War in Ukraine puts spotlight on Russian language in Azerbaijan

The president has reaffirmed the special place that the Russian language has in Azerbaijan even as a backlash against Russian culture has swept the rest of the world. 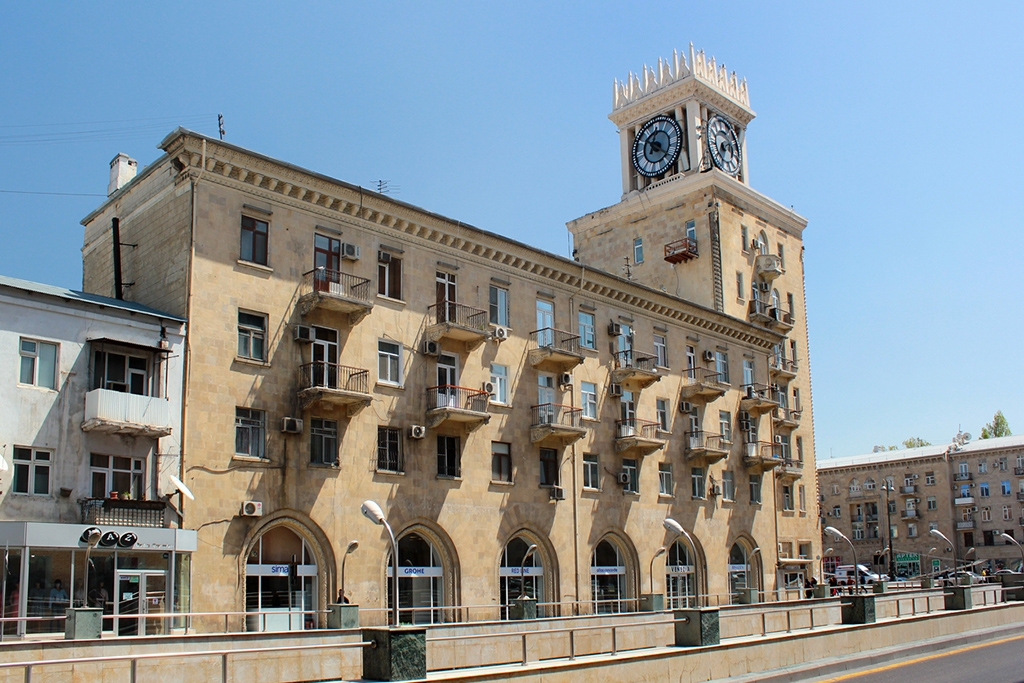 Time has not been kind to the Russian language in Azerbaijan. (iStock)

Tarlan Baghirov, a 48-year-old barber in Baku, recently went on a bus tour with his family to the northern city of Guba. Their guide was an ethnic Russian Bakuvian, and she spoke only Russian to the tourists.

The Baghirovs understood perfectly: they are all graduates of “Russian sector” schools, the Russian-language segment of the Azerbaijani public school system. But Baghirov prefers to speak Azerbaijani, and he asked the guide why she was speaking Russian.

“When I confronted her, it turned out she speaks fluent Azerbaijani,” he recalled. It quickly got heated. “She called me a ‘Nazi’ for saying she should speak Azerbaijani. I said she is a Nazi for thinking that her ethnic language is superior to that of her country of citizenship.” But it worked: “Until the end of the trip, she didn’t speak another word of Russian.”

Baku is perhaps the last significant outpost of the Russian language in the Caucasus, with a small but influential minority of residents who still speak Russian as their first language more than three decades after the country gained independence from the Soviet Union. The continued strength of the Russian language in Azerbaijan is a key element of relations between Baku and Moscow, with the presidents of both countries regularly citing it as proof of the strong ties between the two peoples.

But Azerbaijanis’ revulsion to Russia’s war on Ukraine has again put the spotlight on the enduring presence of the Russian language in the country.

Although Baghirov got a Russian-language education himself, he said he's never been fond of Russian literature, which he derides as “full of butchery” and “lazy and angry protagonists.” He only sent his kids to Russian school because “the Russian sector provides a relatively high level of education compared to the Azerbaijani sector,” he told Eurasianet.

Now, the war has pushed him to act. He says he has decided to stop serving Russian-speaking customers at his barber shop unless they switch to Azerbaijani with him. “Unless we speak up, these people will continue to use the language of imperialism,” he said.

To Russian President Vladimir Putin, and his Azerbaijani counterpart Ilham Aliyev, Russian is not a colonial language.

When the two met on February 22 in Moscow, Putin thanked Aliyev “for supporting the resolution of humanitarian issues […] first of all, the development of the Russian language.” He continued: “I know that the Russian language is actively taught in 300 schools in Azerbaijan, and this language is popular […] Of course, we will continue to support it by all means.”

Aliyev then offered a gentle correction: there were in fact 340 Russian-language schools in Azerbaijan, he said, enrolling more than 140,000 pupils.

“In my opinion, this is a very important basis of our relations and future ties because the Russian language has always united the countries of the former Soviet Union, and, of course, it will be very difficult to regulate the relations of future generations without speaking Russian,” Aliyev said.

Two days later, Russia launched its invasion of Ukraine, and since then Baku has been engaged in a balancing act, supporting Ukraine without publicly criticizing Russia.

And even as the invasion of Ukraine has sparked a backlash against Russian culture around the world, the Azerbaijani authorities have made clear that won’t happen in Azerbaijan.

"Russian culture and the Russian language should not be subject to sanctions,” said Hikmet Hajiyev, Aliyev’s top foreign policy adviser, told a forum on March 14. “Both culture and language should stay outside politics. This is the most important issue.”

In an April 1 letter to Putin commemorating the 30th anniversary of Azerbaijan-Russia relations, Aliyev reiterated his support for the Russian sector schools. “Russian-language education in Azerbaijani schools and universities confirm the importance we attach to the humanitarian agenda of our partnership,” he wrote.

The Russian sector schools have in fact been on the decline for some time. The figure of 140,000 students in Russian sector schools that Aliyev cited is down from 250,000 in the 1990-91 school year. In 1994, 38 percent of Azerbaijanis reported speaking Russian fluently; in separate surveys more recently the number had dropped under 10 percent.

There are periodic controversies around the Russian schools, and chronic shortages of teachers. For many in Azerbaijan, there is no reason to have Russian schools at all any more, and the invasion of Ukraine has again spurred calls to shut them down.

“If you can’t close Russian sectors, they should be squeezed by admitting the first-graders [to Russian schools] in as limited numbers as possible,” activist Javid Gara wrote on Facebook recently, adding: “If there is no political will [to close them], if the environment doesn’t allow for it, what about acting with some logic.”

But there remains a high demand among parents. Under Gara’s post, one commenter said that in his local school’s Russian sector there were 45 students in one class; another claimed that parents bribe school principals to get their kids enrolled in Russian sectors, thus leading to the overcrowded classrooms.

Still, the future of Russian-language education in Azerbaijan “seems doubtful,” said Sergey Rumyantsev, a Baku-born professor of sociology and co-founder of the Berlin-based Center for Independent Social Research. “It is obvious that the Russian sector will be narrowed and absorbed by the Azerbaijani sector over time. Education in foreign languages (English and Russian) will become more and more elite. It is also obvious that the Russian language is gradually losing competition to the English language,” he told Eurasianet in an email interview.

The war is creating some short-term boosts for the Russian language in Azerbaijan. Some Russians fleeing repression and sanctions in their country have gone to Baku, though not in nearly the numbers as in Tbilisi and Yerevan.

“Among the three South Caucasian countries, Azerbaijan is least known in Russia. Azerbaijan is perceived as a Muslim country, sometimes unsafe,” Rumyantsev said. “For Russians who left Russia because of the war in Ukraine, the Azerbaijani regime looks no less dubious and authoritarian than Putin's regime.” On top of that, the bureaucracy for migrants from Russia is more onerous: they can stay in Azerbaijan for 90 days visa-free, while they can stay in Armenia for six months and in Georgia, a year.

At the same time, though, the war and the resulting economic crisis in Russia could lead to a large-scale return of the Azerbaijanis now living there.

“If many of them move to Azerbaijan, it is possible that the environment of Russian-speaking people will suddenly and for some time expand, and the demand for education in Russian will temporarily increase,” Rumyantsev said.