The U.S. is pressing companies to show vigilance over export control evasion attempts. 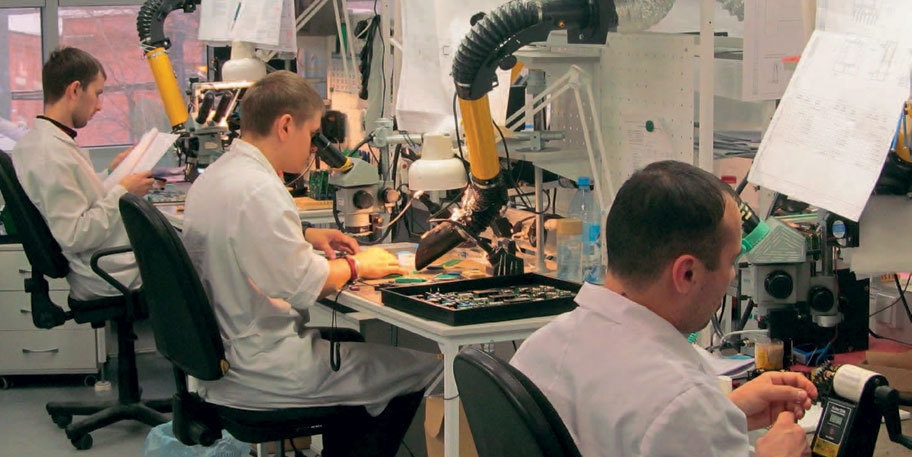 Electronics are among the items earmarked for sanctions. (Photo: Tomsk regional government)

Four Central Asian states have appeared on a U.S. government alert over their potential to facilitate the evasion of sanctions imposed against Russia and its ally Belarus over the invasion of Ukraine.

Kazakhstan, Kyrgyzstan, Tajikistan and Uzbekistan feature on a list of 18 countries that Washington has singled out as “common transshipment points through which restricted or controlled exports have been known to pass before reaching destinations in Russia or Belarus.”

The list appeared in a joint alert issued by the Financial Crimes Enforcement Network and the U.S. Department of Commerce’s Bureau of Industry and Security at the end of last month.

It was intended to “urge increased vigilance for potential Russian and Belarusian export control evasion attempts.”

The statement did not accuse these or any of the other countries named – a diverse group that included Armenia, Georgia, China, Brazil, Israel, India, Singapore and Taiwan – of facilitating sanctions-dodging. But it did say the nations were among “certain common transshipment points through which restricted or controlled exports have been known to pass before reaching destinations in Russia or Belarus.”

“In some instances, controlled U.S. items may be legally exported to these and other jurisdictions as inputs for the production of other finished goods. However, further export to Russia or Belarus of those finished products and goods, potentially through additional transshipment points, may be prohibited,” the statement read.

The list did not include all transshipment points that could be used for sanctions evasion, but noted that it was designed to “assist in the risk-based screening of export-related financial transactions.”

The statement also listed 22 red flags that should alert companies about the potential for one of their trading partners becoming engaged in sanctions-busting.

The first one involved dealings with any company that “transports commodities of concern and uses trade corridors known to serve as possible transshipment points for exports to Russia and Belarus.” The footnote to this red flag contained the list of 18 countries that included the Central Asian states.

The U.S. government further listed commodities “presenting special concern because of their potential diversion to and end use by Russia and Belarus to further their military and defense capabilities.”

The U.S. government issued its alert just as Washington imposed punitive measures on an Uzbek company over its dealings with a sanctioned Russian firm that it said amounted to collusion in sanctions-dodging. Promcomplektlogistic company “has actively supported” Russian company Radioavtomatika in its “effort to evade U.S. sanctions,” the State Department said at the end of June.

Its transgressions included “providing electronic components such as microcircuits to Radioavtomatika,” which procures foreign items for Russia’s defense industry.

In another incident, Kazakhstan was recently embroiled in a row when Ukraine alleged that a Russian-flagged vessel belonging to the country’s state railway operator was transporting stolen grain.