While he remains free, Bishkek may struggle to negotiate for American aid. 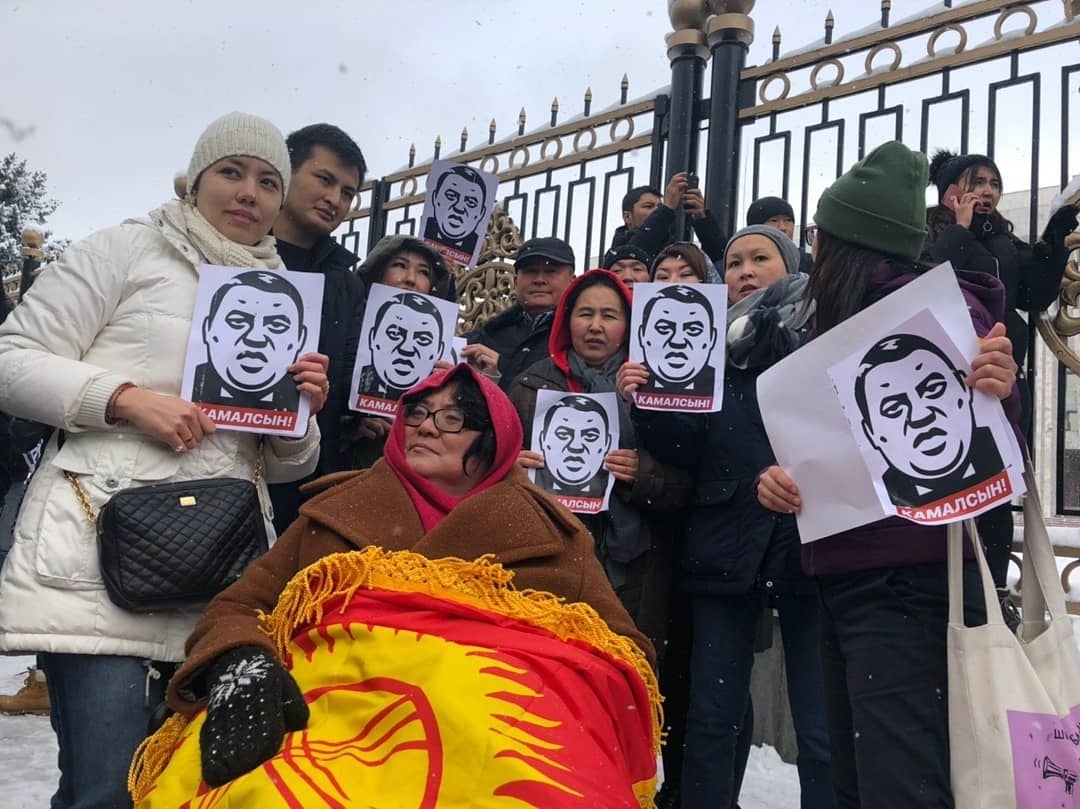 Protestors hold up pictures of Matraimov at an anticorruption rally in Bishkek last year. (@umut2020kg)

Washington has sanctioned a notorious and politically influential former Kyrgyz customs official who is alleged to have stollen hundreds of millions of dollars from state coffers.

The Treasury Department announced on December 9 that it had added Rayimbek Matraimov to its specially designated nationals list under the authority of the Global Magnitsky Act, freezing any assets he has in the United States and complicating relations with Bishkek while he remains free.

Claims that Matraimov, mockingly nicknamed “Rayim Million” for his reputed wealth, has been involved in sweeping levels of corruption have been levelled to date mostly by independent journalists and anti-graft activists. According to a series of journalistic investigations published last year, Matraimov is said to have siphoned off up to $700 million. But under the recently deposed President Sooronbai Jeenbekov, investigators undertook no real measures to look into those allegations. Instead, activists were harassed and beaten; one former associate who spoke with journalists was murdered in Istanbul.

In that environment, Matraimov acted as a kingmaker ahead of the October parliamentary elections, allegedly bankrolling a pro-Jeenbekov party. Anger at the lopsided results, however, resulted in mayhem, the looting of government buildings, and Jeenbekov’s resignation.

After the violent change of power, security service agents briefly detained Matraimov on charges that he had operated a corrupt scheme to “extract shadow income during [his] administration of the customs system.” Matraimov was released under house arrest after he pledged to pay back $24 million in damages owed to the state.

It remains to be seen if new leader Sadyr Japarov, who seized power in October and is overseeing a rewrite of the constitution while standing largely unchallenged for president in snap polls next month, will make a concerted effort to lock up such criminal elements.

While Matraimov remains free, the sanctions may complicate penurious Bishkek’s calls for aid.