A new study finds a correlation: the more education, the more positive one’s view of trade with China. 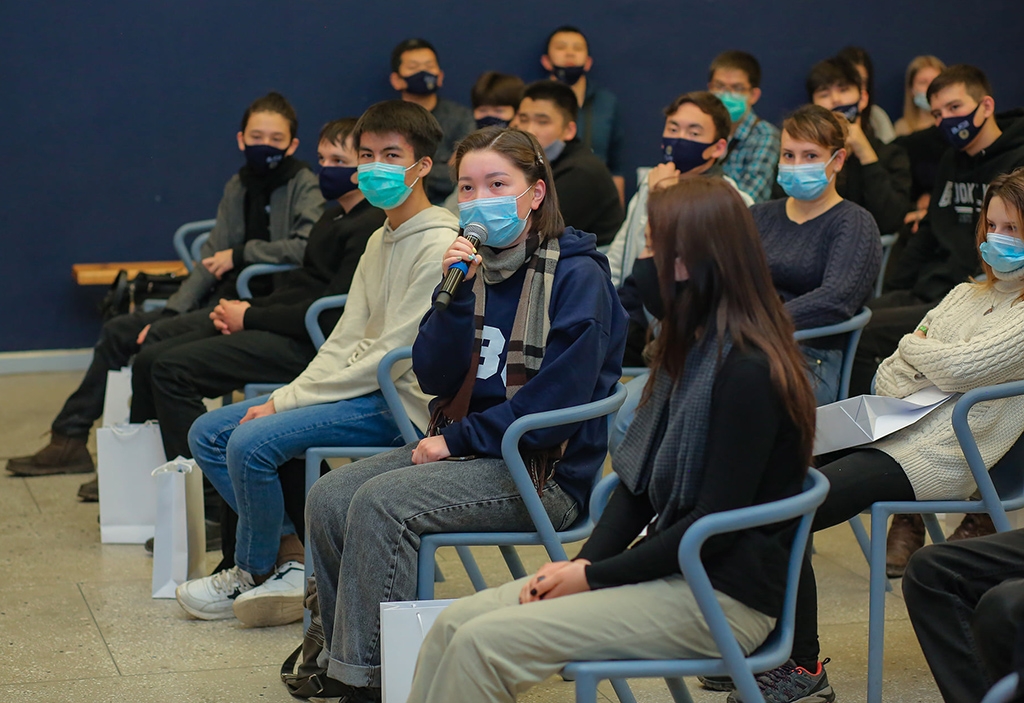 The paper presents a glimpse into the thinking of Central Asia’s future professional class. (AUCA)

Among young Kyrgyzstanis, the more years they have studied at university, the likelier they are to feel positive about trading with China.

That is among the findings of a small new study on how Central Asia’s future leaders feel about their giant neighbor – a topic of much speculation but little structured inquiry. Though China is Central Asia’s largest investor, and it is frequently targeted by protestors concerned about unchecked development, human rights, and concerns over land use, there is little public opinion polling on China in the region.

“Perceptions of China in Central Asia: Findings from an elite university in Bishkek,” was published recently in the Asian Journal of Comparative Politics by Christopher Primiano at KIMEP University in Kazakhstan, Dana Rice of the Australian National University, and Alma Kudebayeva of KIMEP.

The sample size was small – and limited to students at the American University of Central Asia (AUCA) in Kyrgyzstan’s capital – but offers some rare insights.

Primiano and his colleagues acknowledge “that such studies miss out on the more nuanced perceptions of other social groups. However, we argue that the students in a prestigious university like AUCA are likely to be among the ‘future elites’ of the region and therefore their views are disproportionally important to understand."

Rather than widely distribute the survey and risk self-selection bias, the scholars administered their questionnaire during live classes they joined over Zoom. So as not to influence the students on a loaded topic, they framed their questions to appear that they were seeking opinions on a variety of issues, not only China.

The scholars collected 120 responses from students across all four years of university, or about 10 percent of the AUCA student body. Sixty-one percent were female. Just over half were Kyrgyzstani; 20 percent were from Afghanistan, 16 percent from Tajikistan, and a couple each from Uzbekistan and Kazakhstan. Some findings:

The authors plan to scale up the research at other schools in Kyrgyzstan.

A 2020 poll of 4,500 people in Kazakhstan, Kyrgyzstan and Uzbekistan found that the longer Central Asians host Chinese investors, the keener they are on seeing them leave: In Kazakhstan and Kyrgyzstan, more than 70 percent of respondents were “very concerned” by Chinese people purchasing land in their countries.