What does the Taliban’s ascendancy mean for Tajikistan?

Tajik officials no longer speak about the militants with complete disdain. 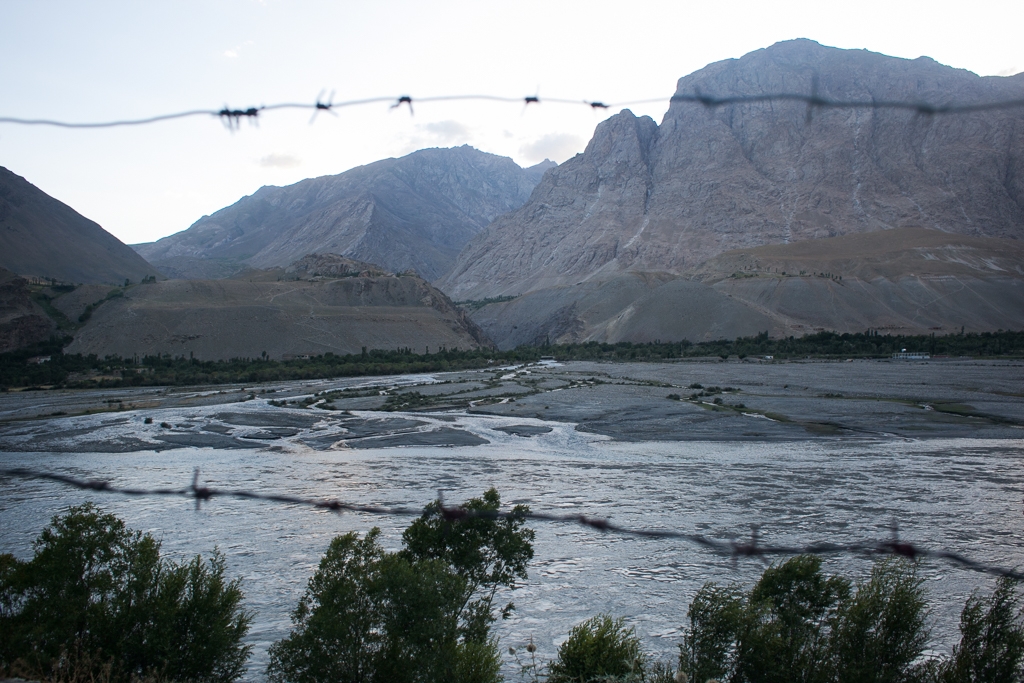 Afghanistan’s border with Tajikistan has fallen almost completely – if not fully – under Taliban control. How and when did this happen?

Nationwide Taliban offenses surged as soon as U.S.-led forces in Afghanistan declared in May that they intended to pull out by the end of summer. The collapse of Afghan government defenses across the provinces has been rapid. The Taliban look to have focused their strategy heavily on seizing areas on the country’s periphery.

On June 22, they captured the Shir Khan Bandar crossing into Tajikistan, a location around 60 kilometers north of the Afghan city of Kunduz. This was a particularly humiliating blow as the $37 million, 700-meter bridge that replaced the ferry boats that used to ply the Pyanj River was completed in 2007 with U.S. government funding. Now, the Taliban are using the bridge to levy informal customs fees and fund their own operations.

On July 8, Anatoly Sidorov, the head of Joint Staff at the Moscow-led Collective Security Treaty Organization defense bloc, of which Tajikistan is a member, said that almost the entire Afghan-Tajik border was now in Taliban hands.

“We saw that Taliban posts have already been set up on the other side,” Sidorov said in an interview following a visit to the Tajik border. “They have set up observation posts, checkpoints, and security posts. It is all marked with white flags, there is everything there in open view, including weapons. They are not hiding anything.”

The 1,357-kilometer Afghan-Tajik border is bridged by six crossings in total – five of them are able to support automobile traffic.

The Tajik authorities are not making any comment on the situation. The Afghan Embassy in Dushanbe has likewise declined to respond to Eurasianet queries.

Is any of the unrest spilling into Tajikistan itself?

The capture of the Shir Khan Bandar crossing saw the first mass flight of defeated Afghan troops into Tajikistan. What started as a trickle became a torrent.

The number of fleeing Afghan troops that have been forced to seek haven in Tajikistan to date has reached more than 1,500. Tajik authorities say the troops were all sent back to Kabul on charter flights.

Many hundreds of civilians are also said to have sought refuge in Tajikistan. The Afghan ambassador in Dushanbe on July 9 posted images of his visit to a tent camp in the Gorno-Badakhshan Autonomous Region’s Shughnon district. He said in a Facebook post that more than 1,000 people were in the camp.

Between COVID-19 and the unrest, ordinary travel across the border has long since been suspended. Officially, the borders are shut, and the Afghan Embassy is on paper no longer issuing visas. Anonymous sources have told Eurasianet, however, that they have still been able to get visas through illicit channels and to cross at Shir Khan Bandar.

Why would people even want to travel at this time?

It is truckers who are mainly still crossing the border. One long-distance trucker, Farrukh, told Eurasianet that he had personally returned from Shir Khan Bandar on July 8.

“On the whole, it is like it was before. Just some of the border and customs staff have changed. And that’s it,” he said.

Tajik truckers are mostly only going as far as Shir Khan Bandar, to drop off or pick up goods, although nobody is explicitly forbidding them from going further.

Adjmal Kokar, a journalist from the Afghan city of Kunduz, told Eurasianet that there are Tajik drivers going deep into the country without trouble. So long as Tajik border officers give the green light, and they seem to be amenable, there is no issue.

What kind of trade do Afghanistan and Tajikistan do?

Legally, not a huge amount. Tajik officials assessed bilateral trade in 2020 at $70.7 million. Most of that – $69.8 million – goes from Tajikistan to Afghanistan.

The bulk of this trade is not even tangible items. Fully 65 percent of Tajik exports is electricity. There is no clear picture on how the situation is affecting those supplies. The rest is mostly cement and aluminum products. Afghanistan exports fruit and vegetables, carpets and other handicrafts.

And then there are narcotics, of course, which are not reflected in trading data. Between domestic consumption, production and export, opiates are estimated to have generated $2.1 billion in Afghanistan in 2019 alone. Large amounts of the heroin that reaches Russia first crosses Tajikistan.

Tajikistan does import some volumes of citrus fruits, bananas, potatoes and sometimes carrots from Pakistan, though. So if Afghanistan ceases to be a viable transit country for a period, it will cause some discomfort on the Tajik market, which has witnessed steeply rising food prices during the coronavirus pandemic.

What is Tajikistan’s official position on the Taliban?

Not clear. Tajik security services are assumed to be in deep, covert dialogue with all kinds of elements inside Afghanistan.

But some hints about the government’s overall posture are offered by their public pronouncements. The Taliban are no longer spoken about in state media with complete disdain.

When the State Committee for National Security, or GKNB, publishes any statements about the banned opposition Islamic Renaissance Party of Tajikistan, it refers to it as a terrorist and extremist group. The Taliban is also legally recognized as an extremist organization, but the GKNB has quietly dispensed with this descriptor in recent times, opting for the more neutral term “armed group.”

The compliments are mutual. The Taliban was at pains earlier this week to reassure Dushanbe that it would respect Tajik sovereignty and that it intended no harm.

A Taliban delegation on July 8 brought this same message, and more, to Russia. The group's representatives said they were determined to “achieve sustainable peace … through negotiations” and that they would “take into account the interests of all ethnic groups [and] respect human rights, including women’s rights, within the framework of Islamic norms and Afghan traditions.”