What Eurasia can expect from the oil crash

The region is tightening belts and preparing for pain. But there are reasons to hope the trickledown from Russia won’t be as bad as last time, in 2014. 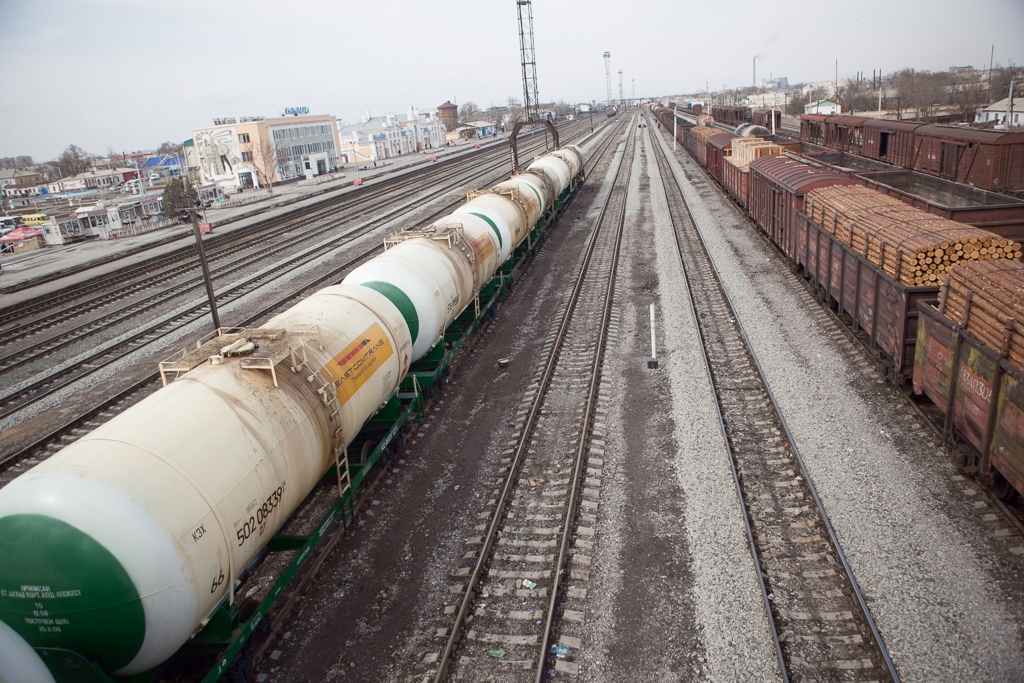 A feud between Saudi Arabia and Russia that sent oil prices plunging on March 9 has rewritten economic forecasts across Eurasia.

Azerbaijan, Kazakhstan and Russia – the former Soviet Union’s largest oil producers – are preparing for budget shortfalls, pressure on their currencies and possibly recession. Adding to uncertainty is the panic over the quickening spread of the novel coronavirus causing COVID-19, which has cut consumer demand around the world.

Only last year Azerbaijan increased pensions and other social services to ease the pain of inflation and address rising discontent. At the time, President Ilham Aliyev said the spending would be covered by reforms to the tax system. Some of those funds would come from higher customs revenues, consumer spending (via a value-added tax), and an expected uptick in tourist arrivals. Yet these returns are now expected to fall because of COVID-19, said Gubad Ibadoglu, a senior analyst at the Economic Research Center in Baku and an assistant professor of economics at Rutgers University.

According to IMF data, Azerbaijan needs an oil price of around $53 per barrel to balance its budget. Benchmark Brent crude was trading around $36 on March 9, a market holiday in much of the former Soviet Union.

Because the government fears unrest, “it is impossible to cut social payments, which are almost 65 percent of the state budget,” Ibadoglu said in an interview. “The only way [to save] is to cut the investment budget and the defense budget. It’s not easy to cut the defense budget […] and the investment budget was already smaller [in 2020] than last year.”

After the last oil crash, in 2014, Azerbaijan devalued the manat twice. This time Ibadoglu expects Baku to manage a softer slide by spending hard currency reserves but foresees a run on banks when they open March 10 after a holiday weekend. “Nobody trusts the banking sector after the two devaluations,” he said. He also calculates that the Central Bank only has reserves to manage the manat for a few months.

In Kazakhstan, where the budget is based on an oil price around $57.80, President Jomart Kassym-Tokayev on March 9 promised to fulfill all government social obligations, but said Nur-Sultan would be forced to cut somewhere.

The oil crash couldn’t come at a worse time. In recent days, citing force majeure due to the coronavirus, China has signaled it may slow purchases of gas from Kazakhstan, Turkmenistan and Uzbekistan.

Many in the region will be glad to hear that at least Russia is better equipped to manage the crash this time than in 2014, though any recession would likely hurt migrant laborers.

Combined, Kyrgyzstan, Tajikistan and Uzbekistan supply Russia with 4-5 million temporary workers; Armenia adds hundreds of thousands more. These workers’ wages contribute the equivalent of over 30 percent of GDP in both Kyrgyzstan and Tajikistan, making them two of the most remittance-dependent countries in the world. After the 2014 crash, remittances to Central Asia fell over 50 percent, sowing pain in places like Naryn and Badakhshan. The transfers had largely recovered in recent years.

Today Moscow is much better prepared than it was six years ago, when the oil collapse combined with Western sanctions over Russia’s military adventures in Ukraine gutted the ruble, sending the currency to record lows. Since then Moscow has adopted a fiscal rule, basing its budget on an oil price of $42.60 per barrel; earnings above that amount are stashed in a sovereign wealth fund. When oil falls below that point, reports The Bell, the funds are spent to shore up budget deficits. (The Finance Ministry says that the amount currently in the fund, which is over 10.1 trillion rubles, will be enough to last Russia 6-10 years with oil prices at $25-30.)

This has somewhat decoupled the ruble from the oil price, though the ruble fell about 9 percent on forex markets March 9. The ruble’s fall will push down other currencies in the region.

For consumers, some of this pain may be mitigated by lower energy prices. For oil producers that price their exports in dollars, weaker currencies will make domestic spending cheaper. But any consolation will be ephemeral: Weaker currencies should stoke inflation.

Ibadoglu said Baku did not learn from previous devaluations, that it has done too little to wean itself off oil revenues. Today looks a lot like the day before the last crisis, he said: “The budget depends almost the same on the oil price and on oil revenues.”