What Is to Be Done About the ‘Russian Question?’ 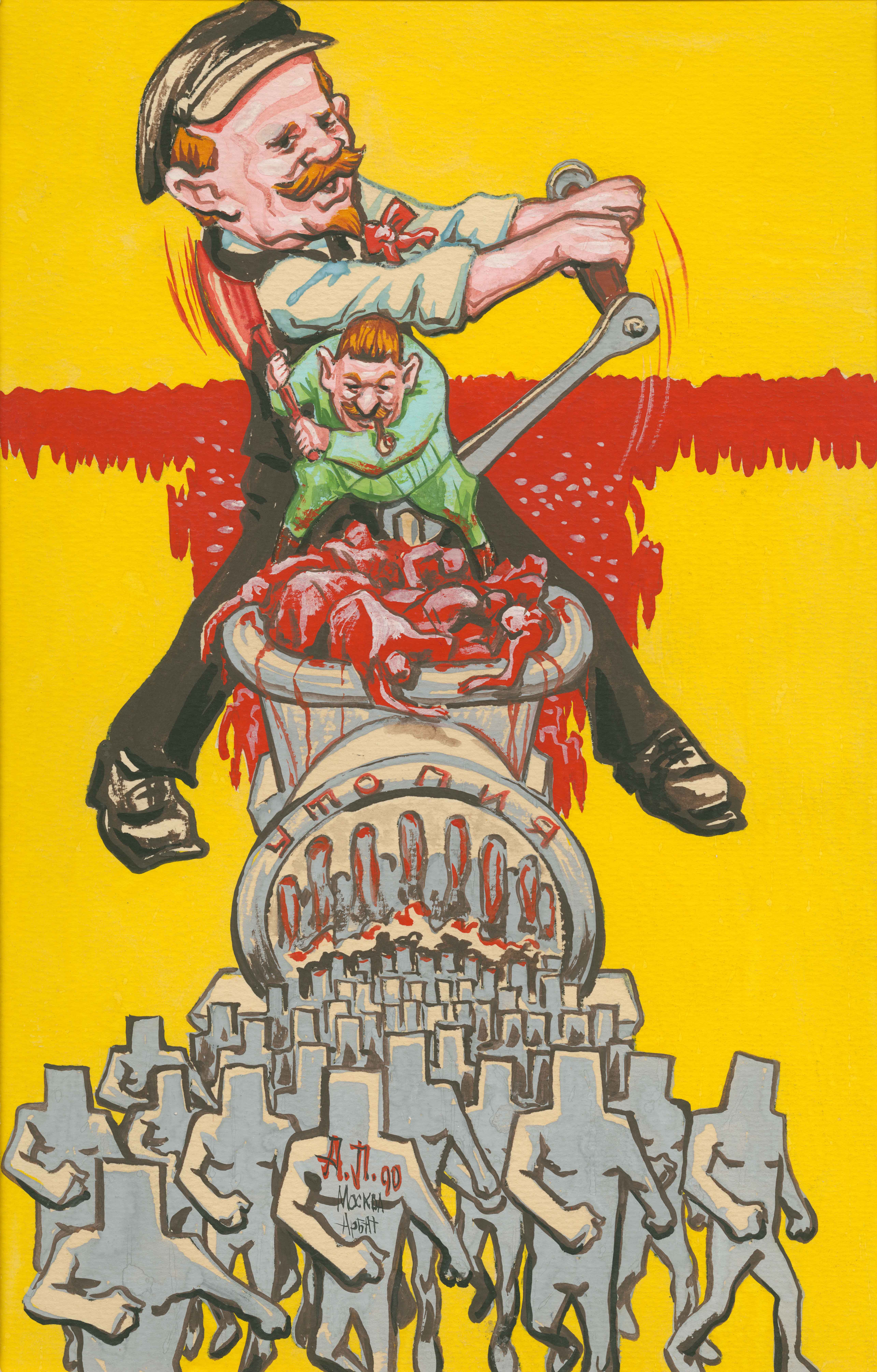 The October Revolution of 1917 was not a singular event, but five years of violent political upheaval and social radicalization, culminating with the establishment of the Soviet Union in 1922. It set the empire’s many peoples on the path to modern nationhood. Yet one of the paradoxes of October is that it did not resolve the “Russian Question.”

The relationship between empire and nation lies at the heart of Russia’s modern history. Some commentators argue that since the 19th century, the history of Russia has been one of an empire that wanted to act like a nation-state. Russian imperial bureaucrats did not succeed either in creating a viable civic national identity based on pan-imperial citizenship, or in forming a Russian ethnic nation based on Russian (russkii) ethnicity. According to Ronald Suny and other like-minded scholars, the Russian Empire’s story is one of the “incomplete nation-building.”

The 1917 Revolution and the formation of the Soviet Union marked a radical departure from Russian imperial practices. The former empire was reconstituted as a Soviet federation of national republics (quasi-states), as well as smaller territorial units, based on ethnic identities. The Soviets found an unorthodox way of dealing with the Russian Empire’s multi-ethnic character – they opted for a federation in which each “ethnic minority” was turned into an “ethnic majority,” or “titular nationality,” within a specifically delineated administrative territory.

By territorializing ethnicity, the Soviets de jure bestowed the status of nation onto all the “subjects of the federation.” But they did this with one crucial exception – the Russians.

In the far corners of the former empire, the many nations that had been subjugated under the tsar now had their national homelands and were encouraged to foster individual national identities and cultures, albeit within a rigid Soviet framework: “national in form, socialist in content.”

Throughout the entire Soviet period, however, the Russian Soviet Federative Socialist Republic was the only republic where this formula was purposefully not adopted: the RSFSR was not considered a national homeland of Russians. It was viewed more as an asymmetric federation that combined territorial units with largely ethnic Russian populations and national (nominally non-Russian) autonomous republics. This approach’s main goal was to keep Russian and Soviet identities blurred so that the majority of Russians would view the entire Soviet Union as their own state, rather than the RSFSR.

Russians were thus the only non-nation in the Soviet Union. And at the same time, a new type of supranational “Soviet nation” did not emerge either.

Following the Soviet empire’s collapse, which was brought about in no small measure by the policies of Boris Yeltsin, the then-leader of the Russian Federation, Russians have arguably found themselves in a situation even more disadvantageous than the one in 1917: not only did 14 ex-Soviet republics immediately establish independence, claiming their right to a “national homeland” within the formerly administrative borders drawn by the Bolsheviks, but nearly 25 million ethnic Russians ended up residing beyond the borders of post-Soviet Russia.

The Russia that emerged from the rubble of the 1991 collapse of the Soviet Union was more of a rump empire than a nation-state. And during the subsequent two-plus decades, it has kept the boundaries of its “geobody” and “cultural body” intentionally blurred, and has built a polity replete with all kinds of ethnic hierarchies that are common characteristics of an imperial formation.

Since 1991, three theories of nation-statehood have competed for primacy in Russia itself – civic, ethnic and neo-imperial.

Russia’s liberals – clearly a “minority faith” – have been the chief champions of a concept of a civic nation, based on the provisions of the 1993 Constitution that characterize Russia as a community of Russian citizens – rossiyane – enjoying equal rights.

Ethnonationalists are the main advocates of a Russian state organized along ethnic lines. They claim that the disintegration of the Soviet Union created – for the first time in Russian history – an opportunity to build a specifically russkii nation, capitalizing on ethnic Russians’ numerical strength within the borders of the Russian Federation.

Finally, there are impertsy (champions of empire) – a disparate group of political thinkers that include so-called Eurasianists. They contend that Russia’s current condition is a prelude to the restoration of empire.

Throughout the Putin era, the government has paid lip service to the civic understanding of nation. But Putin’s Kremlin has never really been interested in implementing such a concept. Civic nations can emerge only in democratic systems, but establishing genuine democracy in Russia is definitely not on the Kremlin’s agenda.

During his time in power, Putin has opted to maneuver between ethnonationalists and “empire-builders.” The annexation of Crimea is the case in point. The land grab in Ukraine was enthusiastically supported by the “impertsy” and the bulk of ethnonationalists – but for different reasons: the former saw the move as the first step toward the rebuilding of empire; the latter hailed it as a successful example of an ethnic Russian reconquista.

The Russian question remains unsettled, and Putin seems content with this. But the lack of clarity in this sphere sets up a potentially explosive situation down the road.

Ethnonationalists’ vision represents a serious challenge to the Kremlin’s tired idea of “a unique Russian civilization.” On top of this, ethnonationalists have only disdain for the corrupt and predatory nature of the current system, and they are ready and willing to resort to grievance politics in order to manipulate popular sentiments and advance their agenda. This makes them a truly subversive political force. And perhaps most alarmingly, they believe that they are destined to be the dominant force in a post-Putin Russia, and are convinced that if the country is to experience another revolution, it will be a nationalist one.