What next for Kyrgyzstan and Kumtor?

Bishkek wants to milk this cash cow for all it's worth. 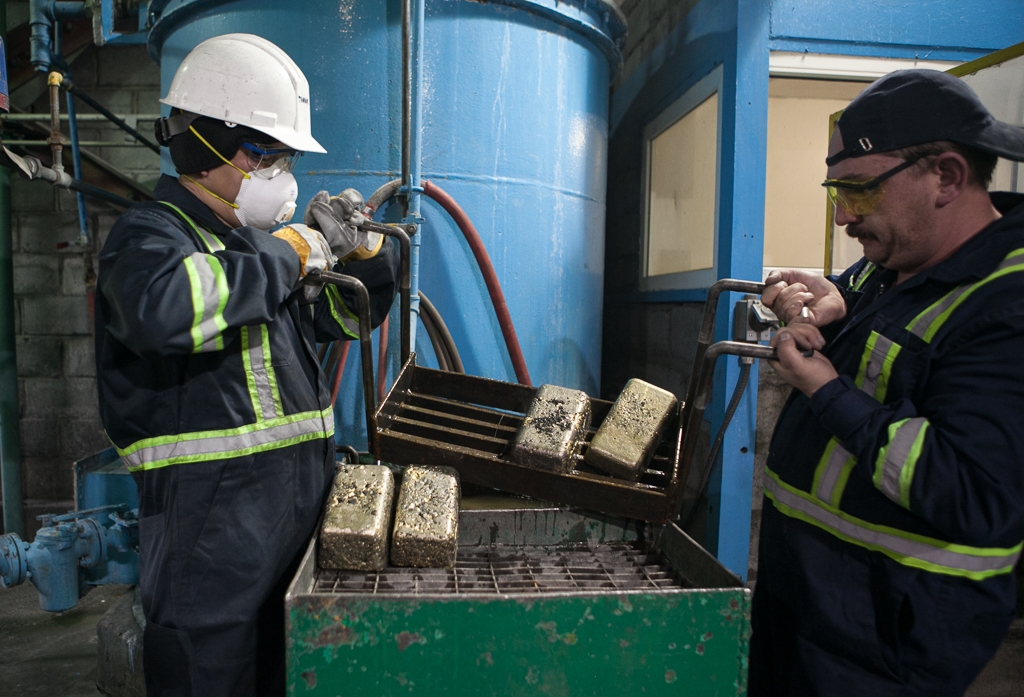 Kyrgyzstan is grabbing hold of the gold. (photo: David Trilling)

Multi-billion-dollar legal claims, a looming expropriation and a fresh international arbitration battle. This month has seen Kyrgyzstan’s always-tense relationship with its biggest private investor, Centerra Gold, unravel with what even the Toronto-listed company acknowledges has been astonishing speed.

In the past, the doomsday scenario for the Kumtor gold mine – nationalization – has been avoided through negotiations, but will this time be different?

Centerra Gold, whose subsidiary Kumtor Gold Company, or KGC, usually operates the mine, said in a statement on May 17 that the Kyrgyz government had effectively seized control of its biggest asset over the weekend.

It achieved this, the company said, by raiding KGC’s offices and by sending state representatives both to the gold mine and the homes of several KGC employees.

Under the terms of a law approved by President Sadyr Japarov this month, the government has acquired the powers to appoint external managers to take over the company on a temporary basis to remedy any alleged environmental and safety violations.

This same law makes it criminally punishable for management appointed by Centerra to interfere in the running of the company during this period.

In a neat bit of timing, a Kyrgyz court on May 7 ruled that had indeed committed environmental violations, causing the state damages worth an eye-watering $3 billion.

Ten days later, lawmakers gave unanimous backing to a state commission investigating Kumtor that had called for those external managers to be appointed.

Centerra has at this point essentially absolved itself of responsibility for events that may occur at the mine and has called on Kyrgyzstan to “take all measures necessary to ensure the safety of Kumtor’s employees and the mine.”

Kyrgyz officials have been at pains to say that it is not. Edil Baisalov, Kyrgyzstan’s ambassador to the United Kingdom stressed the short-term nature of any takeover in a tweet after a session of parliament on May 17: “This is not nationalization!!!” he bellowed. “It is a temporary measure by the largest shareholder of #Centerra and will create value for all shareholders!”

Akylbek Japarov (no relation of the president), who heads the state commission on Kumtor, was similarly insistent, although seemingly less fretful about the interests of the shareholders.

Kyrgyzstan does not need to nationalize the mine as it will be able to get what it wants “through confiscations and other methods,” he said this week.

Japarov has suggested that the seizure of the mine would likely last no more than three months. What nobody can say with certainty is what state Kumtor will be in once this period of administration is over.

Does Centerra want to fight this?

The company said on May 16 that it had initiated international arbitration proceedings against Kyrgyzstan for a third time.

The claims “will be adjudicated by a single arbitrator in arbitration proceedings to be held at Stockholm, Sweden, and conducted under the rules of the United Nations Commission on International Trade Law,” the company said.

In the same statement, it accused Kyrgyzstan of violating the legal framework for the mine, which dates back to the first big Kumtor renegotiation in 2009 and of ignoring an additional strategic agreement that entered force in 2019.

Centerra disputes the validity of all Kyrgyzstan’s legal claims, which include the local court’s decision to fine it over $3 billion for dumping mining tailings on glaciers and the state commission’s claim that it owes over $1 billion in unpaid taxes and other payments.

To be exact, the company has not denied dumping waste on glaciers, but it argues that the 2019 agreement had settled all historical issues of contention, including those involving environmental breaches.

Centerra has one other lever at its disposal. Kyrgyzstan owns a 26 percent stake in Centerra through state-owned mining company Kyrgyzaltyn. The company has now said Kyrgyzaltyn will be barred from carrying out operations involving its shares, exercising voting rights and receiving dividends attributable to KGC operations.

But frustratingly for Bishkek, its sizable stake has never been converted into boardroom power.

Its three appointed directors simply make up the numbers on the 11-person board. And when it came to key decisions like Centerra’s $1 billion purchase of the Mount Milligan mine in British Columbia in 2016, Kyrgyzstan was kept in the dark.

That acquisition diluted Kyrgyzstan’s stake in Centerra and added to the already massive distrust in the relationship.

Centerra’s other, smaller, mining projects theoretically offer Kyrgyzstan an incentive to stay inside the company beyond the Kumtor project, whose current annual production of around 18 tons is expected to enter decline after 2026.

But Kyrgyzstan has never expressed much interest in all that. Japarov, the lawmaker, called the company’s other projects loss-making and argued that Kyrgyzstan would be better off leaving them to Centerra in exchange for full control of Kumtor.

This will be bad news for the investment climate, surely.

Harassment of business by the state has been the norm for years. The story with Kumtor is only the most headline-grabbing case.

The governments of Canada and the United Kingdom as well as the European Bank of Reconstruction have warned that what is happening now could imperil potential future investments.

Bishkek takes a more brutally pragmatic and short-term view on things. Better to milk this cash cow for all it’s worth than to play nice for some vague and intangible opportunity over the horizon.

Where is President Japarov in all this?

Immediately after coming to power in October, Japarov suggested that he would not pursue the nationalization of Kumtor.

This was a surprise for some, because he had for years, as an opposition politician, shaped his brand around that very idea. Since then, he has said almost nothing on the topic. While KGC’s offices were being raided, he was otherwise occupied glad-handing participants of a marathon in his native Issyk-Kul region.

When the Kumtor commission was set up in February, many accused Japarov of hiding behind the lawmakers.

Some were perplexed by the choice as head of Akylbek Japarov, a man who turns coats with remarkable ease – over the many years he served in high office, including as a Finance Minister, he never seemed too troubled by Kumtor.

These days, he breathes fire over the mine. President Japarov eventually took ownership of the commission and his namesake's appointment.

“It doesn’t matter what color the cat, as long as it catches the mouse,” he said of Akylbek Japarov, paraphrasing the late Chinese ruler Deng Xiaoping.