Unusual access decades ago initiated a lifelong passion for one Boston photographer. 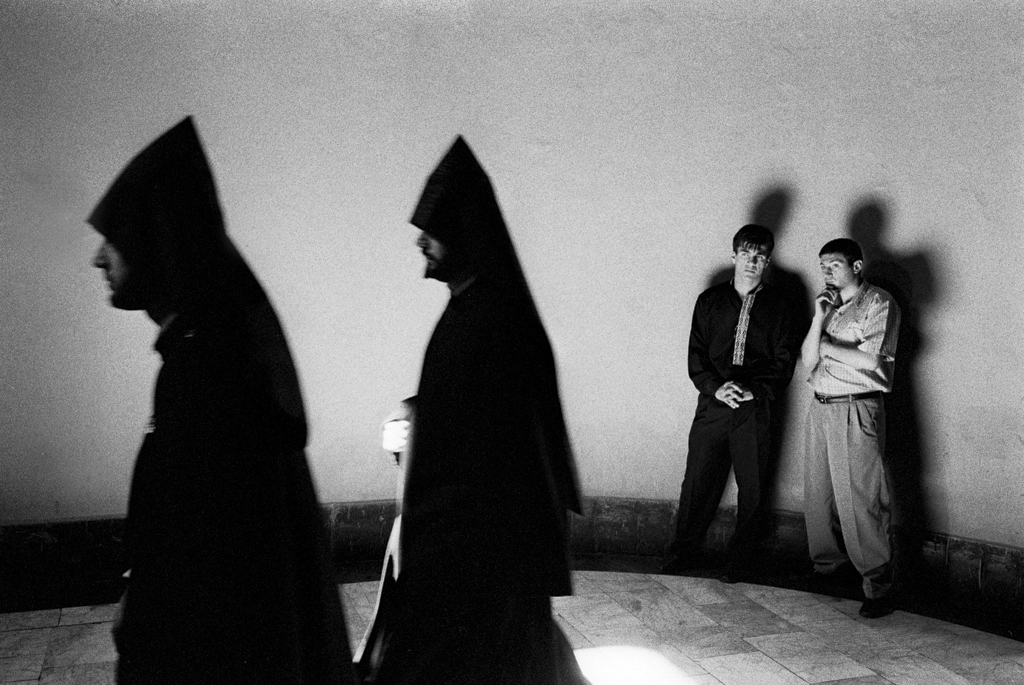 Mother See of Holy Etchmiadzin, begun in the fourth century. (All photos by Winslow Martin)

Winslow Martin was photographing caregivers for a Boston newspaper when he met a “humanist on steroids” who would lead him halfway around the world.

It was 1998 and Father Dajad Davidian was nearing retirement when he invited Martin to follow him around Watertown, Massachusetts, where he kept up a frantic pace ministering to the St James Armenian Apostolic Church community. “Literally morning to night he practiced his hands-on way of helping people. It's almost like he never slept,” Martin says.

"Father Dajad allowed me complete access to the church, but what was amazing was that he gave me amazing access to Armenia,” Martin recalls. “He opened every door directly or indirectly."

On October 27, 1999, Martin was at the Mother See of Holy Etchmiadzin when Karekin II was elected to lead the Armenian church. At nearly the exact moment he was chosen, a shooting in Armenia’s parliament left eight political leaders, including the prime minister dead, with 50 hostages still in captivity. Martin was with the new catholicos when he received the terrible news.

He stayed to document the aftermath and has traveled back many times in the subsequent decades.

This is the first in a two-part series of Martin’s Armenia photographs. 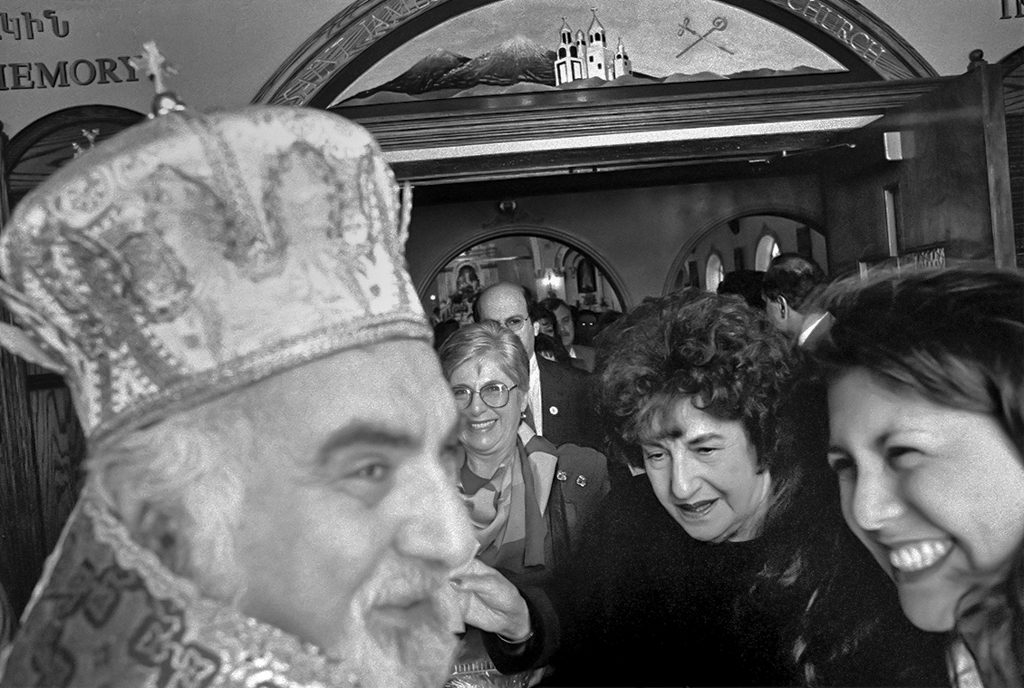 Greetings after Sunday services in Watertown 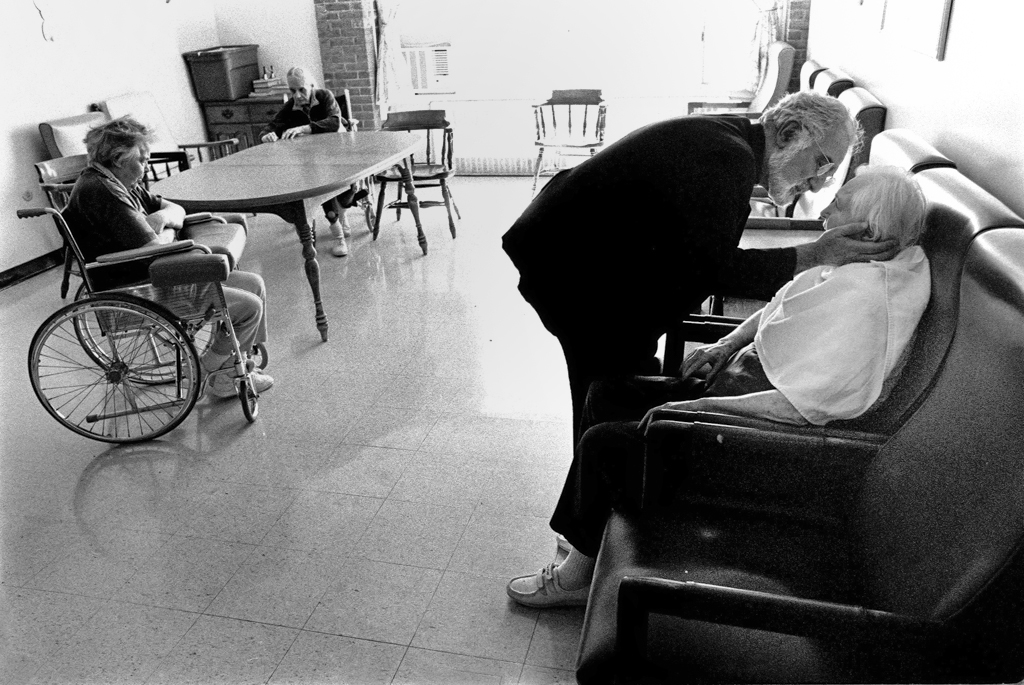 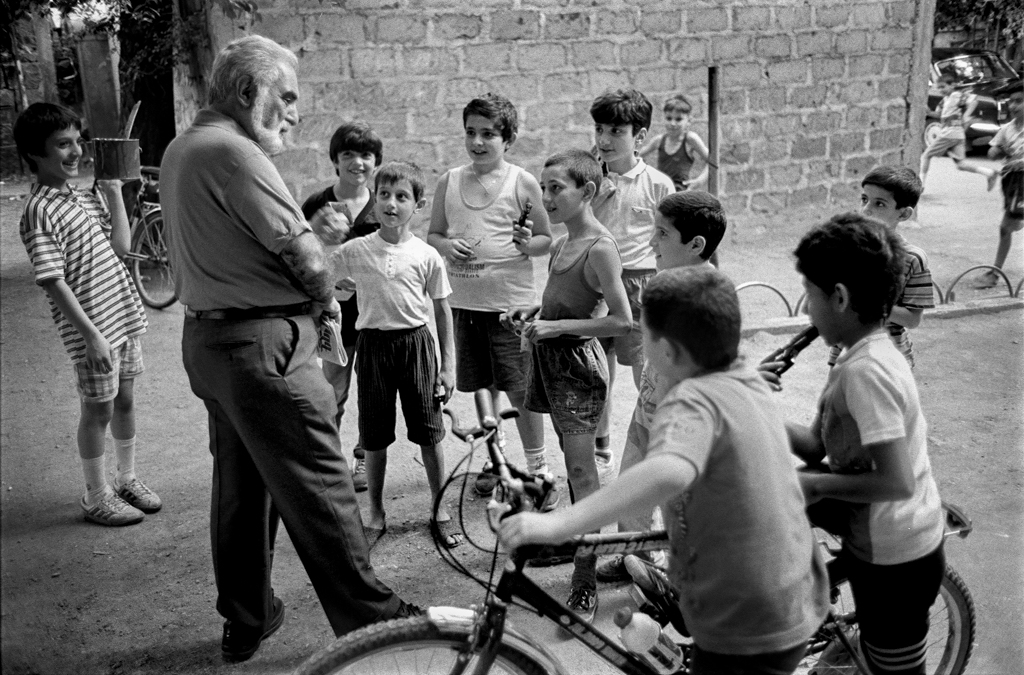 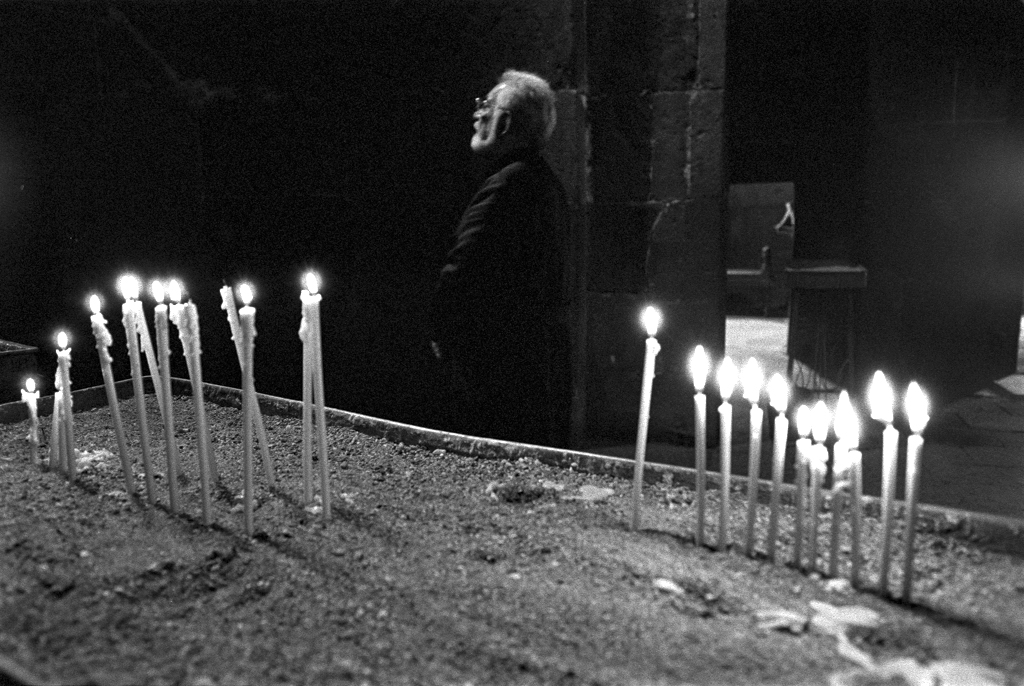 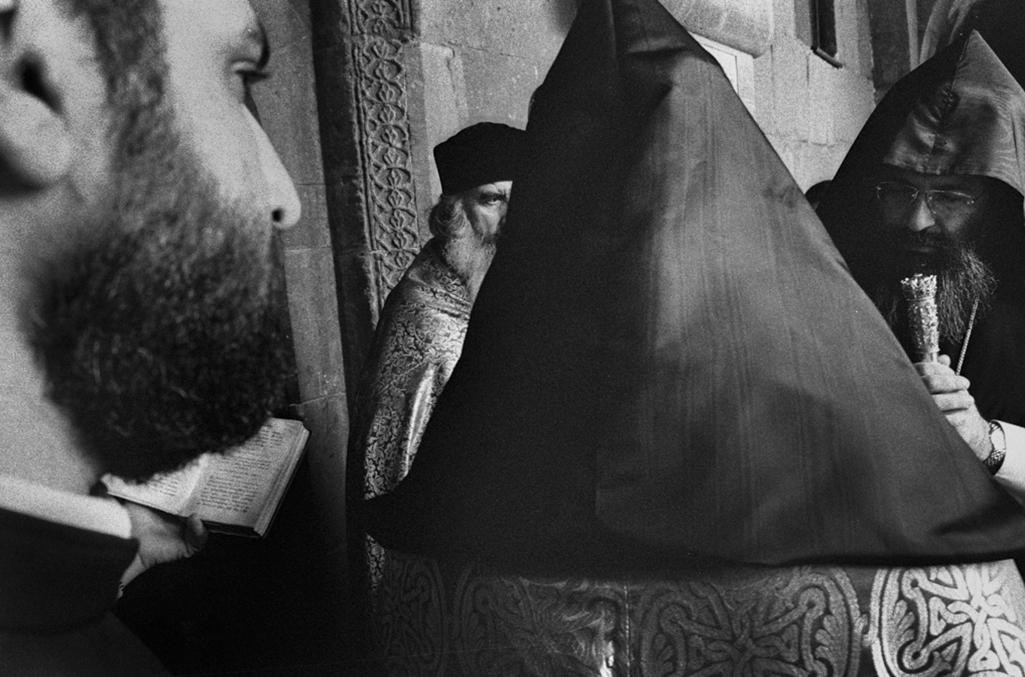 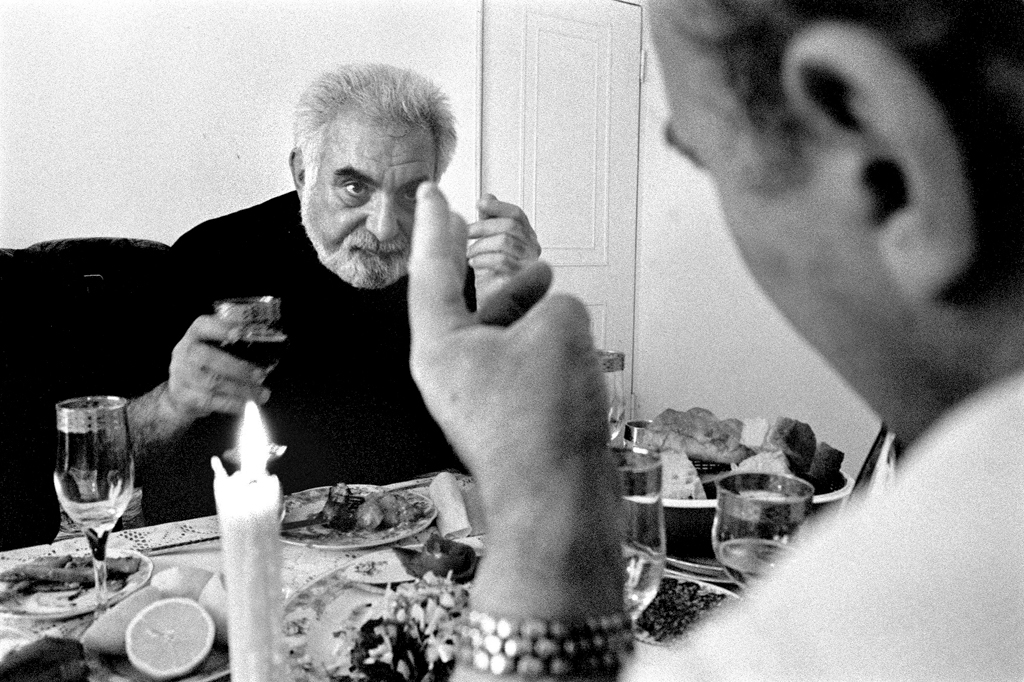 Father Dajad debating with the Mayor of Abovian 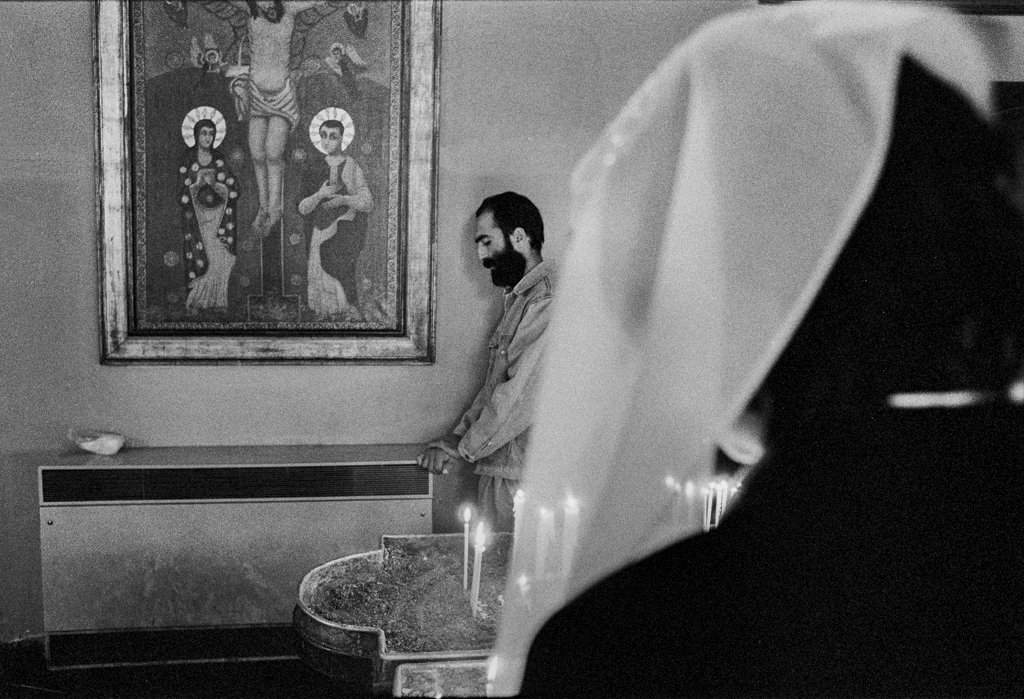 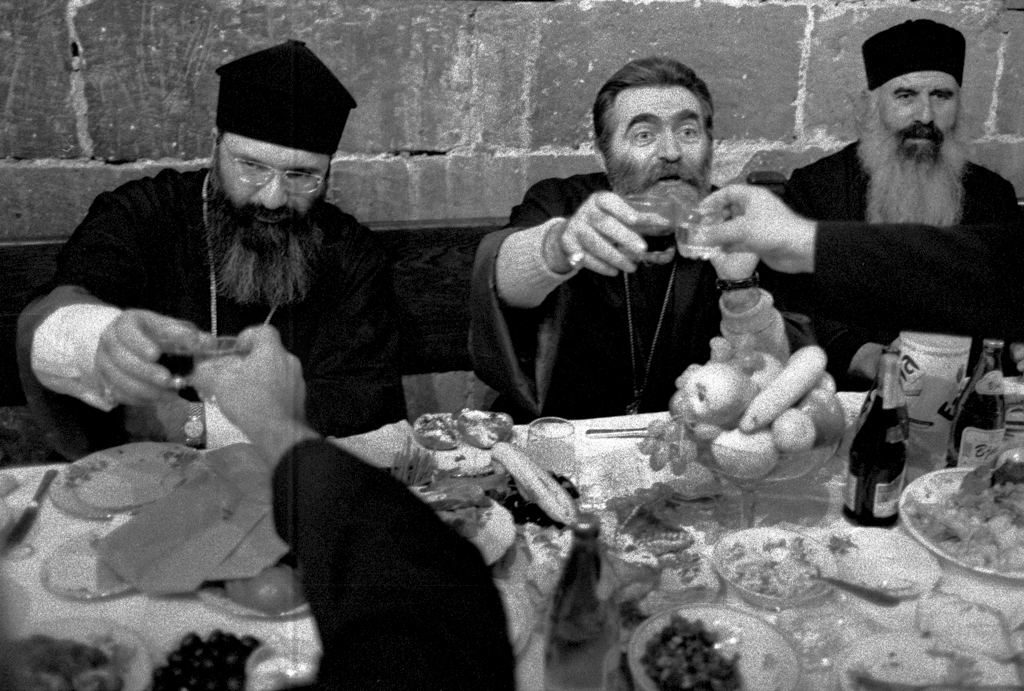 Archbishop Mesrob II Mutafyan, the Armenian patriarch of Constantinople (left), toasts with Archbishop Pargev Martirosyan, primate of the Diocese of Artsakh (center), at a post-baptism banquet 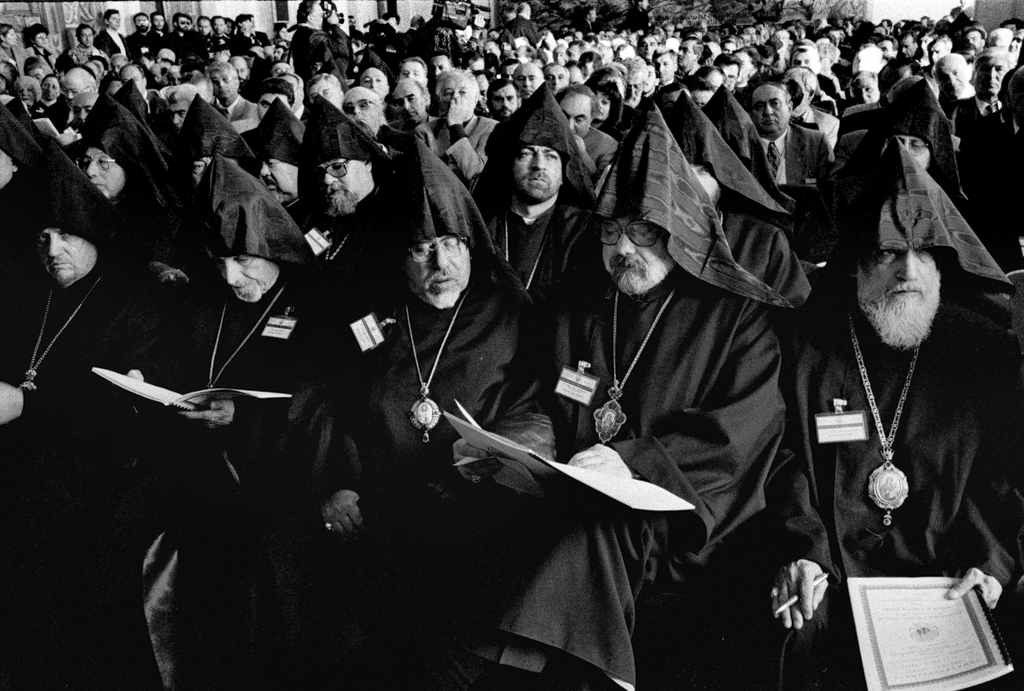 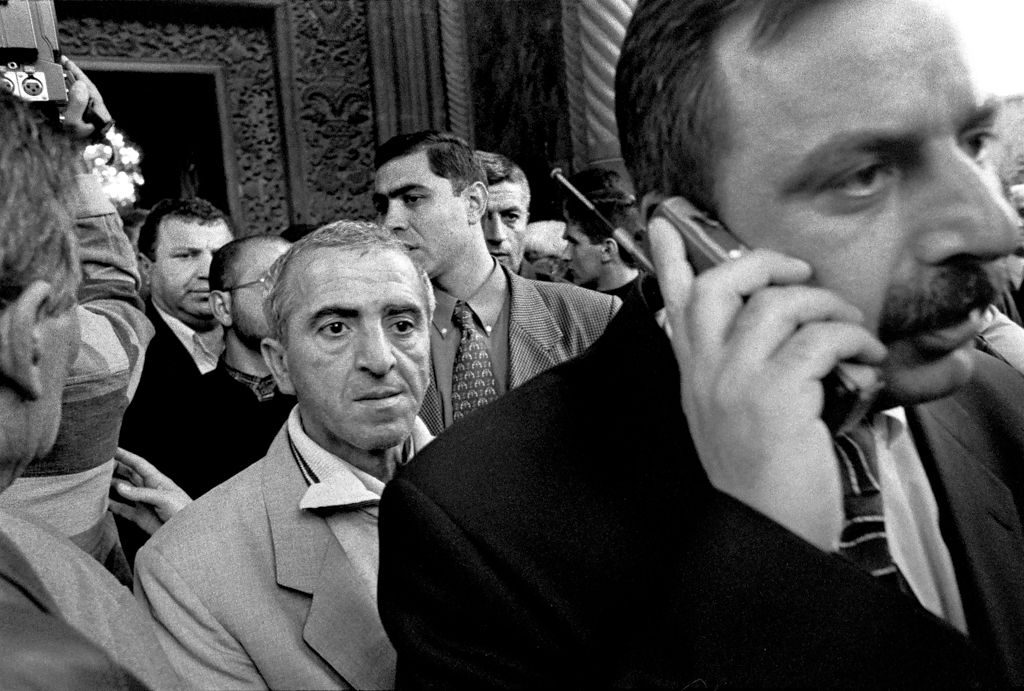 News of the October 27 attacks reaches Etchmiadzin as crowds stream outside, having just voted inside for the new head of their church. 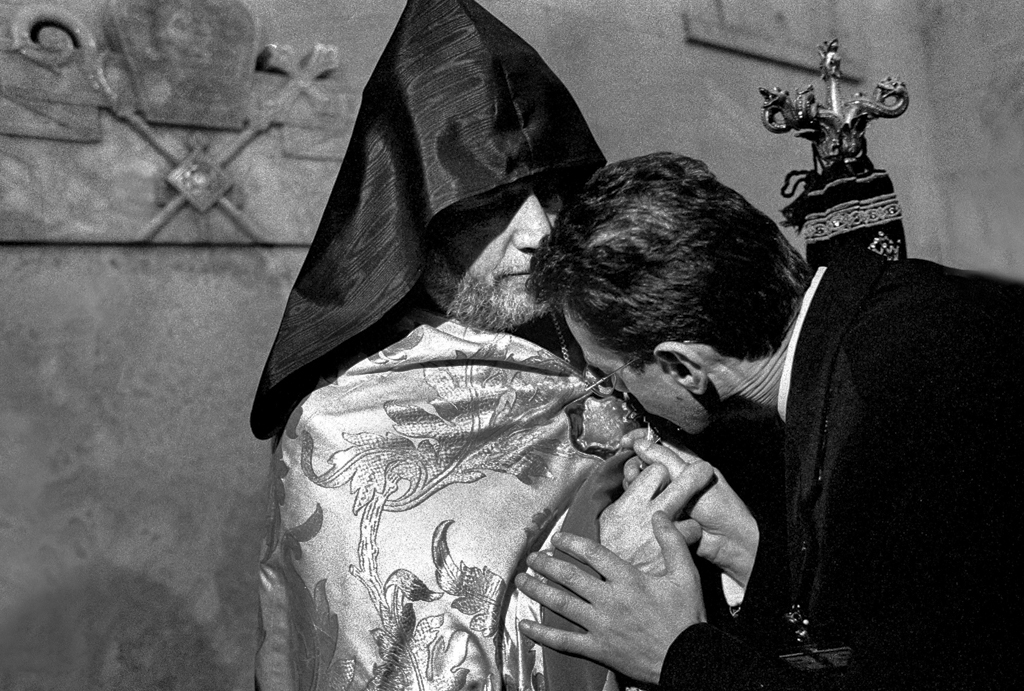 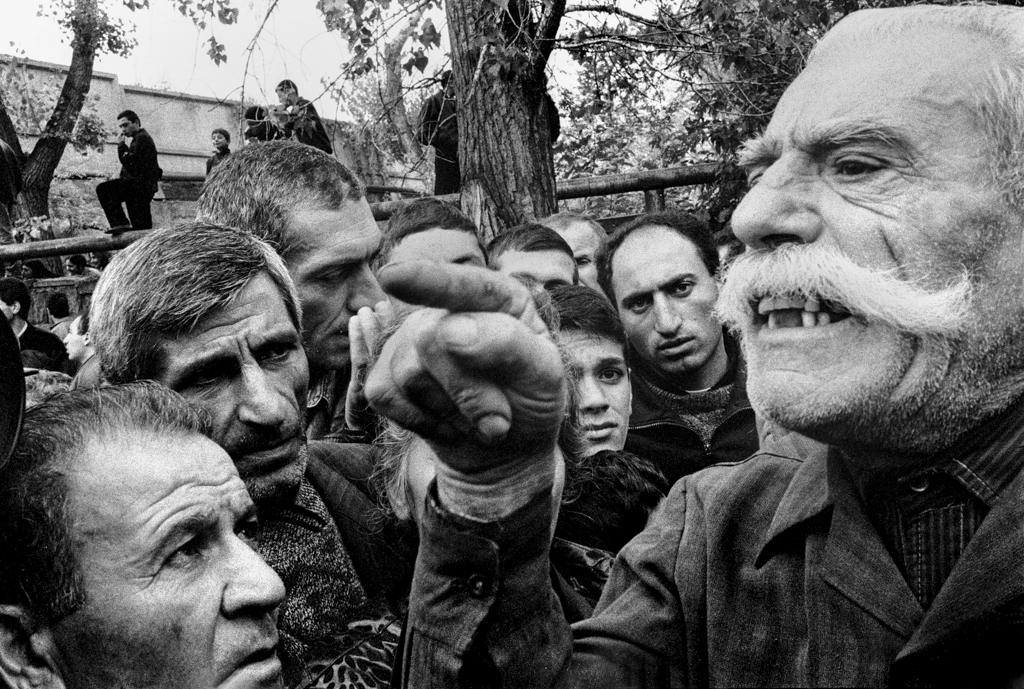 Protesters at parliament in Yerevan the next day, October 28 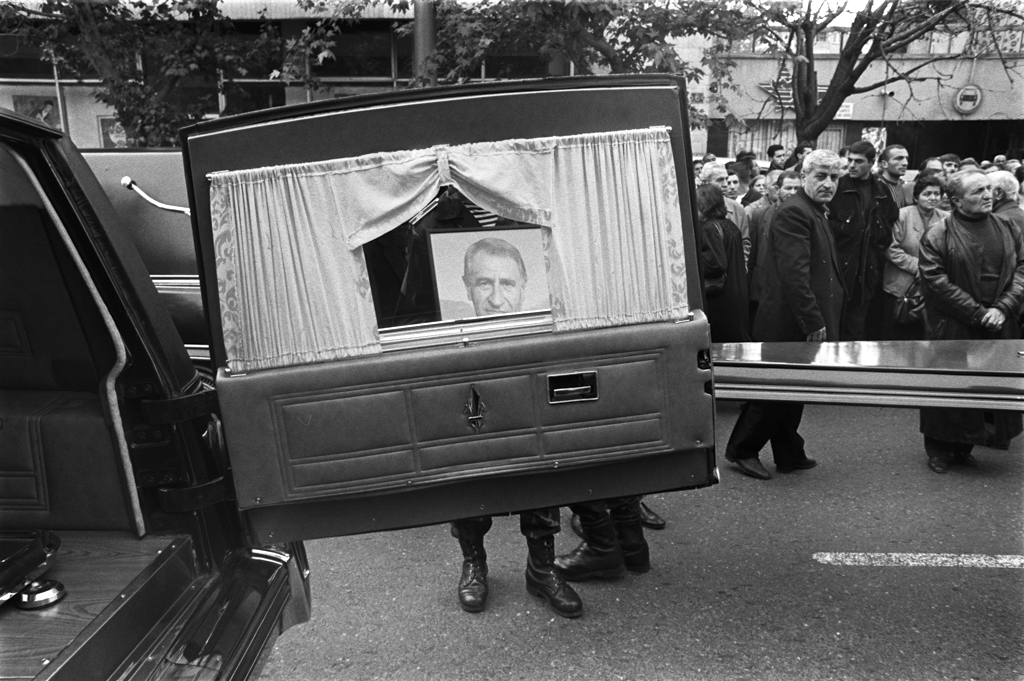 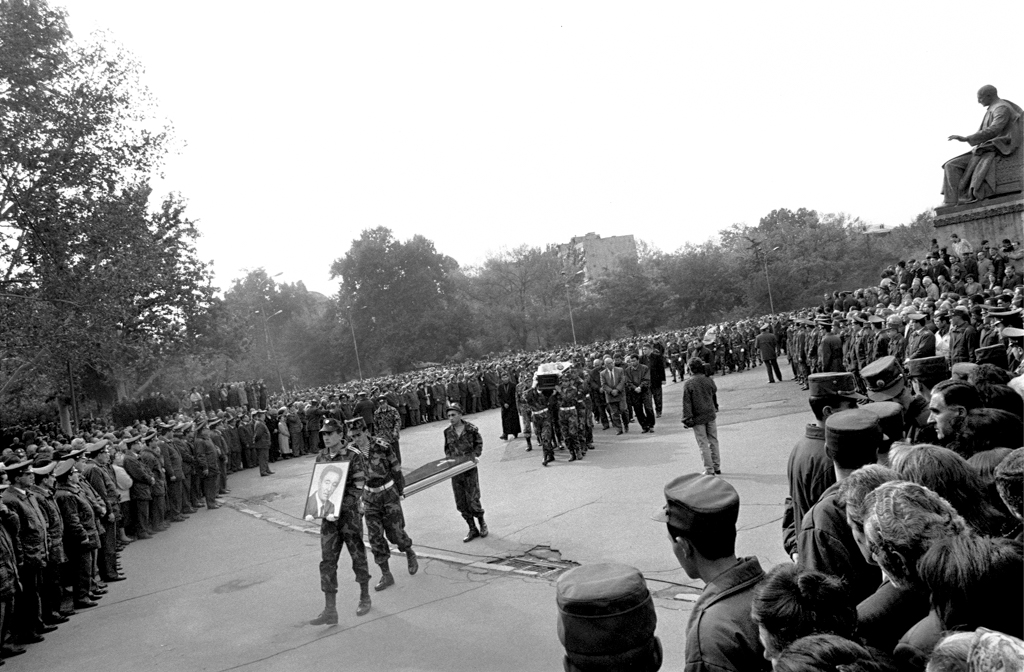 State funeral for the eight victims of the assault, about which there are still many conspiracy theories 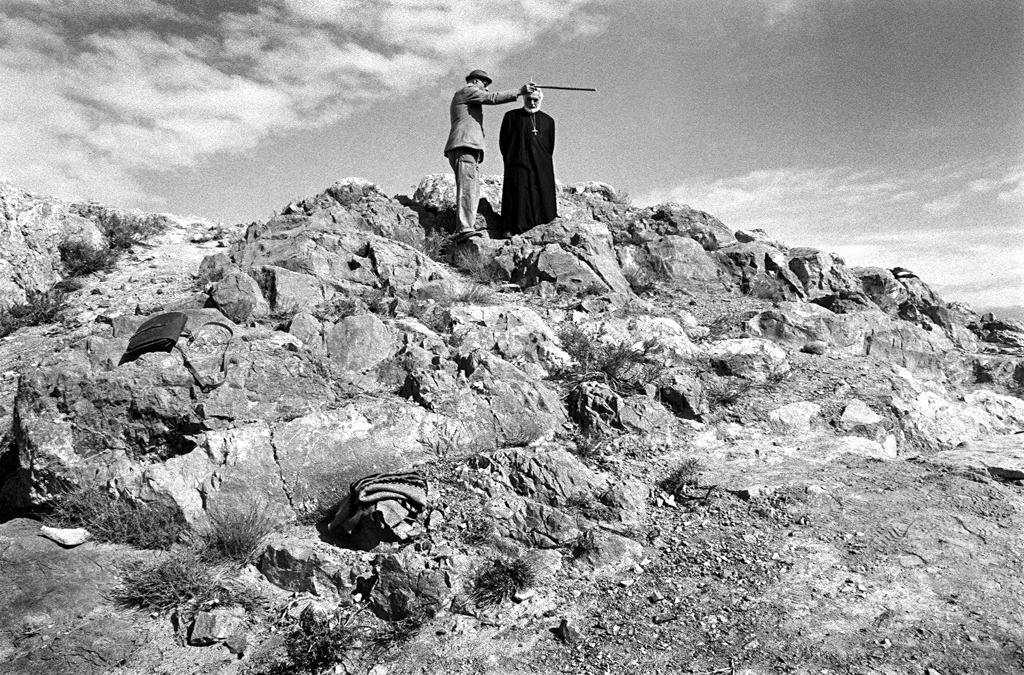