Where Does the Caspian Sea Figure in Russia’s Strategic Calculus? 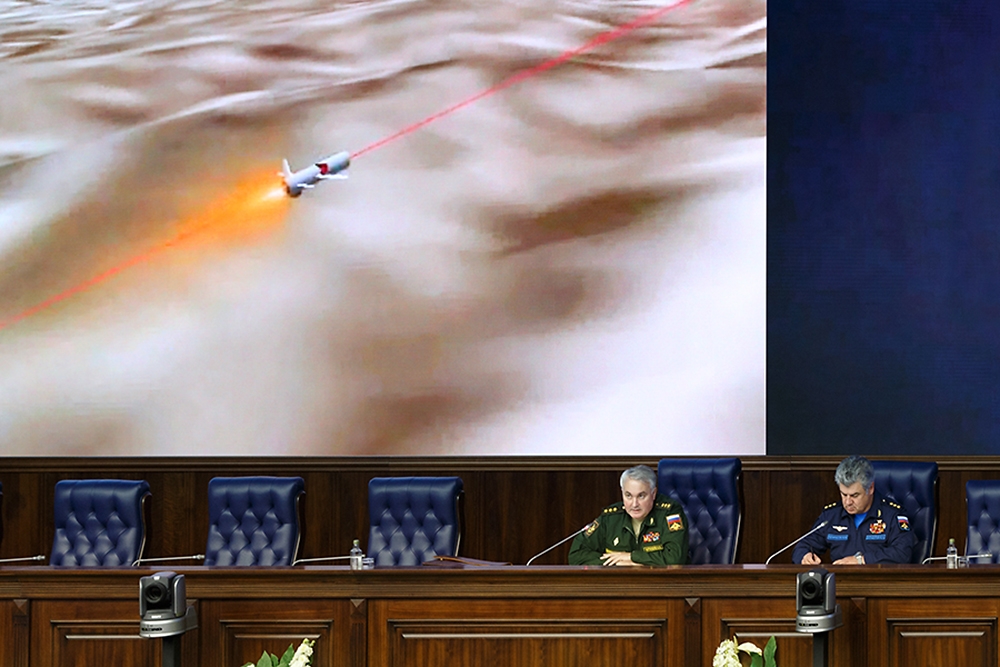 Russian Defense Minister Sergei Shoigu announced in early October that Russian warships in the Caspian Sea launched 26 missiles against targets in Syria. The revelation caught Western analysts off guard, and demonstrated that the Kremlin has developed in recent years a significantly enhanced ability to project force.

According to Russian media reports, ships belonging to the Caspian Flotilla fired a version of 3M14 missiles on October 7 that travelled roughly 1,500 km, hitting targets in the Syrian cities of Raqqa, Idlib and Aleppo. The strategic implications of the Caspian Flotilla’s involvement in the operation are significant.

Russian planners clearly meant to send a signal that would reverberate well beyond Syria’s borders: the missile strike had the tactical goal of weakening rebel elements seeking to topple Bashar al-Assad’s regime in Syria. The strategic aim would seem much broader: intimidating governments across the Caucasus and Central Asia.

It is worth noting that Russia maintains a Mediterranean naval base at the Syrian port city of Tartus. But none of the 10 Russian warships believed to be operating in the Mediterranean are equipped with the Kalibr system that fires the 3M14 missiles.

So why are Russia’s military vessels in the Mediterranean not equipped with the country’s latest missile launching systems? One plausible explanation is that Russia’s Defense Ministry did not have enough time to deploy its most modern warships to the area. But many regional analysts believe the Kremlin’s primary motivation was a strategic desire to exhibit its improved offensive military capacity, which is the product of massive defense spending in recent years.

According to Western media reports, Russian involvement in the Syrian conflict was brokered by Qassem Soleimani, a top commander of Iran’s Revolutionary Guards, during his visit to Moscow in July 2014. Following that visit, Russia proceeded rapidly to transform an airfield in Latakia, Syria, into its operational hub for military actions there. Russia had plenty of time, then, to either equip its naval ships at Tartus with Kalibr missile systems, or deploy them at the Latakia airbase. It seems fairly clear that Russian defense planners opted not to.

It would have made tactical sense to deploy Kalibr systems to either Tartus or Latakia. The distance from either of those spots to intended targets inside Syria is around 300 kilometers, a much shorter distance than a Caspian Sea-based launch.

There is also the matter of cost. Russia could have launched shorter-range missiles from Tartus or Latakia, or tried to achieve the same result with tactical bomber raids. Either option would have had a cheaper price tag than the use of 3M14s. Russia has not disclosed the cost of its 3M14s, but the most analogous missile in the American arsenal is the Tomahawk, which costs around $1.5 million. While it is likely the 3M14s cost the Russian government less to produce, it is reasonable to assume that the 26 rockets launched from the Caspian Sea cost at least $15 million collectively.

The 3M14 missiles are believed to have a maximum range of 2,600 kilometers. By demonstrating that it can carry out a successful strike from the Caspian Sea against a distant target, Russia made every government in Central Asia and the Middle East take notice.

On a practical level, the Russian launch from the Caspian has forced at least one civil aviation change. The Kazakhstani carrier Air Astana announced it was altering the route of its Almaty-Baku flight to reduce the risk of a potential missile-related accident. The shoot-down of Malaysian Airlines Flight 17 over eastern Ukraine in July 2014 no doubt helped prompt Air Astana officials to take such action.

The political ramifications are harder to discern. Top officials in Central Asia have not publically commented on the appearance of Kalibr missile systems on the Caspian Sea.

Silence in this case, however, should not be construed as indifference. The show of Russian force may well have encouraged Central Asian leaders to agree to a Kremlin-backed military cooperation agreement  that was signed during a meeting of CIS leaders in Kazakhstan on October 16. At the summit, Russian President Vladimir Putin warned ominously that the cooperation pact was needed to contain Islamic militants in Afghanistan. “The situation [in Afghanistan] is close to becoming critical,” Putin told a news conference, adding that Islamic militants were aiming “to penetrate the Central Asian region.”

Regional media outlets have offered other reasons why Russia decided to launch the missiles from the Caspian Sea. Some see it as a marketing opportunity intended to make 3M14 missiles more attractive to potential foreign buyers. Others suggest it was a domestic propaganda exercise designed to reinforce popular support for the Kremlin’s massive defense expenditures amid generally hard times for the Russian economy. Yet another hypothesis attributes it to vanity: Shoigu, the defense minister, ordered up the raid to please President Putin, who celebrated his 63rd birthday on October 7, the same day as the missile strike.

Whatever the reason, or combination of reasons, it is clear that Russia is trying to position itself not only as a political alternative to the United States and European Union, but also as a military rival and counterweight. The main unanswered question at this point is whether Putin’s Russia has a purse large enough to successfully implement that goal.

Huseyn Panahov is a freelance security expert based in Baku.