Where In Central Asia Would The U.S. Put A Drone Base? 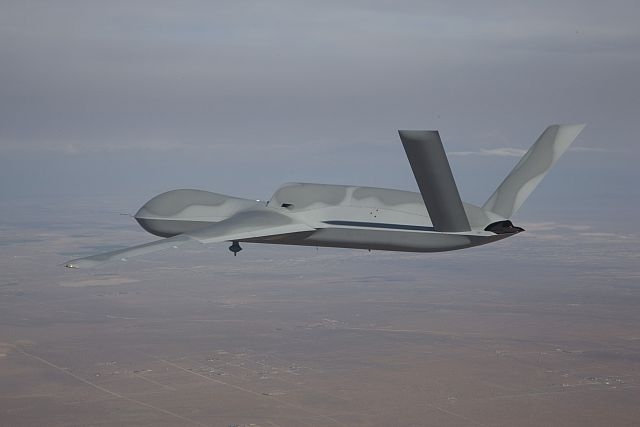 The U.S. is making plans to set up drone bases in Central Asia in the case that the government of Afghanistan doesn't allow U.S. troops to remain in that country past this year, the Los Angeles Times has reported. The military wants to maintain the ability to carry out attacks against militants in Afghanistan and Pakistan even if it has no military presence in those countries, and the next best options are the Central Asian states. The officials interviewed didn't specify which countries were being considered: "There are contingency plans for alternatives in the north," said one official quoted by the paper.

So which would it be? The story's publication prompted much speculation among Central Asia watchers as to where the putative base might be located. Each of the three Central Asian states bordering Afghanistan would have serious downsides from the U.S.'s perspective. Tajikistan is highly susceptible to Russian pressure, and the Kremlin is surely not inclined to let the U.S. reestablish its military presence in Central Asia. Uzbekistan might be willing to host a base and is relatively immune to Russian pressure, but is a bit of a bete noire in Washington and setting up a drone base there would surely face resistance from human rights-inclined members of Congress. And Turkmenistan would have some of the same problems as Uzbekistan, but also has a proudly held neutrality that would seem to preclude hosting U.S. drones.

One wrinkle that could affect the decision is whether the bases are run by the military or the CIA. As the Times notes, the current drone program in Afghanistan and Pakistan is operated by the CIA, which can remain covert. President Barack Obama has said he wants to shift U.S. drone programs to the military, but in this case that would require the bases to be relatively public:

In any case, Congress has balked at handing CIA drone strikes to the military. Key lawmakers favor keeping the CIA program active, especially for Pakistan.

"They don't think we're as precise as the CIA and [worry] that the program would become more transparent if we took over," a senior Defense official said.

Alexander Cooley, a political scientist at Barnard College who has written extensively on U.S. military basing issues in Central Asia, told The Bug Pit that the U.S. may be able to work out a deal to trade some other priority in exchange for Moscow's acquiescence to a drone base in Central Asia:

Exercising the zero-option in Afghanistan would once again elevate the importance of the Central Asian states for U.S. security activities. The article mentions possible support for drone strikes in Pakistan. But facilities across Central Asia could support a number of counterterrorism activities and offer important access points into Afghanistan should the situation deteriorate.

Securing Moscow's acquiescence for future US basing and/or CT operations in any of the Central Asian countries will be difficult. Moscow pressed Kyrgyzstan hard to terminate the US presence at Manas later this year and holds significant leverage over Tajikistan. But Russia could also threaten Tashkent, possibly by limiting the numbers of Uzbek migrants working in Russia or withholding cooperation on interior security matters. There is also a possibility that Moscow demands some sort of geopolitical trade-off or significant concession from the US or NATO in exchange for dropping its current strong objections to any future US security presence in the Central Asian region.

Stacie Pettyjohn, an expert on military basing issues at the American think tank RAND Corporation, tells The Bug Pit that a drone base in Central Asia would likely embroil the U.S. in an unhealthy relationship:

None of the countries bordering Afghanistan is particularly attractive as a potential host nation. The U.S. went down this route before in the early years of Operation Enduring Freedom and encountered problems. They are all authoritarian states and would be providing the US with access primarily for financial or material compensation. Both of these characteristics are problematic and would make them unreliable partners. Moreover, if the United States has only one Central Asian airbase, the host nation would have significant leverage that it could use to essentially extort Washington, forcing it to pay more and more to retain access.

For what it's worth, the U.S. Defense Intelligence Agency just advertised for a job for an intelligence officer to be posted in Dushanbe to work on "short and long term analysis of military capabilities, infrastructure or political-military issues."