Proposals are light on substance and mostly echo the president. 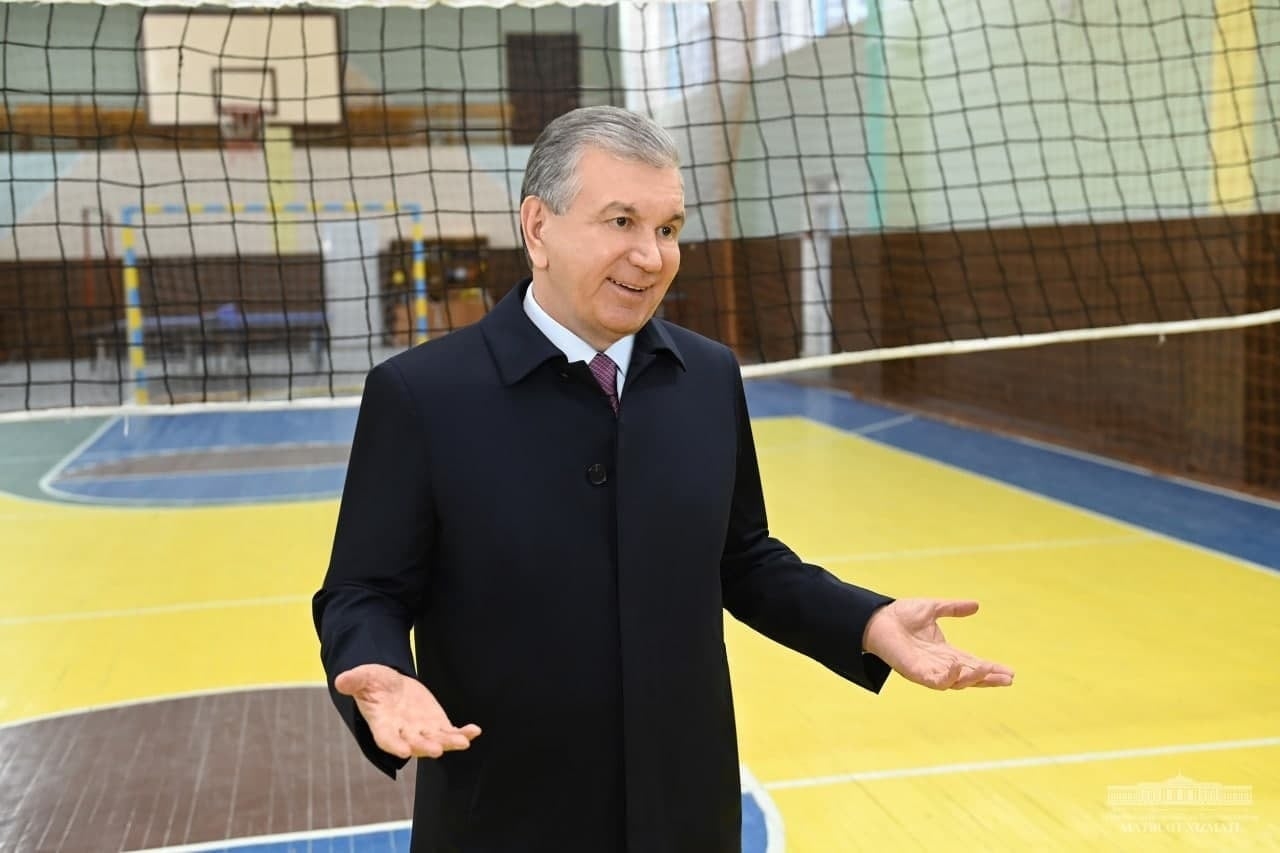 Uzbekistan’s constitution is set to undergo unspecified changes, with speculation building that their main function will be to keep the head of state in office.

Shavkat Mirziyoyev, 64, has now entered his second term as president – the last one permitted him under the current constitution.

He has given no indication that he will not seek a third, or that he thinks the country he calls “New Uzbekistan” can function without him at the helm.

Moreover, he has signaled at least twice since his landslide electoral victory last fall that he thinks the constitution needs sprucing up.

The task of selling this top-down initiative as an exercise in people power has fallen on lawmakers in the pliant legislature.

Alisher Kadyrov, an unconvincing opponent of Mirziyoyev’s at elections last year and the head of the Milliy Tiklanish (National Revival) party, has appealed to “citizens of an open country” to send in their suggestions to reform the constitution.

“Take the Constitution in your hands and read it in detail: Which article should be changed and why?” he enjoined at a May 17 gathering of lawmakers from Milliy Tiklanish and the Liberal Democratic Party (UzLiDeP) – the two largest in parliament.

After those two parties got the ball rolling, a constitutional commission took shape on May 24, consisting of 45 people.

The commission is chaired by the lower house of parliament’s first deputy speaker, Akmal Saidov.

Since coming to power in 2016, Mirziyoyev has sought to distance himself from the authoritarian extremes of his late predecessor Islam Karimov.

The most obvious change has been the end of systematic forced labor in the country’s cotton harvest. He has also dismantled Karimov’s command economy and blanket ban on independent media.

But anybody who hoped Mirziyoyev might break with his mentor completely has been sorely disappointed.

Saidov, a high stooge of the Karimov era, is symbolic of that continuity and a stagnant, opposition-free political system.

On the day the commission was formed, Saidov complained that citizens skeptical of the constitutional reform rhetoric were being misled by “two or three low-literacy geniuses” on social media.

The new commission will require a press service “to unite healthy opinions in our society and guide them in the right direction,” he opined.

On May 24, at a presentation on government strategy for the period from 2022 to 2026, he again talked up the need for the reform, noting that no fewer than 57 countries had passed new constitutions in the 21st century.

“The specter of constitutional reform is haunting the whole world,” he joked, paraphrasing the opening of the Communist Manifesto.

But what new proposals will the commission hear?

So far, lawmakers from the two initiating parties have voiced only big, vague ideas that hardly justify an overhaul.

Farhod Zainiyev from Milliy Tiklanish said that Uzbekistan should be specifically identified as a “social state” in the basic law. His colleague Ilkhom Abdullayev argued that the reform should guarantee the rights and interests of youth “as builders of New Uzbekistan.”

Gazeta.uz’s roundup noted that these ideological offers dovetailed with Mirziyoyev’s own from in December, when he put forth nine proposals for “a constitution responding to the demands of the era.”

The lack of imagination going into the process offers few hopes that the reform is about anything other than the president himself.

After all, founding leader Karimov achieved a reign that lasted more than a quarter-century despite the constitution’s two-term stipulation for heads of state.

In 1995, he benefited from a referendum that effectively turned his first term into one that lasted nine years. In 2015, as Karimov stood a fourth time, supporters argued that it was his first run under a new constitution, which had been amended four years earlier.

One of the rival candidates that he faced in his final leadership race was Saidov, who lavished the incumbent with praise, comparing the dictator to the national hero and medieval conqueror Tamerlane.

One undeniable trend under Mirziyoyev’s rule has been the emergence of an increasingly vocal chattering class, mostly in Tashkent. This is where antipathy regarding the constitutional drive is most evident at present.

AzamatToday, a Telegram blogger from the capital, expressed hope that Mirziyoyev will not seek to argue à la Karimov that a new constitution “resets” his term count, or seek an exceptional status of the kind that has benefited leaders in neighboring Kazakhstan and Tajikistan.

To close these loopholes, the blogger suggested, it is necessary to change the wording of Article 90 in the constitution so that it reads: “No one person can be president of Uzbekistan for more than 10 years of [their] life. No exceptions are permitted.”