WHO role in Tajikistan’s coronavirus-free narrative under scrutiny

The World Health Organization is refusing to answer questions while it appears to support the government’s increasingly dubious claims. 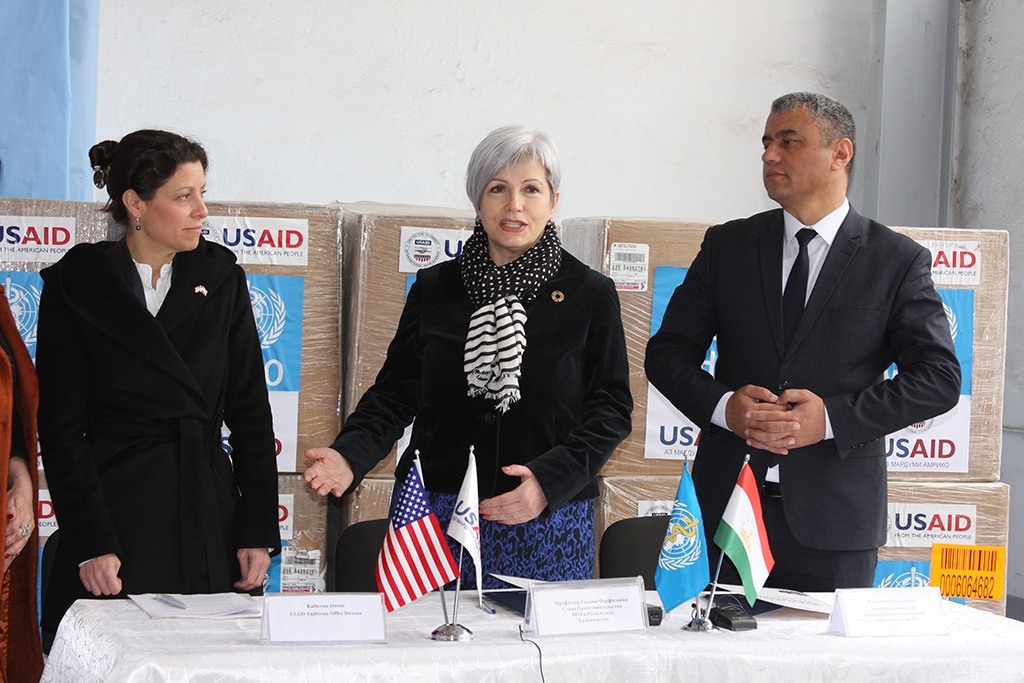 The office of the World Health Organization in Tajikistan, where the government maintains it has recorded no cases of COVID-19 despite a mounting number of mysterious deaths, has declined to respond to queries from independent media, deepening concerns that the public is being deprived of clear and impartial information on a potential health crisis.

While Tajikistan has stuck to its line about having registered no coronavirus cases, the country has seen a spike of deaths being attributed by government health officials to pneumonia. In one recent instance, the death of a senior official was ascribed to H1N1, which is also known as swine flu.

Galina Perfiliyeva, the head of the WHO permanent mission in Tajikistan, has been quoted on the Health Ministry’s own website, on April 21, as upholding the country’s official coronavirus-free status.

“The level of laboratories carrying out coronavirus diagnosis in Tajikistan, as well as the level of knowledge of the specialists and the quality of diagnostics, corresponds to the requirements of international standards,” Perfiliyeva said in remarks conveyed by the ministry.

Earlier, on April 1, Khovar state news agency, which has a track record of distorting the remarks of international officials and dignitaries, ran a story based on previous remarks by Perfiliyeva under the headline: “WHO representative officially declares absence of coronavirus infections in Tajikistan.”

Attempts by non-state-affiliated media in Tajikistan to press the WHO mission with more details have been flatly rejected, however.

Asia-Plus newspaper, one of the last remaining independent outlets in the country, dispatched a reporter to WHO’s premises on April 21 with a letter with questions about what assistance the organization might be able to provide in the event of a coronavirus outbreak. The newspaper asked in the same letter for a clarification of Perfiliyeva’s prior evaluation of coronavirus tests being carried out in Tajikistan.

WHO staff refused to accept the letter and insisted that all queries be directed to the Health Ministry.

“When we suggested to them that they answer at least questions to do with the World Health Organization, the secretary refused to accept, and record receipt of, the letter, noting that they had no time to respond to journalist queries,” Olga Tutubalina, chief editor for Asia-Plus, told Eurasianet.

Tutubalina said her newspaper’s reporter was informed that Perfiliyeva was too busy to respond to any questions. RFE/RL’s Tajik service, Radio Ozodi, has likewise reported being unable to get comments from Perfiliyeva or her office.

Perfiliyeva has, however, granted comments to Russian media, such as daily newspaper Kommersant. In an interview with the newspaper published on April 22, she appeared to qualify earlier remarks by noting that “to categorically state that there are no cases [of coronavirus] in the country is not possible.”

Repeated email requests from Eurasianet asking the WHO mission in Tajikistan to clarify if it was still satisfied that Tajik health authorities have a sufficiently robust testing regime to rule out the presence of COVID-19 in the country have also gone unanswered.

As of April 24, Tajikistan is only known to have two laboratories with the capacity for performing polymerase chain reaction-based coronavirus tests. Both labs are in Dushanbe.

In a statement on April 20, the National Alliance of Tajikistan, or NAT, a coalition of opposition politicians in exile, singled Perfiliyeva out of for criticism, saying that her remarks appeared to lend support to an increasing strained narrative from the Tajik government. NAT’s statement alluded to an ongoing surge of alleged pneumonia cases as the basis for demanding more thorough investigations.

There have been more than a dozen reported fatalities caused by respiratory conditions in Tajikistan in recent weeks – a fact that might not elicit suspicion but for the sometimes odd circumstances around the deaths.

In one instance, a man in Sughd province’s Shahriston district whose April 11 death was attributed to tuberculosis, was buried in secret by medical personnel before funeral rituals could be carried out.

When Jaloliddin Abdujabborzoda, the head of the department of internal affairs at the Dushanbe prosecutor’s office, died on April 19, health officials said his passing had been caused by H1N1, or swine flu. Eurasianet’s sources later said that colleagues of Abdujabborzoda’s brother at the Central Bank had been placed under preventative observation.

President Emomali Rahmon, who has been seen little in public of late, delivered a speech on April 23 to reiterate that no COVID-19 cases had been found in Tajikistan. Nonetheless, he suggested that the public should refrain from fasting during the holy month of Ramadan to avoid weakening the immune system.

“We must not consciously cause harm to our health and subject ourselves to suicide by refraining from drinking water and eating food,” he said in a televised address.

He also hinted at the need to begin implementing social distancing measures of the type that his government has so far avoided. On the contrary, the president was as recently as March 22 presiding over massive public gatherings to mark the Nowruz spring holiday. Tajikistan’s strategy for keeping the virus at bay has focused almost entirely on suspending international flights, which happened on March 20, and then closing the country’s land borders.

There are now indications that the WHO is eager to pursue more extensive verification measures, however. Hans Kluge, the director of the WHO Regional Office for Europe, announced on April 23 that Tajikistan would in the “coming days” be welcoming a WHO technical team as part of a Central Asia mission on COVID-19.

Spokespeople for the WHO Regional Office for Europe had not by April 24 provided Eurasianet with requested additional details on the scope of the technical team’s mission.