Why foreign students are flocking to Russia

The number of foreign students studying full-time in Russia has risen by more than 60 percent over the past five years. 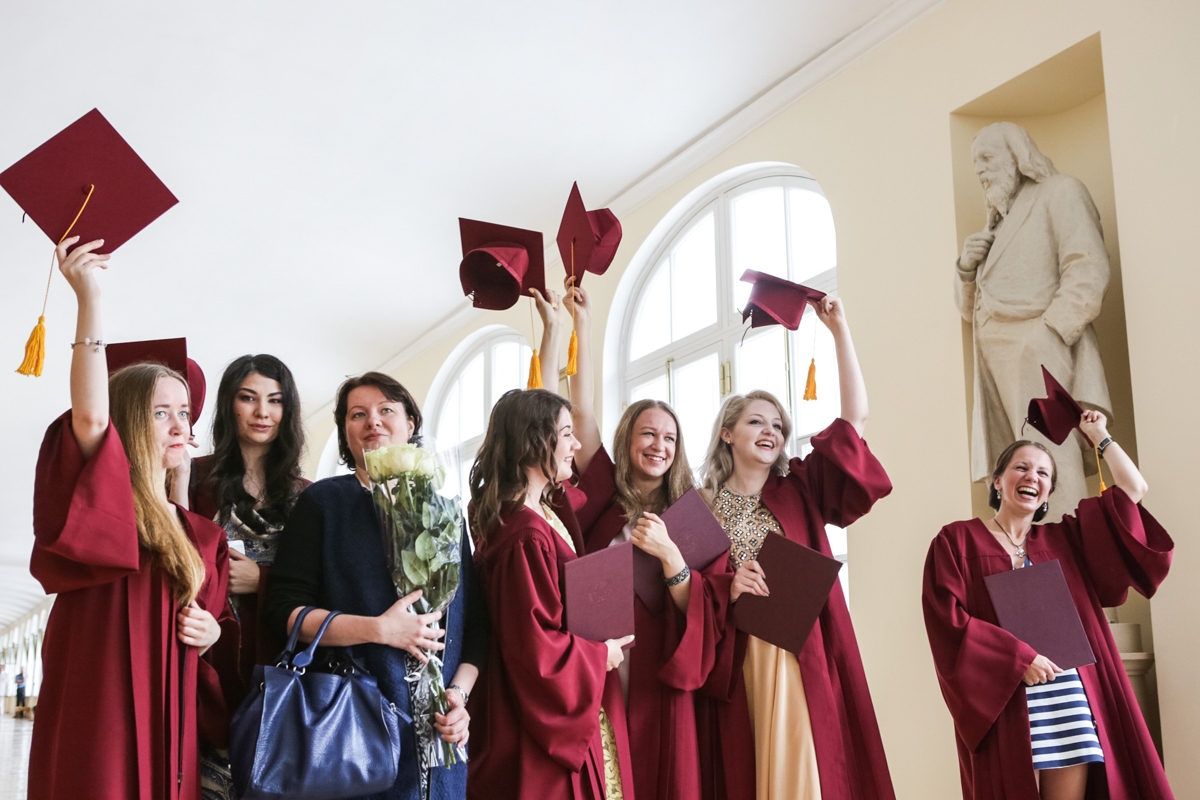 This post is from OZY’s “Around The World” project. Check out more here.

If you judge by recent headlines, Russia’s strategies for influencing foreign countries might seem all too familiar. Critics, for instance, would point to the Kremlin’s invasion of a neighboring country, or its meddling in a major election thousands of miles away.

But the government’s political toolbox for getting what it wants is more diverse — and subtle — than you might think. As Russia has reasserted itself on the global stage in recent years, it’s also relied on what theorists call “soft power,” with an eye toward proving, perhaps with a more delicate touch, that it’s a rising force in the world. To that end, sporting events have been an incredibly useful instrument: Both the 2014 Winter Olympics in Sochi and the 2018 World Cup served as coming-out parties for a country once relatively closed to the outside world.

Then there’s higher education, where experts say the country has increased its efforts to recruit foreign students. Those efforts appear to be working. According to data from Russia’s Ministry of Science and Higher Education the number of foreign students studying full-time in Russia has risen by more than 60 percent over the past five years.

The statistics clocked an increase from around 139,600 full-time students during the 2012-13 school year to about 229,300 by 2017. Add part-time or distance-learning students — whose numbers have actually dipped slightly — and the total foreign pupil population hovers around 313,000. The thing is, the number of U.S. students studying abroad in Russia reportedly dropped 25 percent, from 1,777 in 2012 to 1,319 in 2017. So where are the vast majority of those students coming from?

Glancing at their origin countries is like recreating a map of the former Soviet Union: According to the Institute of International Education, more than 71,000 hail from Kazakhstan, 24,500 come from Uzbekistan and nearly 23,000 are from Ukraine. (China ranks prominently too, and has reportedly sent more than 27,000 students.) And that’s no accident: Those countries share close political, economic and historic ties to Moscow, and as such, they comprise what the Kremlin considers its “near abroad” — a zone of privileged influence where relations with Russia is a priority on most of those governments’ agendas. Cultivating future elites in those countries who are sympathetic to Russia has long been a key geopolitical priority for Moscow.

Currently, the government offers an array of financial benefits to attract foreign students, especially from the former Soviet Union, including generously funded scholarships. What’s more, according to Alena Nefedova, a junior research fellow at the Higher School of Economics in Moscow, the government’s monitoring of state universities considers a school’s foreign student population to be a marker of its performance — meaning institutions are effectively pressured to swell their ranks with students from abroad. “Without a doubt, higher education is one of the leading instruments of soft power,” she says.

You might’ve noticed that Russian state-sponsored propaganda is a powerful tool, often used to boost support for President Vladimir Putin personally and for his policies more broadly. But it’s not like foreign students are subjected to hourslong lecture sessions of pure agitprop. Rather, Nefedova says, studying in major cities like Moscow gives them invaluable insight into how Russia’s political, economic and social systems are built. And students will bring those lessons back home with them. “Russian education is still considered to be some of the best in the post-Soviet space,” she says.

Bigger things are apparently in store for Russian higher education: Local press reports have detailed government plans to boost the foreign student population some three times, to around 700,000, by 2025. Meanwhile, new international student enrollment in the U.S. — still the top destination in the world for international students — has fallen 9.6 percent since 2016, according to the 2018 Open Doors education report.

Using education as a political tool isn’t exactly a new innovation: During the Soviet era, Moscow hosted students from socialist-friendly countries in Europe, Africa and beyond, and relied on them to spread the good word about communism when they returned home. “International student mobility was a tool of the ideological and political struggle to implement Lenin’s plan for the Communist conquest of the world through the global revolution,” writes Maia Chankseliani, an associate professor at Oxford University, in a chapter for International Status Anxiety and Higher Education: The Soviet Legacy in China & Russia.

These days, though, it’s less about ideology and more about realpolitik — that is, making sure your political and economic interests are covered. And for Russia, molding young minds is a good way to do that.