Why has the Azerbaijani manat flatlined?

Compared to other emerging-market currencies facing turmoil, Azerbaijan’s hasn’t budged despite a government promise to let it float. 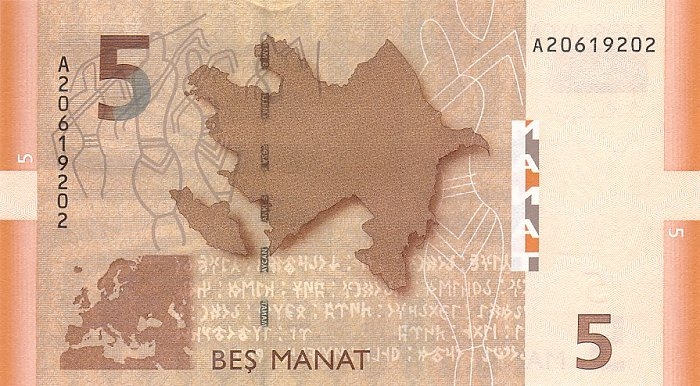 Emerging-market currencies have been particularly volatile in 2018. The Brazilian real, the Russian ruble, the Indian rupee and the South African rand have depreciated sharply against the U.S. dollar. In part, this has been driven by policy in Washington, where the Federal Reserve has raised interest rates three times this year, encouraging people around the world to swap their currencies for dollar-denominated U.S. Treasury bonds. That has also hurt other emerging-market tenders like the Turkish lira and Argentine peso, which have performed particularly poorly, although domestic factors have played a role in these cases.

Yet amid this turmoil, Azerbaijan’s manat has fared much better. Suspiciously so. In fact, despite the same external pressures seen elsewhere, the manat has maintained an exchange rate of exactly 1.7 per dollar since spring 2017, shortly after the Central Bank of Azerbaijan said it had let the manat float and pledged to only intervene to prevent short-term volatility.

Much like the currencies in other major hydrocarbon exporters, Azerbaijan’s manat has historically tracked global oil prices. Azerbaijan suffered a double devaluation in 2015 after oil slumped the previous year. However, even with oil prices rising over much of 2017 and 2018, the manat has stayed put at 1.7 to the greenback.

There’s only one answer to this surprising stability: The Bank is still intervening; it has not let the manat float. The Bank doesn’t say this explicitly, but it does continue to report the buying and selling of dollars on its website. (This helps explain why the manat moves against other major currencies, such as the euro and ruble, which, because they float, move against the dollar.)

Baku likely fears that any currency fluctuations would lead to levels of panic not unlike those seen in 2015, after “Black Saturday.” On February 21 of that year, the manat lost over 33 percent against the dollar, wiping out household savings. The ensuing loss of faith in the manat (and in the government’s policies) led to soaring levels of dollarization in the country, further pressuring the manat downward.

These days, because the price of oil is up, Azerbaijan is accumulating foreign currency reserves, which it can sell to stabilize the manat. And thanks, in part, to those reserves, inflation is low.