Why Is Russia Silent on Iran’s Gas Courtship of Armenia? 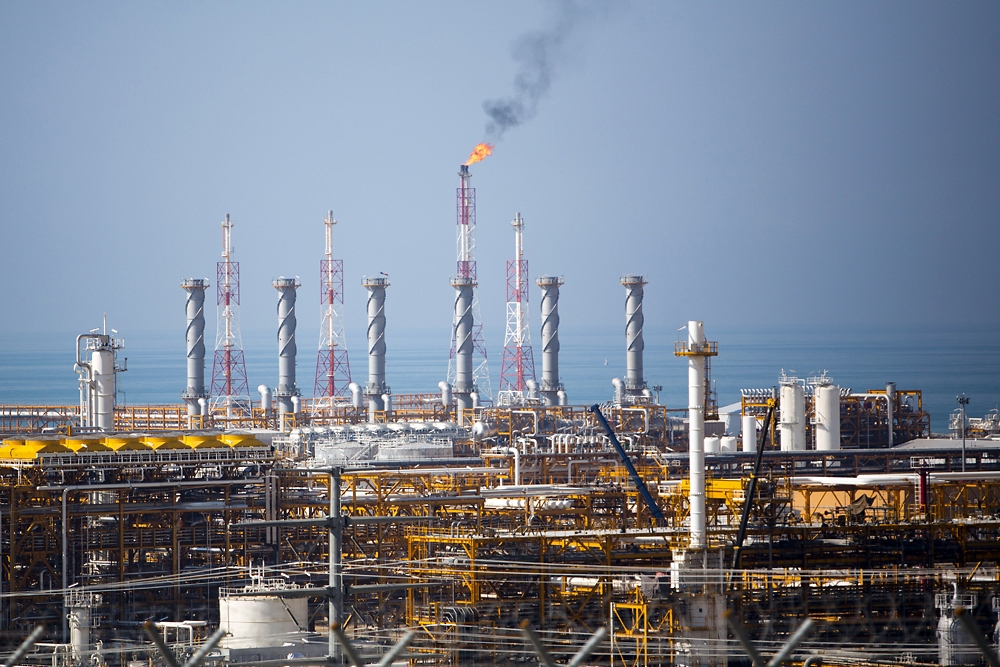 Mystery is swirling around a deal to boost Iranian natural gas exports to Armenia: why does the Kremlin seem to be going along with the idea?

On March 19, Armenian Energy Minister Armen Movsisian announced that Armenia plans to increase its imports of gas from neighboring Iran to 2 billion cubic meters per year, an increase of nearly 75 percent over the current annual volume. In exchange, Armenia would export electricity to Iran.

The announcement marked a sudden turnabout for Armenia: just late last year, officials in Yerevan rebuffed Iranian overtures concerning additional gas sales. Armenian leaders have not commented about what prompted them to change course. Further details are expected when the two countries’ intergovernmental commission meets this May, and if Iranian President Hassan Rouhani, as announced, visits Armenia “soon.”

A curious aspect to the new Iranian-Armenian relationship is the Russian reaction, or lack thereof: Gazprom, the state-controlled energy giant that now controls Armenia’s entire gas-pipeline system and furnishes most of the country’s gas, has not commented on the deal. Its current silence is a sharp departure from the behavior of Russian officials back in 2007, when they pushed forcefully to limit the diameter of the 140-kilometer-long Iranian-Armenian pipeline to preclude the possibility of large-scale exports beyond Armenian borders.

Some believe that Russia’s silence is connected with its desire to bring Armenia into the Moscow-led Customs Union by 2015. While the Armenian government is committed to joining the union, popular enthusiasm for it appears to be lagging. Going along with larger and cheaper Iranian gas sales, then, may be a way for the Kremlin to help the Armenian government “sell” the Customs Union to the population. From Moscow’s perspective, the importance of Armenian membership in the Customs Union has increased in the wake of the winter’s events in Ukraine, where an EU-oriented government replaced the disgraced, pro-Moscow administration of Viktor Yanukovych.

“Since it was the Iranian side who first spoke about the low prices of their natural gas, Russia had to give its 'permission' to Armenia … as a strategic ally,” said political analyst Styopa Safarian, a member of the opposition Heritage Party. “Otherwise, it would turn out that Moscow was not a friend, but an enemy who acted against our national interests.”

The price of the proffered gas has not been determined, but Iranian Ambassador Mohammad Raiesi described it as “incomparably low.”

Other observers in Yerevan suggest that Moscow’s silence is the product of the recent, radical change in geopolitical conditions: given the widening divide between Russia and the West over the Crimea crisis, the Kremlin is reshuffling the deck of energy cards that it plays in order to further its diplomatic aims.

“The situation has changed and Russia has to adjust itself to those transformations,” commented Manvel Sargsian, director of the Armenian Center for National and International Studies.

An unanswered question surrounding the Iranian exports concerns the potential for Armenia to re-export a portion of Tehran’s gas. Such a possibility would seem to go against Moscow’s interests, given that the European Union is now heavily dependent on Russian gas, thus providing the Kremlin with considerable diplomatic leverage. Conversely, the United States and EU likely wouldn’t mind seeing Armenia serve as a corridor for Iranian exports to Europe, something that would contribute to the EU’s goal of diversifying its sources of gas imports.

“The United States seems much more willing to have Iranian gas and oil brought to the market, as both a reward for the positive talks with Iran and as a way to hurt Russian President Putin and exploit Russian dependence on high energy prices,” said Richard Giragosian, director of the Regional Studies Center.

The United States, which announced in November 2013 a six-month break in its sanctions on Iranian crude-oil exports, has not commented about the intended Iranian gas sales to Armenia. In recognition of the economic impact of Turkey and Azerbaijan’s blockades of Armenia’s western and eastern borders, Washington has tended to turn a blind eye to Yerevan’s trade dealings with its southern neighbor, Iran.

Representatives of the Ministry of Energy could not be reached for comment about any discussions with the US about the Iranian deal. Galust Sahakian, a senior member of President Serzh Sargsyan’s Republican Party of Armenia, told EurasiaNet.org that any US objections would be “a matter for negotiation.”

Responding to a query from EurasiaNet.org, a US Embassy representative in Yerevan emailed the following statement: “We have direct discussions with the Armenian government concerning US and international sanctions against Iran. We are in constant communication on what activities and transactions are sanctioned and what are not, and we appreciate Armenia’s cooperation in this area.”

Armenia’s reason for seeking “cheap” Iranian gas is clear: the consumer price of Russian gas is a painful issue for Armenians. Consumers currently pay 158,000 drams or $391 per 1,000 cubic meters, a huge sum for a country where one-third of the population of roughly 2.97 million people lives in poverty. Adding irritation to frustration, that price is at least 7.5 times higher than consumers pay in Belarus, a non-gas-producing member of the Customs Union. Prices could soar still higher if an expected 4.2-percent-increase in the wholesale price of Russian gas goes through on July 1.

Already skittish about demonstrations after election-related political upheaval last year, the Armenian government has no interest in seeing energy again become a cause for protests. Nonetheless, questions still persist about how Armenia can import a large volume of Iranian gas and keep Russia, its prime economic and military partner, happy.

On March 28, President Sargsyan described the border price ($189) paid for Russian gas as " the lowest possible price that Russia sells to any country,” and claimed that “no one” talks anymore about the price of gas. He called on Energy Ministry officials to do a better job of raising public awareness that the cost of overhauling infrastructure is responsible for the dramatic difference in the border price and consumer cost, the Regnum news agency reported.

Analysts doubt that Yerevan makes any decisions on its own about gas. Even if Iran, as promised, supplies bargain-basement-priced gas to Armenia, Gazprom, with its control of distribution, will influence what consumers ultimately pay. “The real question is how much freedom and flexibility Moscow will allow Yerevan to have in terms of expanding its relations and energy deals with Tehran,” said Giragosian.