The central bank says it wants to improve efficiency in the remittance transfers system. 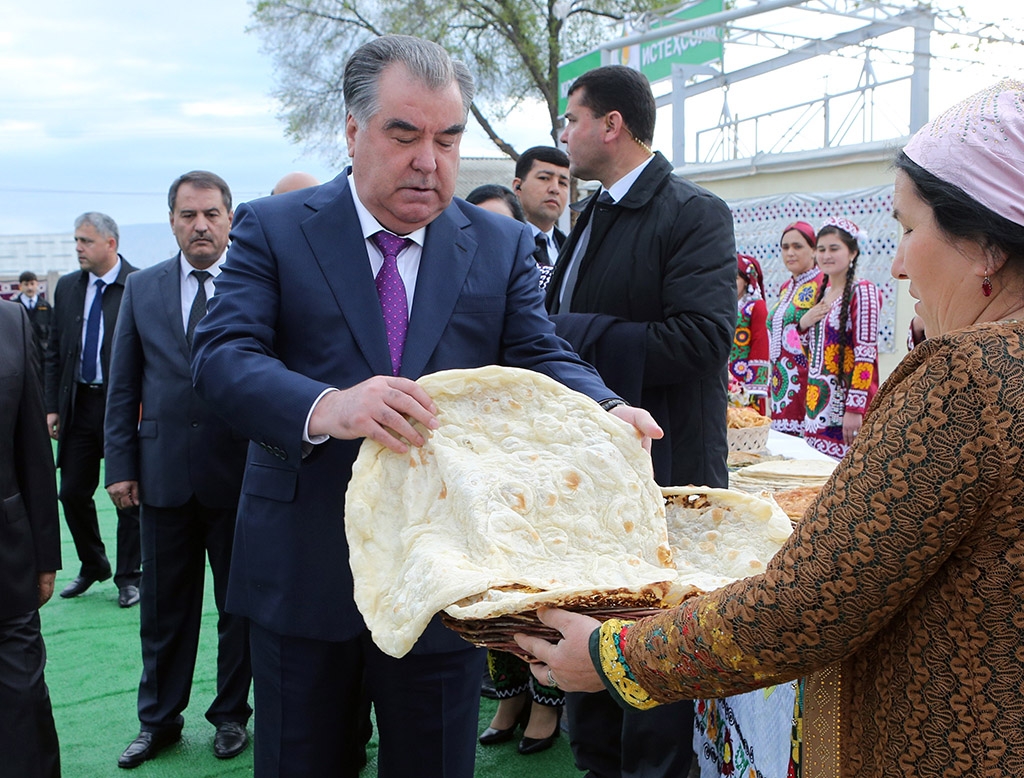 That’s a lot of dough (president.tj)

The National Bank of Tajikistan announced last week that it had taken over management of migrant labor remittances flowing into the country, which amounted to about $2.5 billion last year.

The NBT, the country’s central bank, argued that setting up a so-called national processing center for remittances would improve efficiency in the money transfer system, boost transparency and help stabilize Tajikistan’s financial system.

The new rule will force money transfer companies, like Western Union and Unistream, to keep a healthy balance at Tajikistan’s central bank. While the bank may not tap the cash, past experience suggests the Tajik government doesn’t like hard currency to sit idle.

Tajikistan’s banking system has hardly recovered from the crisis that hit during the 2014-2016 regional slowdown, which was exacerbated by self-inflicted wounds. Dushanbe had to bail out two of the country’s largest banks to the tune of $490 million by the end of 2016. Still, today all is not well: Although problem loans fell from 3.2 billion somoni at the end of 2016 to 1.8 billion a year later, according to NBT data, overdue loans still totaled 1.7 billion at the end of August 2019.

On top of delinquent loans, the banking sector overall is poorly developed. In 2017, only 47 percent of Tajik adults reported holding a bank account, according to a World Bank study (the developing world average is 63 percent). After systemic crises in 1998, 2009 and 2014, confidence is low. Tajiks look around and see banks closing. Between 2015 and August 2019, the number of commercial branches fell from 355 to 241, according to the NBT, to less than three per 100,000 people – compared to 8.1 branches per 100,000 in neighboring Kyrgyzstan.

Banking costs are high. The gulf between the interest rate charged on loans in somoni and the rate paid on somoni deposits is more than 15 percent (it’s about 7 percent in sub-Saharan Africa). Large, state-owned banks crowd out private banks. They make loans as directed by politicians, not market forces, ensuring the well-connected can access cash at good rates and driving up the cost of borrowing for everyone else.

The sector’s problems mirror troubles in the general economy: bloated state-owned monopolies, pervasive corruption, appropriation by the state or the well-connected. All this impedes private sector development.

Remittances are a critical driver of economic growth in Tajikistan, keeping millions of people out of poverty while fueling consumption and demand for services. Last year, they totaled the equivalent of 31.3 of GDP. Yes, by taking control, Dushanbe could mitigate risks in the banking sector.

But this new system begs another concern. In recent years, Dushanbe has steadily cracked down on critics, abusing international tools like Interpol to pursue political opponents abroad and sometimes resorting to violence. With increased control over cash flows, the authorities could – if so inclined – throttle payments to critics at home. Going by Dushanbe’s record, it seems safe to assume they will be so inclined.