Following Trump’s erratic approach, Biden’s team of experienced pros are expected to try to reengage the region. Will they be able to? 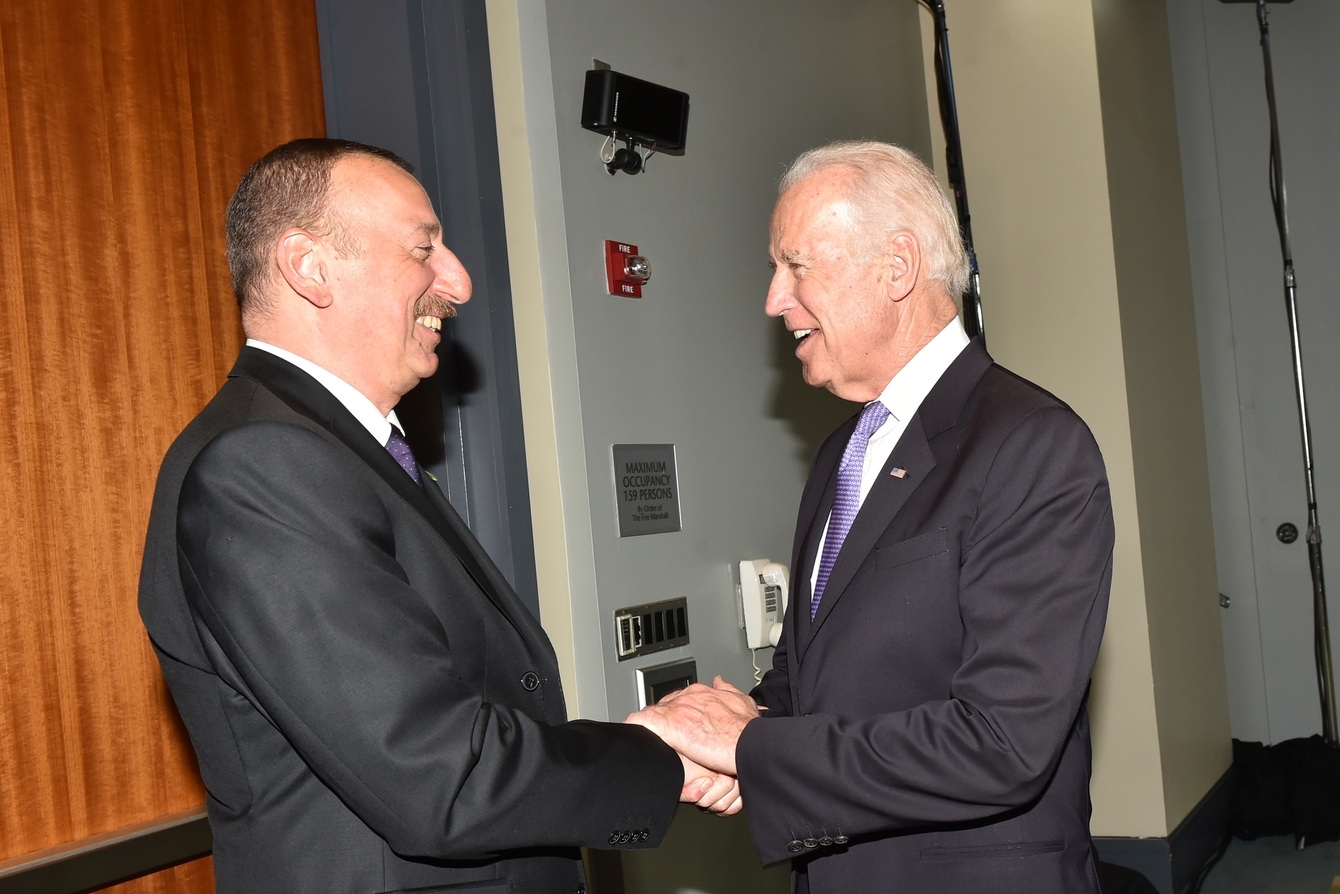 When Joe Biden becomes president of the United States on January 20, he will be surrounded by a foreign policy team with deep experience in the former Soviet Union. But it remains an open question whether Washington will again be able, or even willing, to wield significant influence in the Caucasus and Central Asia.

Biden himself has long been one of Washington’s most prominent foreign policy figures, and has a history with this region dating back to the 1970s. He was the foreign policy point man as vice president under Barack Obama, and personally knows many of the leading figures in the region.

The president-elect has in particular long been a champion of Georgia; as a senator he spearheaded a billion-dollar aid package for the country following the 2008 war with South Ossetians and Russia. Following his election in November, many Georgians have been sharing a video of a 2009 speech Biden gave to the Georgian parliament – by then he had become vice president – in which he quoted national poet Ilia Chavchavadze and described the country as an “inspiration.”

But Biden then oversaw the Obama administration’s “reset” with Russia, which many pro-Western Georgians saw as a naïve appeasement of their aggressive foe.

The world – and particularly the ex-Soviet space – has continued to change dramatically, and it’s not yet clear what Biden can bring to the region now. His incoming foreign policy leadership is heavily drawn from the Obama administration, people who since then have been working at think tanks, universities, or as consultants. Many of them now hold hawkish positions toward Russia.

“Everybody going in to the Biden administration is quite capable, but there’s not a lot of new faces. We are going to need to see some new ideas,” said Paul Stronski, a senior fellow in the Russia and Eurasia Program of the Carnegie Endowment for International Peace, a Washington, DC, think tank.

The key figures include:

“The world has changed a lot since Biden left office, and do these people recognize that U.S. credibility is shot, that we have a world that has moved in a much more multipolar direction, where it’s really hard for the U.S. to push on democracy promotion given the chaos that we have had here?” Stronski asked in an interview with Eurasianet.

At the very least, the new administration is likely to increase reengagement with the region following a Trump administration that took a largely hands-off approach. Under Trump, U.S. foreign policy focused on a few high-profile hot spots like China, Iran, Israel, and North Korea, while often ignoring much of the rest of the world.

That included the Caucasus: When Georgia, a close U.S. partner, feuded with Russia in 2019, Washington was conspicuously absent. So too when war broke out in late 2020 between Armenians and Azerbaijan.

If the region entered the Trump administration’s consciousness, it was usually as a by-product of one of its first-order concerns. This was most vividly on display during a Caucasus visit by then-National Security Adviser John Bolton in 2018, when he memorably told Armenians that they needed to resolve their conflict with Azerbaijan so as to be able to join Washington in isolating Iran.

The Armenia-Azerbaijan war took place during the presidential race. While high-level U.S. involvement was scarce, several senior officials issued uncoordinated statements, and Trump himself spoke about the war a number of times, apparently inspired by seeing Armenian flags at some of his campaign rallies.

The Biden campaign, meanwhile, issued a strong statement on the conflict. But the fighting ended in November following a Moscow-brokered ceasefire, and Russia has been by far the most dominant player in managing the fallout. Under the new administration the U.S. is likely to try to get more involved in the resolution of the conflict, but “I don’t know how feasible that is now,” Stronski said. “That train has already left.”

Still, both sides are hoping for a greater U.S. involvement, if for no other reason than to reduce their dependence on Russia. While Azerbaijan is worried that Democrats “are usually friendly with the Armenian lobby” in Washington, they also expect a harder line against Russia, said Farid Shafiyev, the head of an Azerbaijani government-affiliated think tank, Center of Analysis of International Relations. Still, “I don’t expect a big change,” he told Eurasianet. “In general, the U.S. began withdrawing from the South Caucasus under the Obama administration, and I don’t expect more active involvement” under Biden, he said.

One significant shift for neighbors of Iran will be Biden’s intention to restore the 2015 nuclear deal. The Trump administration’s bellicose approach to Tehran meant that nearby countries, most notably Armenia and Azerbaijan, were under the persistent threat of becoming collateral damage if war broke out.

The approach to other key neighbors, such as Russia and China, will also be critical but is less predictable, Stronski said. China is seen across the ideological spectrum in Washington as a threat to U.S. dominance but also as a necessary partner on global issues. The perception of Russia, meanwhile, has significantly shifted since the days of the reset and now many Biden supporters see it primarily as a malign influence globally and in the U.S.

“With this intense focus on Russia and China, these [the Caucasus and Central Asia] are countries that will be caught in the crossfire if those relationships continue to deteriorate,” Stronski said.

While most of the region is likely to continue to be a second-order priority, at best, there may be one exception.

“The one country where you could see a resurgence of engagement is Georgia,” Stronski said. “Biden was very interested in Georgia, he was the point man on Ukraine and Georgia in the Obama administration.”

That is certainly the hope in Tbilisi, said Kornely Kakachia, the head of the Georgian Institute of Politics, a think tank. “During the Trump administration, and even before, the region has been neglected,” he told Eurasianet. “The recent conflict in Nagorno-Karabakh vividly demonstrated that major Western actors like the U.S. and EU were absent, which created a power vacuum in the region.”