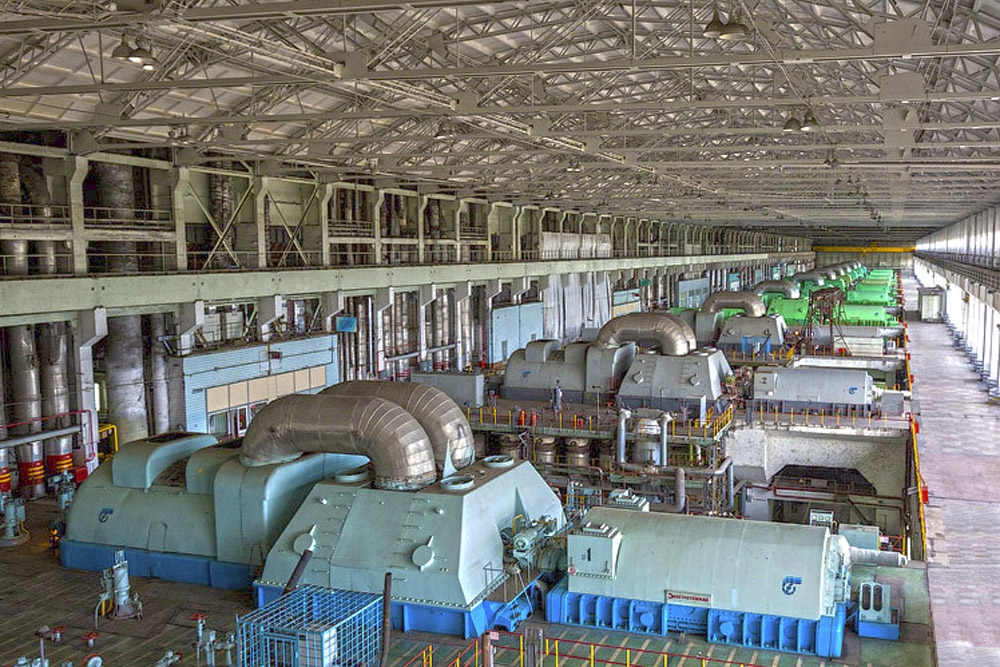 The Cuciurgan hydropower station located in the Moscow-loyal, breakaway region of Transnistria provides about 80 percent of Moldova’s electricity. Chișinău is reportedly in talks with a Chinese state-run company on “launching new projects for producing electricity in Moldova” by the end of 2016. (Photo: MoldGRES)

Chinese representatives from the state-run National Nuclear Power Company (NNPC) were in Moldova in mid-May for talks aimed at identifying opportunities to boost “bilateral cooperation in the energy sector,” according to an official statement. Chinese and Moldovan officials agreed to complete a feasibility study on “launching new projects for producing electricity in Moldova” by the end of 2016.

Officially, the NNPC wants to invest in “renewable energy, wind, solar, etc.” in Moldova, a country with about 3.6 million people. But the “etc.” is what matters.

The director of the Moldovan Academy of Sciences’ Energy Institute, Mihai Târşu, told EurasiaNet.org that the talks with China were not primarily about wind and solar energy investments, but nuclear energy. “I do not know whose idea it was to build a nuclear power plant in Moldova – Moldova’s or China’s,” Târșu said.

Bordered by Romania and Ukraine, Moldova, an aspiring European Union member, is nearly entirely dependent on external energy resources. Russia is a major supplier of natural gas. In addition, about 80 percent of Moldova’s electricity comes from a power station located in the Moscow-loyal, breakaway region of Transnistria.

With Vladimir Putin keen to reestablish a dominating geopolitical role for Russia, the Moldovan government, like others in Eurasia, has shown interest in energy diversification.

Târșu received a letter from the Economy Ministry seeking his institute’s expertise about bringing Chinese nuclear energy to Moldova, he said. He was asked to attend the meeting with China’s delegation, but declined.

The National Nuclear Power Company, he said, is willing to finance the nuclear power plant’s operation, as well as take on the cost of a feasibility study and construction.

For now, the Moldovan government seems more interested in renewable energy. “I really do not know why they did not say anything about nuclear energy, and only [talked] about renewable energy,” Târșu commented. “Perhaps the reason is that our assessment was negative!”

Târșu said that he advised against a nuclear power plant because of the environmental risks, plus Moldova’s lack of water resources, facilities for storing radioactive waste, and “qualified and experienced staff in this field.”

Another risk also exists: an Associated Press report in late 2015 indicated that Moldova could be a trafficking hub for nuclear materials. Criminal groups with supposed Russian ties allegedly have used the country four times since 2010 to try and pass radioactive materials to anti-Western customers (including a Moldovan undercover agent posing as a representative of the Islamic State terror organization). None of the attempts succeeded.

As of yet, these risks have not raised public questions. Local media and Moldova’s few environmental activists paid little attention to the NNPC visit.

Neither the Economy Ministry nor the Chinese Embassy in Moldova responded to a request from EurasiaNet.org for details about the energy talks.

No official public data is available about China’s existing investments in Moldova. Over the past few years, however, the People’s Republic has been promoting ambitious development projects throughout Eurasia and bordering markets.

In Ukraine, various Chinese concerns have invested some $22.6 million as of late 2015, primarily in industry, according to the Ukrainian Embassy in Beijing. Further afield, in the Caucasus, China’s most active interest appears to lie in Black Sea state Georgia, which hosted a 2015 founding summit for the China-proposed Asian Infrastructure Investment Bank. Chinese companies have become active in everything from real estate to mining, and have started to move into the tourism sector.

Denis Cenușă, an economic analyst at the Expert Group think-tank in Chisinau, attributes China’s interest in Moldova to long-term, strategic thinking. “Chinese state companies … are always interested in reaching new markets where they can export their products and technology, including for renewable energy,” he said.

For China, the attraction of Moldova as an investment location could be tied to a 2014 association agreement that allows items produced in Moldova to be exported duty-free into the European Union. Moldova’s energy sector attracted a relatively small amount (6.9 percent) of Moldova’s overall $228.52 million in foreign investment in 2015, according to government data. To investors not deterred by the country’s reputation for corruption and opaqueness, that could spell opportunity.

Deputy Prime Minister Octavian Calmac described the talks with China as part of “a comprehensive reform and modernization process of the national energy system in all compartments,” including the exploration of alternative energy.

But energy expert Târșu does not believe that a nuclear power plant will be built in Moldova. Thirteen years ago, Moldova also considered the possibility of a French-built nuclear power plant, but the discussions resulted in nothing.

The Ministry of Economy did not respond to EurasiaNet.org's questions in time for publication, but later wrote that Moldova's limited energy sources prompt it to seek alternative forms of energy. "But each of them will be implemented only after a feasibility study that will determine the criteria for achieving the concrete projects," it wrote.

China in 2015 supplied 6.5 percent of Moldova's total foreign trade, or $375 million. The country's exports to China increased by 3.9 percent between 2014 and 2015, according to the economy ministry.

Thanks to both Moldova's geographical location and its foreign policy toward neighboring countries, it serves "as a bridge" between East and West, the ministry wrote.