Will Russia’s Food Sanctions Create an Opportunity for Armenia? 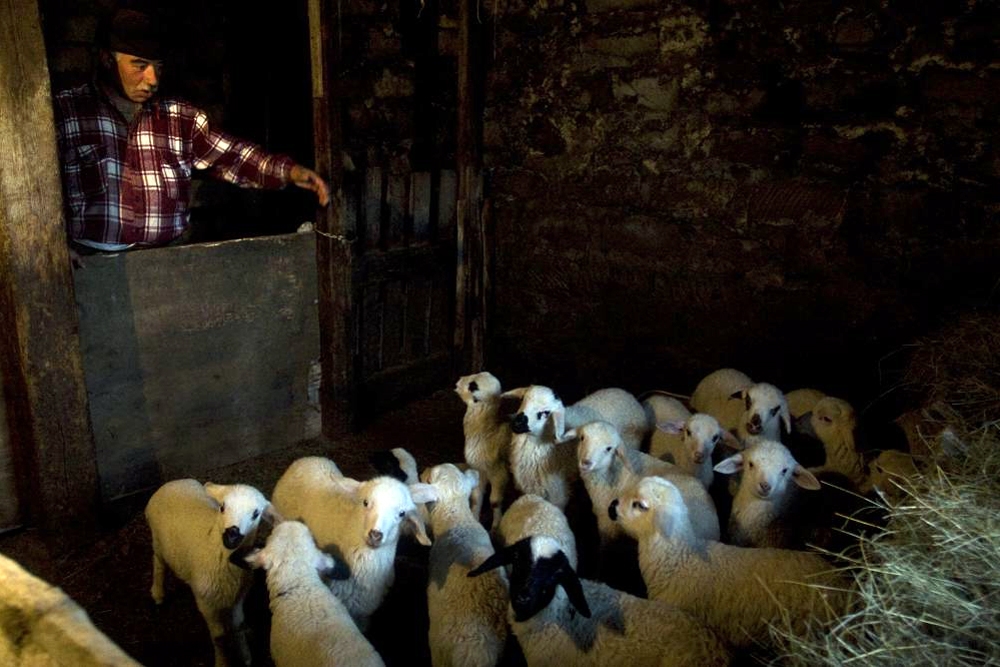 The Armenian government believes that Moscow’s August 7 ban on food imports from the West could offer its own weather-beaten agricultural sector a chance for a comeback. But some local analysts scoff at the notion.

In an August-11 interview with TV station Armnews, Armenian President Serzh Sargsyan argued that the sanctions had opened up "great opportunities for our agricultural producers in the Russian market.”

"We will fill in the gap [in the Russian market],” Sargsyan predicted. “We encourage people to produce more food and we'll apply our best efforts to facilitate the export of these goods to the Russian Federation.”

Agriculture Minister Sergo Karapetian appears to see this opening as a chance for Yerevan to strengthen its membership credentials for the Moscow-led Eurasian Economic Union. Armenia’s membership in the club, repeatedly postponed, is expected to go through by late October.

“It would be sensible to send responsible specialists to Moscow and other large cities, so as to learn about the levels of demand and sign relevant contracts there,” urged Karapetian, predicting a “drastic increase” in Russia-bound exports of wine, juice, water, fruit, vegetables, canned food, dairy products and meat. “We should take advantage of the established favorable conditions to the extent possible.”

Karapetian created a special working group on August 15 to pursue these aims.

But Armenia might have to take a number in Russia and wait in line. The Central Asian food-exporters of Kyrgyzstan, Tajikistan, Uzbekistan, and Eurasian Union member Kazakhstan all sense an opportunity, too.

Not all Armenian observers are as optimistic as the government about Armenian farmers’ prospects for increasing their exports to Russia.

"Yes, there is a hole in the Russian market now, but the question is whether Armenia will be able to take a stand there with its lack of [financial] resources and strategic approach [to agricultural exports],” objected economist Vahagn Khachatrian, a member of the opposition Armenian National Congress and a former mayor of the capital city, Yerevan. “This looks more like propaganda in Russia’s interest en route to the Customs and Eurasian Economic Unions, rather than a real opportunity.”

Armenia’s agricultural exports to Russia, including apricots, grapes, cherries, plums, potatoes, and cabbage, so far have accounted this year for just 35 percent of its total agricultural exports.  In 2013, though, they represented nearly 81 percent of the country’s $415 million in food exports, according to RFE/RL.

Yet, among Russia’s vast population of 143 million, these exports are so insignificant that they pass almost unnoticed, argued Khachatrian.

Frequent inclement weather and the agricultural sector’s subsistence practices mean that Armenia cannot offer the volume or consistency of exports needed to be “a reliable trade partner,” Khachatrian claimed. Frost destroyed at least 95 percent of Armenia’s apricot crops in 2014.

But, in an interview with EurasiaNet.org, Armenian Deputy Agriculture Minister Robert Makarian emphasized that the government understands the limitations.

“People think we are going to live in the Russian market, but we are just trying to enlarge our possibilities, which is quite possible,” Makarian said. In 2014, for instance, Russia accounted for 85 percent of Armenia’s exports of 23,300 tons of apricots, a prime cash-crop for the South-Caucasus country.

Economist Tatul Manaserian, director of Yerevan’s Alternative Research Center, agreed. The key, though, he underlined, is having “exact, strategic plans for agriculture and exports.” Right now, Manaserian argued, the government does not have any such plans.

Makarian claims, though, that the working group already has tackled the topic. “Soon, there will be new contracts [for imports] with the Russian side . . . “ he said, without revealing details.

Armenia appears to have found itself at both ends of the sanctions-war between Russia and the West over Moscow’s support for pro-Russian separatists in Ukraine. As the EU and United States stepped up their sanctions against state-owned Russian companies, speculation arose that Armenia, where Russian investors control large swathes of the economy, could see foreign investment affected.

Against that backdrop, Armenia is now aiming to meet Russian demand for lost food imports appears to be more about image than reality, reasoned economist Ashot Yeghiazarian of Armenia’s State University of Economics in a recent interview with news site Lragir.am.

"Moscow, which is facing sanctions from the West, would only benefit from moral support from the countries that are still under its influence,” Yeghiazarian said. “Those who truly believe in the ‘triumph’ of Armenian agricultural products in the Russian market are not capable of understanding and explaining the situation.”

In the village of Jrashen, a well-known producer of apricots in the western region of Ararat, one farmer, when asked about her expectations for larger exports to Russia, claimed that “peasants,” indeed, do not understand much about politics.

But the village’s dire economic situation, the result of destroyed apricots and high-interest-rate bank loans, is clear enough, she added.

“People are forced to leave the country,” commented Margo Vardanian, in reference to Armenia’s high rate of labor migration, “but if there are opportunities for market enlargement, then what else would we need? “

Moscow, where Vardanian once sent 20 tons of apricots per year, is Jrashen’s main market, she continued.

The chance that exports to Russia will revive Armenia’s agricultural sector may seem thin, but to impoverished farmers like Vardanian it offers promise enough.

“Russia is our only hope,” she said.