Will the Great Gulf Game Spill Over Into the Caucasus? 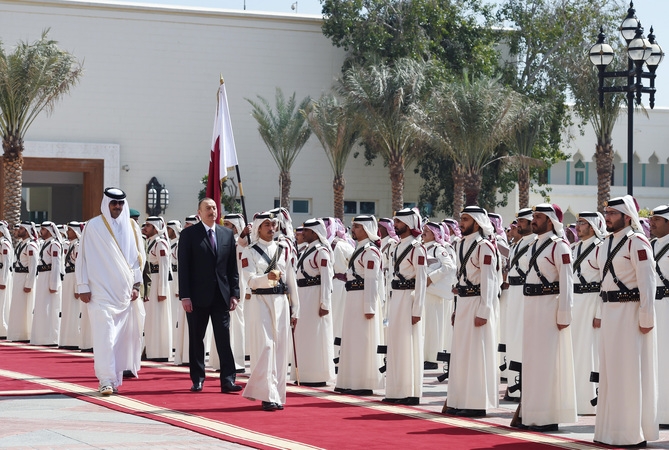 The Caucasus has long been caught up in the rivalry between Russia and the West, as the two sides pursue often conflicting interests in the region. But Gulf countries, too, have in recent years been actively courting countries in the Caucasus. And now, with a dramatic rift between Qatar and several of its neighbors, will that spill over into a sort of Arab Great Game in the Caucasus?

The Gulf and the Caucasus have increasingly become intertwined, both politically and economically. In just the last three months, the Saudi State Minister for Gulf Affairs visited Azerbaijan three times. The first reported visit was in March, just weeks after Qatar hosted Ilham Aliyev. The second and third were in May, with the latest just last week. The Saudi ministry was only established last October with the apparent purpose of rallying regional countries behind Saudi Arabia in its conflict with Iran, and presumably also Qatar.

Also in recent months, the United Arab Emirates hosted Armenian president Serge Sargsyan for an investment conference in March, and Sargsyan followed that with a similar trip to Qatar in May.

The UAE had already emerged as a top foreign investor in Georgia, with a 2008 deal to buy the port of Poti by the Ras al Khaima investment authority (RAKIA), which was estimated to put over $155 million into the project. (In 2011, RAKIA sold the port, along with its other foreign holdings, amid domestic disputes.) Yet another UAE investor poured $140 million into a Tbilisi hotel. UAE-based companies have also been among the biggest sources of foreign investment in Azerbaijan and Armenia. Most recently, the Abu Dhabi-based Ocean Holding LLC pledged to invest $100 million into solar energy in Armenia.

Tourists from Gulf countries have been pouring in to all three countries. Last year, Qatar Airways became one of the handful major international airlines to launch almost daily direct flights to all three Caucasus capitals; UAE-based low-cost carriers Air Arabia and flydubai do the same. Bahrain’s Gulf Air is expected to inaugurate flights to Tbilisi this month.

And the Caucasus countries have been opening their doors: In 2016, Azerbaijan eased visa rules for Gulf states; currently its visa rules are less restrictive for Gulf Cooperation Council passport holders than for those of neighboring Turkey and Iran or the U.S. and the European Union.

Armenia and Georgia, which already had visa free regimes with most of the world, also have sought to get in on the Gulf tourism action, lifting visa requirements for Gulf states (though Armenia made an exception of Saudi Arabia, the two don't have diplomatic relations due to Riyadh's support for Azerbaijan in the conflict over Nagorno Karabakh).

But all three Caucasus countries have built ties both with Qatar and the other Gulf states, and so appear to be trying to keep a low profile during this current crisis. Armenia said that it will continue to pursue close ties with Qatar, in spite of the sanctions its other Gulf partners have imposed. Azerbaijan also has professed its desire to keep a balanced approach. “As with these countries [in the anti-Qatar coalition], we have normal relations with Qatar. These states should not be enemies with each other,” said MP Tahir Kerimli. Georgians appear to be keeping silent.