With Americans Taking Off, Kyrgyzstan Mulls Selling Airports to Russia 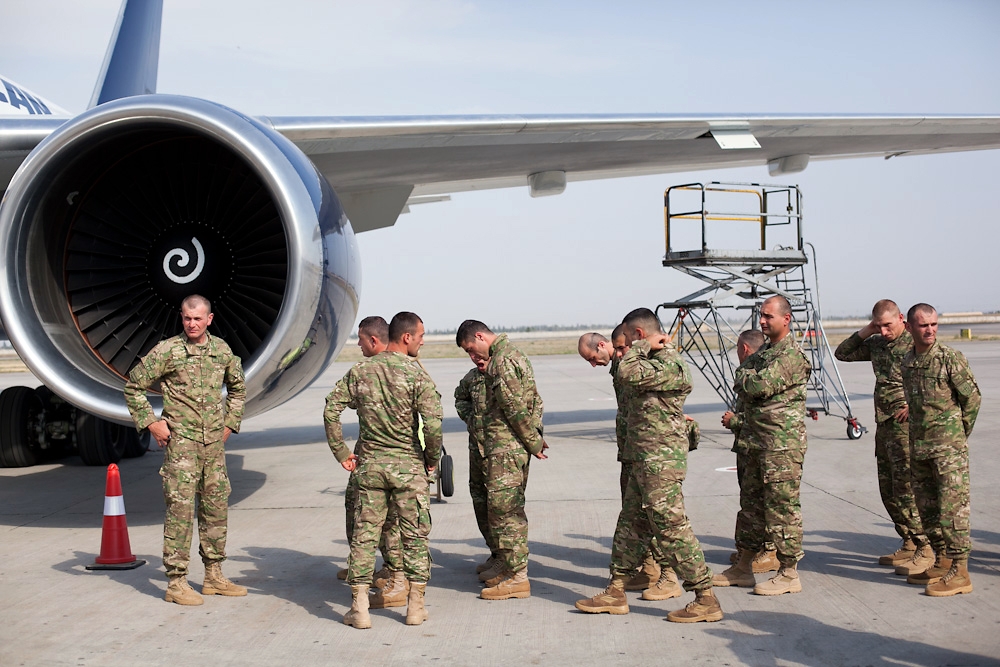 As the U.S. military and its allies move out of Kyrgyzstan, will Russian business move in? (Photo: David Trilling)

Russia’s state-run oil giant Rosneft wants to purchase a majority stake in the state-controlled company that owns all of Kyrgyzstan’s civilian airports. The negotiations are stoking concern in some circles in Bishkek about the potential risk to Kyrgyzstan’s sovereignty. But with its entrenched corruption, poor governance and remote location, the Central Asian country has few other options.

Rosneft’s takeover target is a company called Manas International Airport, named for the largest of the airfields under its control. In addition to Manas, which is situated outside Bishkek, the company operates 10 smaller (mostly non-functional) airports around the country.

The Manas facility has hosted an American military base for almost 13 years, but the troops are packing up and are due to leave by July. Without the American spending, Kyrgyz officials argue, the company, which is 79 percent state-owned, will go into the red.

In February, Igor Sechin – Rosneft’s chairman, and close ally of Russian President Vladimir Putin – and Kyrgyz First Deputy Prime Minister Djoomart Otorbaev (who has since been appointed acting prime minster) signed a non-binding memorandum on Rosneft’s intentions to purchase at least 51 percent of Manas’ shares. In the memo, Rosneft also promises to spend up to $1 billion for the shares and to create “a large-scale international logistics hub.” In a separate document, Rosneft expresses its intentions to purchase 50 percent of fuel-distribution operations at Osh airport, Kyrgyzstan’s second largest, and acquire the Bishkek Oil Company, a private company that runs a network of filling stations in Bishkek.

Manas Vice President Dair Tokobaev admits that Manas’ economic prognosis is grim unless it can find a new revenue stream to offset the closure of the American base. “We have a lot of problems. We need an investor,” Tokobaev told EurasiaNet.org. Since 2010, when Kyrgyzstan’s government began insisting the Americans would have to leave, officials have floated the idea of turning Manas into a civilian transportation hub serving cargo and passengers transiting Asia. In the National Strategy for Sustainable Development, President Almazbek Atambayev has made reconstruction and modernization of the country’s airports, and the creation of a global hub, one of his administration’s top priorities.

In a March 27 television interview, Atambayev threw his support behind the Rosneft initiative, reasoning that Kyrgyzstan basically had no other choice. Inexpensive fuel is necessary for the airport to develop and only Rosneft is able to provide it, he said. “Those screaming that any percent cannot be given to Rosneft, all the more so 51 percent, they, in fact, want to put an end to the future of Manas,” Bishkek’s Kloop.kg news agency quoted the president as saying.

In recent years, Russian state-controlled companies have moved aggressively to gobble up key Kyrgyz assets. In December, for example, Moscow’s state-run giant Gazprom acquired ailing Kyrgyzgaz, which manages Kyrgyzstan’s gas-distribution network, for the symbolic price of $1. (Gazprom promised to invest $600 million into the network and also assumed $38 million in debt.) During discussions of the sale last summer, Kyrgyzgaz chief Turgunbek Kulmurzayev told local newspaper Vechernii Bishkek that the company was “bankrupt” and “had no other choice” but to sell. Another Kremlin-controlled company, RusHydro, started construction of a $400-million hydroelectric cascade last June. Moreover, Russia’s state-run Inter RAO has promised to build an estimated $2-billion hydropower dam, Kambara-Ata-1, further upstream on the Naryn River.

Such deals are viewed warily by some experts in Bishkek. Most readily acknowledge that Moscow is destined to exert considerable influence over Bishkek, given that Kyrgyz labor migrants in Russia generate the equivalent of about one-third of Kyrgyzstan’s GDP, and a large contingent of Russian troops are stationed in the Central Asian state. But the steady stream of sales of state assets is making it much more difficult for Kyrgyz officials to steer an independent course.

Bishkek-based analyst Marat Kazakpaev argues that while Kyrgyzstan needs foreign investment, it should strive to attract private investors. He believes that Russia, with the recent string of deals, is expanding its geopolitical influence in the region and sees Bishkek as its foothold. “The fact that Rosneft is a state-owned company gives this memorandum a political context. This is not business, this is politics,” Kazakpaev told EurasiaNet.org.

The challenge for Kyrgyzstan at present is that its reputation for widespread corruption and political volatility is frightening potential Western investors away. “Let’s admit it frankly, if there will be investment, it will be from Russia. We won’t get any investment from the West,” economist Meimanbek Abdyldaev told Radio Liberty’s Kyrgyz Service. Rosneft’s interest in Manas “can be regarded as a forerunner to [Kyrgyzstan’s] entrance into the [Russia-led] Customs Union.”

Though the Rosneft memorandum is not legally binding – and any final deal to sell state-assets must be ratified by parliament – on March 20, a small group of protestors gathered outside the legislature. Rights activist Gulshaiyr Abdirasulova told Kloop.kg that Manas is a “strategic object. It’s the people’s welfare and wealth. We’re not against investments that will develop the airport, but [we want investment] without giving away a controlling stake.” Parliamentarian Dastan Bekeshev supported the demonstrators. “If one wants to attract investors, one does it not through sale, but through opening a joint venture,” he was quoted as saying.

Rosneft did not respond to repeated requests for comment. Neither did Russia’s Transport Ministry, which is helping negotiate the deal.

Tokobaev at Manas agrees that the airport is a strategic object, but for him development is more critical than the funding source. Without investors like Rosneft, “we will be left feasting our eyes on [Manas] like a cultural memorial. Should we let it be gouged and plundered and stay Kyrgyz, or should we save and develop it together with someone?”