With draft convention, resolution of Caspian Sea status appears closer than ever

The agreement would end a dispute that has festered since the Soviet Union's collapse. 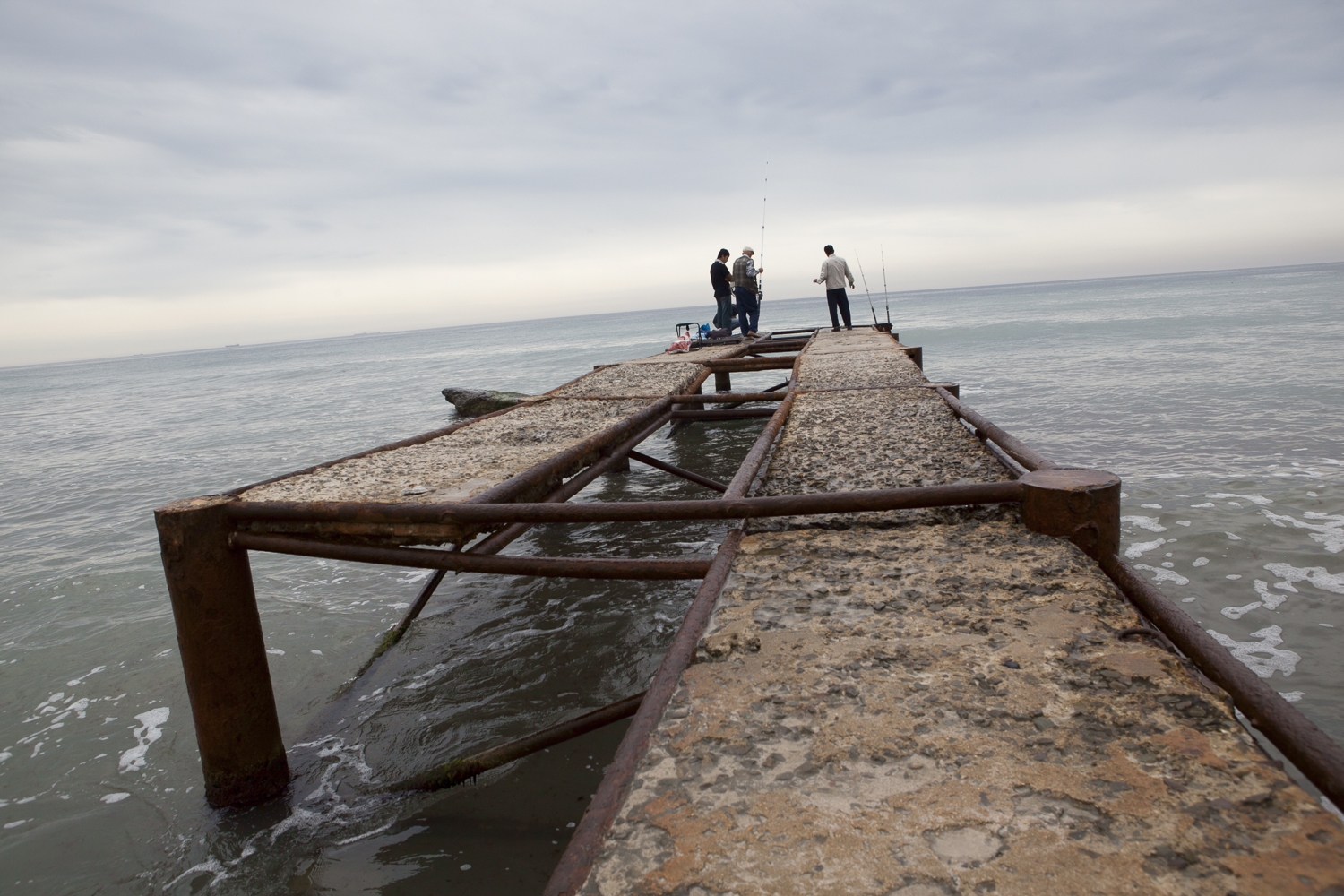 A new draft convention on the legal status of the Caspian Sea, allowing for the laying of pipelines on the seabed and banning foreign military forces, has reportedly been agreed by the five bordering states. Officials also have said that a summit between the five heads of state will take place in early August to sign the agreement.

If it comes off, it would end a dispute that has festered since the collapse of the Soviet Union on how to divide up the sea and its substantial oil and gas reserves. It could also pave the way for the transport of natural gas from Turkmenistan to Europe, something European officials have long hoped for, but which Russia and Iran have opposed.

On June 22, Russia's official state portal for legal information published a resolution by Prime Minister Dmitry Medvedev recommending that President Vladimir Putin sign the agreement. It also published the draft agreement itself, but quickly deleted it.

The most noteworthy element of the agreement was Article 14, allowing the littoral states to lay undersea pipelines with the approval only of the countries through whose sectors of the sea the pipeline would pass.

The agreement postponed, however, one of the thorniest issues between the five states: exactly how the sea would be divided up. This has been a longstanding dispute between Tehran, which has insisted on each state getting a 20 percent share, and the other four states, whose shorelines are longer and who prefer a “median line method” of dividing up the sea that would leave Iran with only a 14 percent share.

The published draft document says only that “the delimitation of the floor and mineral resources of the Caspian Sea by sector will be carried out by agreement between the neighboring and facing states taking into account generally recognized principles and legal norms.”

That approach is “evasive” but “expected,” said Stanislav Pritchin, the head of the Center for Central Asia and Caucasus Studies at the Russian Academy of Sciences, in an interview with Russian newspaper Kommersant.

The draft convention is the result of 16 years of talks between the five Caspian littoral states: Kazakhstan, Azerbaijan, Russia, Turkmenistan and Iran. It follows December's agreement between Azerbaijan and Turkmenistan on how to divide up their maritime border, which has been particularly sensitive as the area contains contested gas fields.

But while details of the final draft itself remain vague, several questions also remain unanswered.

Not least: What's in this for Russia? Russia is unlikely to welcome competition in the form of gas from Turkmenistan, which could potentially drive prices down and eat into state gas company Gazprom's market share.

But Russia may be counting on other obstacles getting in the way of a trans-Caspian pipeline, like financing, said Zaur Shiriyev, a Baku-based fellow at the International Crisis Group. “Russia might also believe that ongoing problems between Turkmenistan and Azerbaijan will slow down the process,” Shiriyev told Eurasianet.

It also remains unclear why Azerbaijan, itself a gas producer with ambitions to become a major supplier to Europe, would agree to allow a competitor nation – i.e., Turkmenistan – to construct pipelines across the Caspian and transit gas through its territory to compete with its own gas.

“Most likely Russia is more concerned about Turkmenistan's growing dependence on China as a gas export market and wants to improve its leverage over Ashgabat,” said John Roberts, an analyst on Caspian energy and senior fellow at the Atlantic Council, a think tank in Washington, D.C.

With that in mind, Roberts added, Moscow may be prepared to allow the development of a pipeline carrying small volumes of gas across the Caspian for use by Azerbaijan domestically or for transit to Turkey, secure in the knowledge that Azerbaijan itself would be unlikely to agree to a major pipeline to transit large volumes of gas to Europe.

“Baku might agree to a pipeline carrying, say, 8 to 10 billion cubic meters per year,” Roberts told Eurasianet. That volume could help cover Azerbaijan's own domestic gas shortage, the result of exporting most of its own production, while providing some for Georgia and Turkey and possibly a small volume for export via the TANAP pipeline being developed by Azerbaijan and Turkey. That pipeline currently has nearly half its capacity still available.

Russia also was able to secure a provision in the draft agreement forbidding the presence of armed forces from non-littoral states on the Caspian. It also forbids any of the signatories from letting their territory be used as a base for an attack on another signatory. Moscow has been extremely sensitive about Western countries', in particular America’s, tentative efforts to establish naval cooperation with Caspian states.

The five Caspian heads of state are tentatively scheduled to have a summit to sign the agreement on August 12 in Aktau, on Kazakhstan's Caspian coast, reported Kommersant citing several unnamed sources.

David O’Byrne is an Istanbul-based journalist who covers energy. With additional reporting by Joshua Kucera.