With Joint Exercises, NATO Tries To Keep Georgian Hopes Up 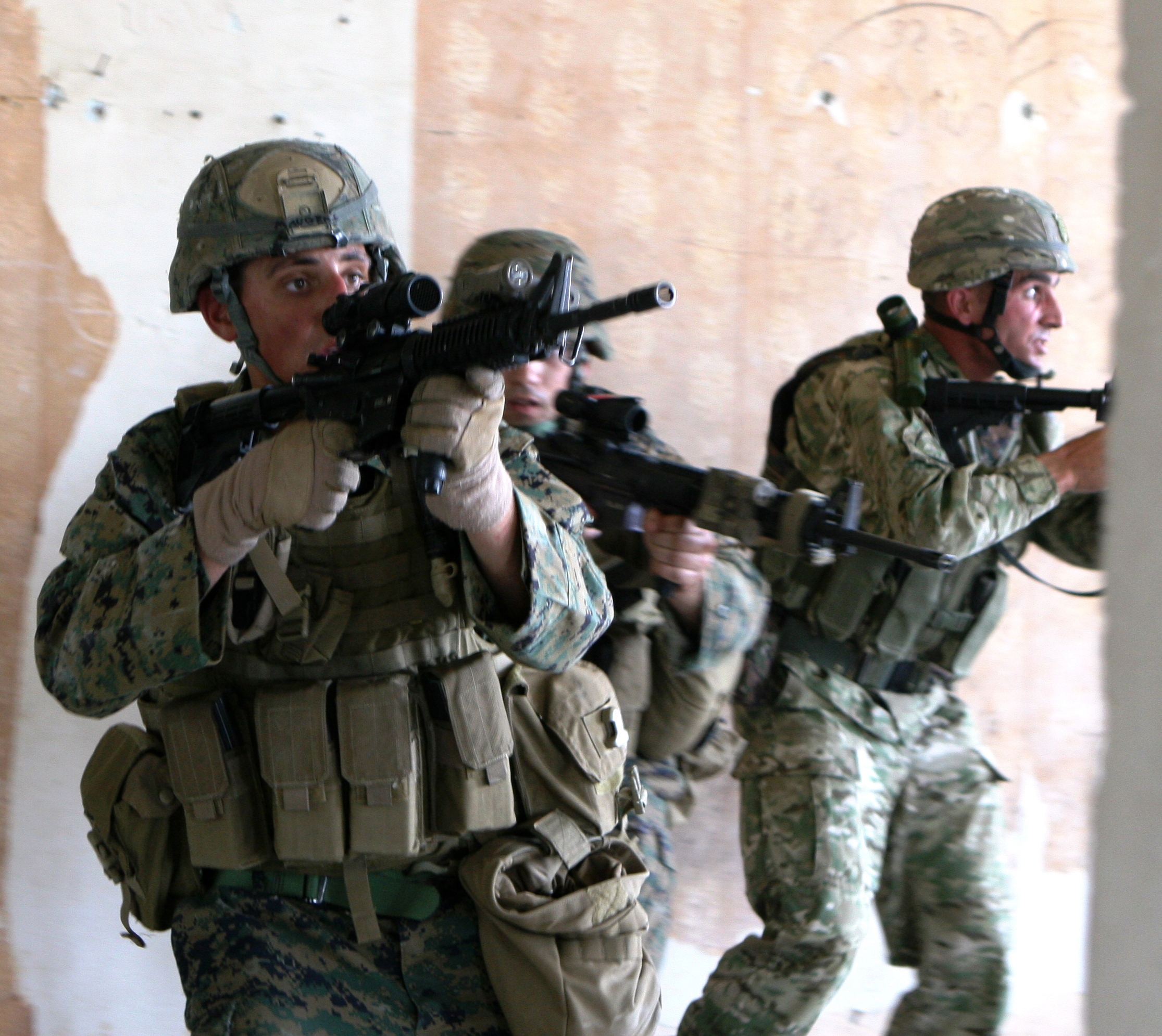 NATO militaries wrapped up joint exercises in Georgia this week, as the alliance tries to strengthen its position in the Caucasus as a counterweight to Russia, and Tbilisi tries to leverage NATO's newly sharpened confrontation with Russia to achieve its long-held goal of membership in the alliance.

The exercise, Agile Spirit, involved about 250 soldiers from Bulgaria, Georgia, Latvia, Lithuania, and Romania. It was the first NATO exercise held at the Vaziani base outside Tbilisi as a result of the decision, made at last year's NATO summit in Wales, to open a training base in Georgia. (Exercises named Agile Spirit have been held in Georgia in the past, but those were bilateral U.S.-Georgia exercises; those now have a new name. Noble Partner.)

The exercises took place in an atmosphere of heightened tension between Russia and Georgia; while the exercises were going on the former moved the border a bit in a possible attempt to provoke the latter or at least to visibly throw its weight around.

NATO's decision to open the base was a means of showing increased support for Georgia while still not offering the country a clear path to membership, i.e. Tbilisi's long-coveted NATO Membership Action Plan. Tbilisi still hasn't given up on that goal, and is again publicly calling for it to be offered a MAP at next year's NATO summit in Warsaw. NATO's repeated offers of half-measures to Georgia have started to wear thin in Tbilisi, and Agile Spirit was intended to encourage Georgians to keep the faith.

“The presence of NATO troops here, conducting exercises with the Georgians makes a tremendous impact for this country politically,” said William Lahue, head of the NATO liaison office to Georgia, in an interview with the U.S. military newspaper Stars and Stripes. “It helps to keep them hopeful of their path toward NATO.”

It's not clear whether the ongoing crisis with Russia will help or hurt Georgia's chances of getting MAP, but the Georgian leadership is continuing to explore creative means of gaining NATO membership with or without that step. One possible solution, wrote analyst Mamuka Tsereteli, is to declare in Warsaw that Georgia could become a NATO member at any time without MAP.

"This would avoid providing Moscow with any pretext for further negative escalation in the Caucasus. Currently Moscow believes that NATO is not ready to accept Georgia in the alliance and by not giving Georgia MAP NATO will confirm Russian expectations," Tsereteli wrote. "At the same time, by removing the impediment of a MAP, NATO would strengthen the Georgian public’s faith in the vision of “joining the West.” The understanding then will be that Georgia may become a member when NATO makes a political decision about the issue and there will be no technical impediments for membership at that moment."

Agile Spirit is part of a greatly accelerated pace of NATO military exercises near Russia's borders; also this month exercises involving 800 troops, including Georgians, started in Moldova. And this fall, the alliance will start what it calls its biggest exercises in a decade, with 36,000 troops in Portugal, Spain, and Italy. The exercise will be aimed at testing the ability of the alliance's rapid-reaction Response Force to deploy to a crisis spot in 48 hours. The scenario of the exercise is intriguing: "to aid the fictitious country of Sorotan, a non-NATO member torn by internal strife and facing an armed threat from an opportunistic neighbor." That most obviously describes Ukraine, but could be interpreted to apply to Georgia or Moldova, as well.