With Kazakhstan’s presidential election over, the real work begins

As ongoing protests show, Kazakhstan’s political landscape is not as predictable as the regime’s tacticians have heretofore believed. 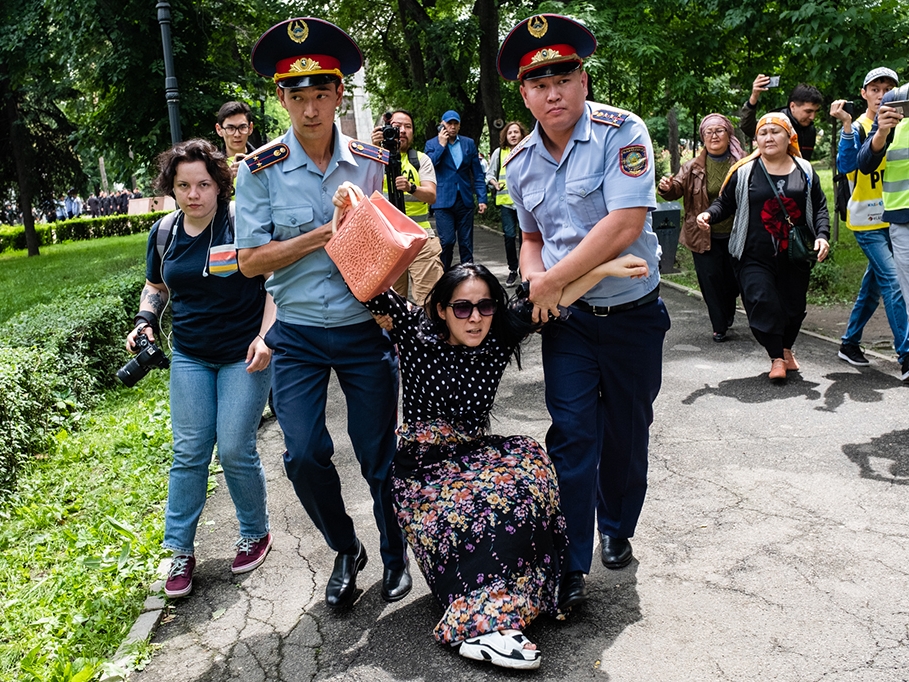 The results of Kazakhstan’s presidential election pose a puzzle. Both for the government and its opponents.

As anticipated, Kassym-Jomart Tokayev ran away with the vote. Preliminary results announced on the morning of June 10 showed him getting 70.8 percent of ballots cast. His nearest rival, opposition-lite candidate Amirzhan Kosanov, garnered a surprisingly respectable 16 percent.

As was often the case with his predecessor, mentor and power-behind-the-throne, Nursultan Nazarbayev, who stepped down in March, the public appeal of Tokayev lies in the perception that he will guarantee continuity.

“I cast my ballot for Tokayev. You never know what could happen if an opposition politician came to power,” Aidyn Bekbayev, a voter from Almaty, told Eurasianet. “Revolutions, pogroms, unrest. What do we need all that for? I want peace and stability.” 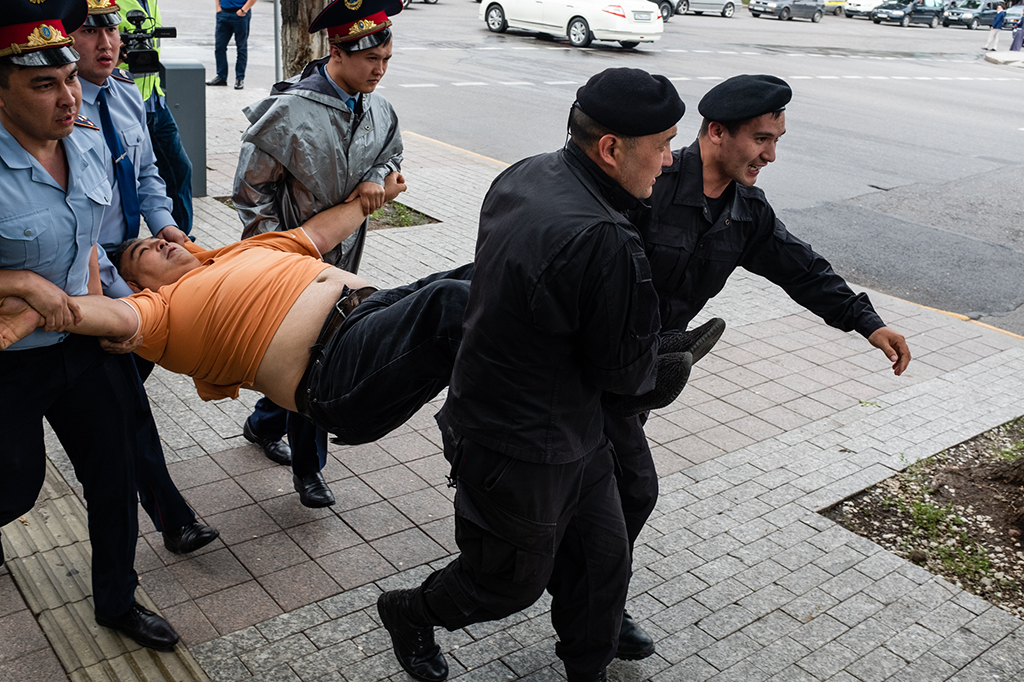 But although Tokayev scored a confident victory, his showing fell very short of the 98 percent that Nazarbayev got in 2015. The reduced turnout vote-on-vote also feels discouraging. Ninety-three percent of eligible electors cast their ballot for Nazarbayev. That figure is around 55 percent for Tokayev.

Is this a political flesh wound? Or was this the plan all along? That is for the political tea leaf-readers to work out.

It may help though to cast memories back to January 25, 2017. That evening, the presidential administration provoked a ripple of excitement among the jaded analyst community by announcing that Nazarbayev was to make an unscheduled televised address to the nation. In it, the president announced that under a series of reforms to the constitution, some powers would be handed to parliament. The president’s authority would as a result be diluted, he said.

With the benefit of hindsight, it seems like that tinkering made a future weakened presidency not just acceptable but also desirable. And that a slightly energized parliament is the next ingredient in this recipe. The question is when.

“There are unlikely to be parliamentary elections this year. There would be no sense in that. If they have elections under the existing electoral system, the same groups would end up in parliament,” political analyst Talgat Ismagambetov told Eurasianet. “Tokayev will focus on the executive branch – in the regions and large cities. If the executive is energized, then the parliament will be energized too.”

At the moment, Kazakhstan’s parliament is, by the reckoning of most independent observers, a sleepy and policy-weak zone.

The lower house of parliament, the Majlis, currently holds three political groups. The ruling Nur Otan party has 84 seats. And then there are two astroturf, pseudo-opposition formations – the pro-business party Ak Zhol and the ersatz leftist Communist People’s Party of Kazakhstan, or KNPK – with seven deputies apiece. Another nine MPs are appointees from a parastatal interethnic coalition called the Assembly of People of Kazakhstan. 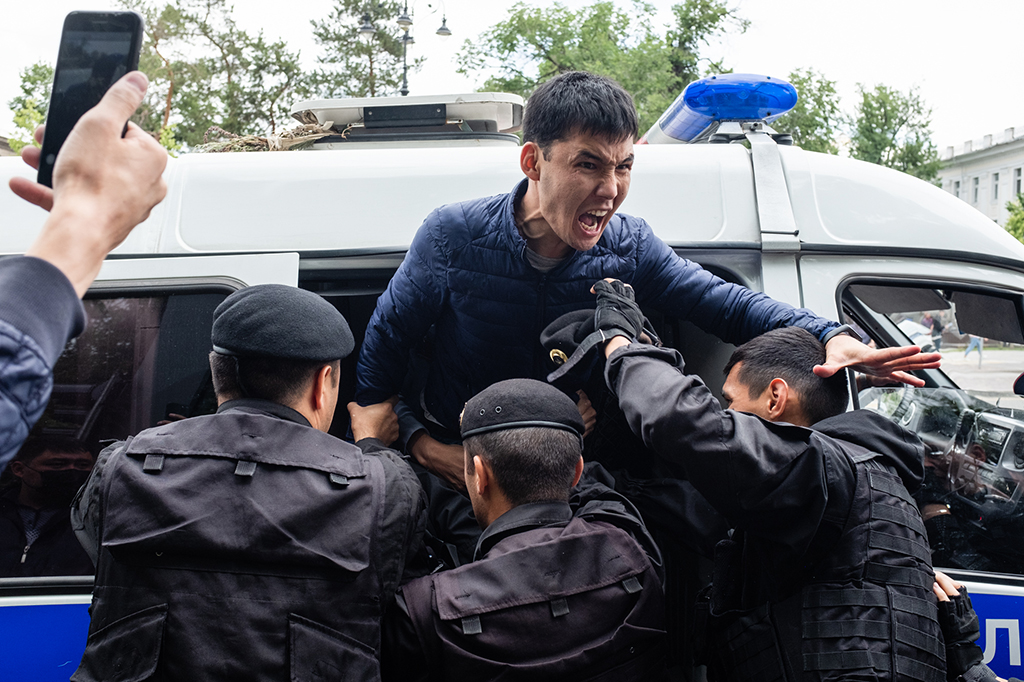 Most anyone outside that circle gets short shrift. Under Nazarbayev’s rule, the government has adopted two lines of attack toward the genuine opposition, which ranges along a spectrum from exiled hardliners to milquetoast veteran critics of the ruling elite. One neutralization strategy undermines critics through a cocktail of divide-and-conquer, coopting and sidelining. For the more intractable elements, there are arrests, bans and harassment.

Kosanov’s unexpectedly solid electoral performance – he did the best any opposition candidate has ever done in Kazakhstan’s history – presents the possibility that the regime in Nur-Sultan is ready for another party to enter the parliamentary fray. The watchword until now has been for “constructive opposition,” the euphemism applied to parties like Ak Zhol and the Communist People’s Party. The time may have come for an “uncooperative constructive opposition.”

The situation has evolved, however, and what the government is cooking up may not be enough to mollify a more politicized and restive public. The protests that took place in Nur-Sultan and Almaty before, during and after election day attest to that.

“I read this election as a regime miscalculation of both the people's mood before the election and of the complications arising from a vote in which there was really no choice at a time at which the people, especially in Kazakhstan's urban centers, demanded change,” Luca Anceschi, a lecturer in Central Asian studies at the University of Glasgow, told Eurasianet.

If the government’s most ardent critics were ever in love with Kosanov – and it is debatable that they ever were – this well of affection has dried up completely. The feeling is that he took his line of moderation too far.

“Were Kosanov a real opposition figure, he would certainly […] have called on those who voted for him to protest against the result of these elections. There is nothing illegal and extremist about a peaceful protest,” Sergei Duvanov, a vocal human rights activist, wrote on his Facebook account. “But Kosanov did not go for this and agreed to admit defeat. By doing that he betrayed everybody who voted for him.”

Duvanov concluded by declaring that Kosanov had “flushed himself down the toilet of history.”

“The public representation of dissent […] will have to be incarnated by genuinely alternative forces: the time of Kosanov, or other internal opponent is running out,” he said. 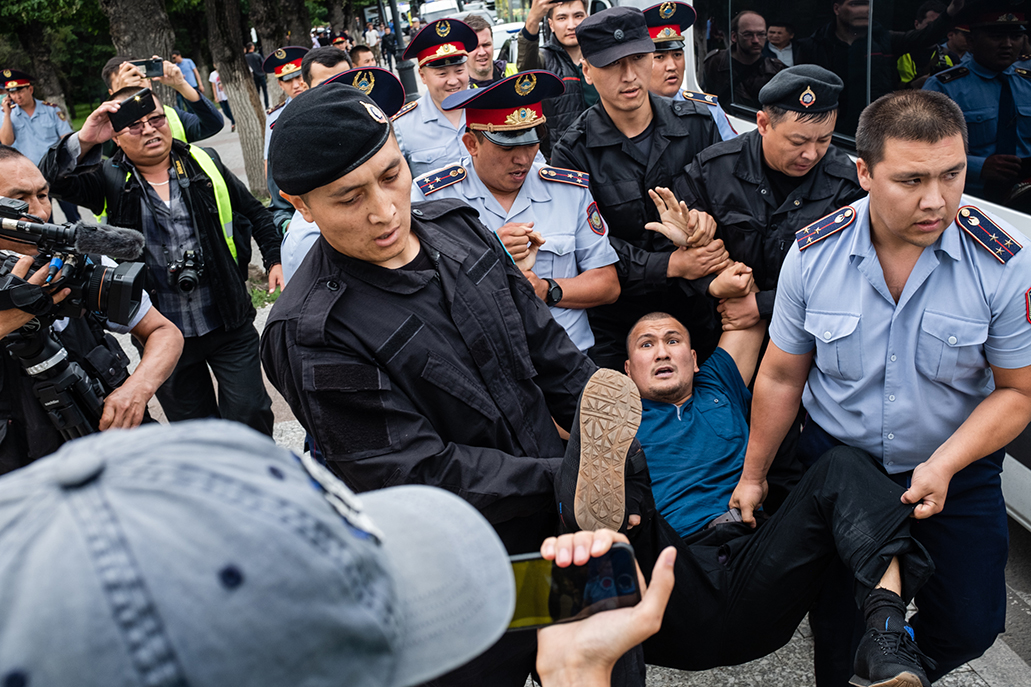 But by depriving the field of moderate opposition voices, the authorities have created room for only hardline critics and street politics.

Mukhtar Ablyazov, the self-exiled former banker who is a ferocious enemy of the current elite, and his Democratic Choice of Kazakhstan have made hay by calling for one unauthorized protest after another. During the most recent rally in Almaty, on June 10, the day after the election, around 100 people were detained by police, according to a Eurasianet correspondent at the scene.

Although the crowd-control methods adopted by the police and the refusal to tolerate even small peaceful gatherings have been much criticized, this approach has been more or less effective at containing the appearance of discontent. And this without falling back on heavy tools like water cannons, tear spray and rubber bullets, all of which are routinely used in developed democracies.

But the sight of protesters, including many elderly people, being dragged away screaming by groups of anti-riot personnel, could deepen negative sentiments and lead to a vicious circle, said Erica Marat, an associate professor at the National Defense University in Washington.

“The growing protest sentiment and the fear among the authorities of losing control over the political situation could lead to more robust measures from the police. This could cause injuries or even lethal outcomes. Escalation scenarios are well-known in the post-Soviet space,” Marat told Eurasianet.

The current political season is also different in that it has opened a new front of anti-government activism, spearheaded by a young, urban cohort that has been signally apolitical until now.

Once Tokayev is able to fully ensconce himself in office, a pressing task will be to recognize that the landscape is not as predictable as the regime’s tacticians have heretofore believed.

“The best thing that Tokayev could do to reduce tensions is to give young people and the wider public more opportunities to take part in political forums,” said Marat. “To give those criticizing the authorities more options for forming rival parties and to create stronger dialogue between the state apparatus and the public in general.”