With loss of parliament, Georgia's second city prepares for a downgrade

Prospective changes would reverse the previous government's efforts to share with Kutaisi some of the development that booming Tbilisi has enjoyed. 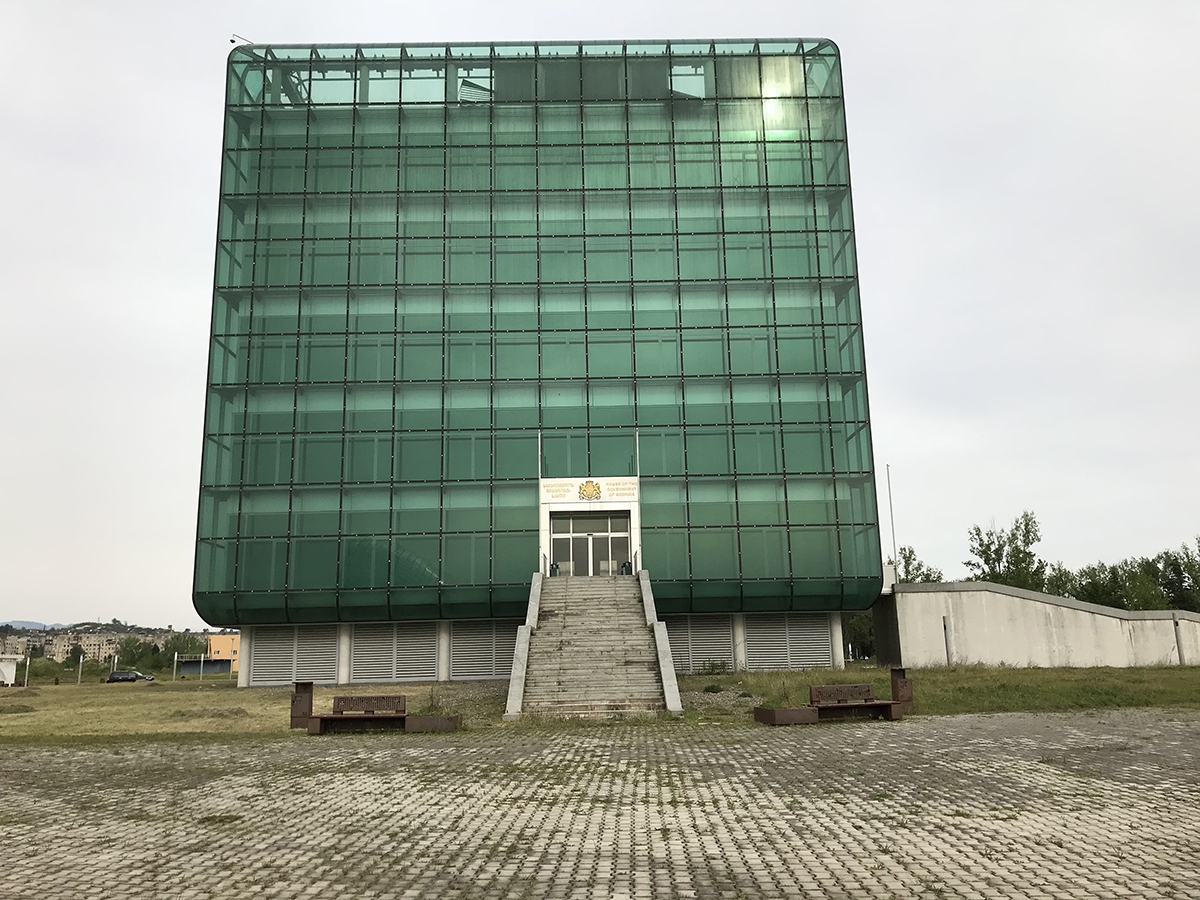 A government building in Kutaisi that’s never been used. (All photos by Joshua Kucera)

When Georgia moved its parliament to Kutaisi – 150 miles and more than three hours' drive west of the capital, Tbilisi – then-President Mikheil Saakashvili promised the move would make the city “Georgia's second capital.”

That was 2012. Six years later Kutaisi doesn't yet feel much like a capital. Dogs sleep in its quiet downtown streets and the glassy, futuristic, $200 million parliament building on the city's outskirts is already looking shabby; the surrounding lawn is overgrown and the pavement, broken.

Now it appears that Georgia may be quietly preparing to end its experiment with a second capital.

The country's new constitution, approved in 2017 and scheduled to enter force later this year, removed the article that had decreed “The Parliament of Georgia shall reside in the city of Kutaisi.”

The government has not formally commented on its intentions for the parliament. But parliamentary staff, speaking to Eurasianet on condition of anonymity, say they expect the parliament to move back to Tbilisi from Kutaisi after the presidential elections scheduled for October.

The prospect of losing parliament comes as a blow to Kutaisi. The move here was a “morale booster” for the city, said Nugzar Kokhreidze, a local activist and organizer. Kutaisi is traditionally Georgia's second city, but recently its population was surpassed by that of Batumi, the country's growing coastal hub. Kutaisi also has a long history as a seat of medieval Georgian kingdoms and a center of Georgian culture, and parliament’s move here was welcomed as a modest restoration of its status. “Symbolically, it is very important,” Kokhreidze said.

The arrival of the parliament coincided with another grand development project: the Kutaisi International Airport, also opened in 2012, which now receives several flights per day on budget airlines from Europe.

Many of those travelers add a stop in Kutaisi to their Georgian itinerary. Kutaisi's formal attractions for a tourist are modest: a smattering of churches and handsome 19th century colonial buildings like a grand opera house and the high school where many of Georgia's most illustrious students, including the Soviet-era poet Vladimir Mayakovsky, studied. The city's 11th-century Bagrati Cathedral lost its status as a UNESCO World Heritage site in 2017 following an overeager restoration.

But Kutaisi has plenty of what really appeals to foreigners about Georgia – the food (which locals say is better than that in Tbilisi), wine, and hospitable Georgians – in a much more manageable package than the chaotic capital offers.

Tourists – especially those from countries with direct flights to Kutaisi like Germany and Poland – have responded. “Five years ago it was rare to see a foreigner here, now you see them everywhere,”  Kokhreidze said.

Although precise numbers of visitors aren't available, all indications are that the airport has dramatically increased the numbers of foreigners in the city. “I remember the years before there was an airport here, and we were nowhere,” said Giorgi Gulua, an official at the city's tourist office. Tourists “would only stop here for dinner” en route to somewhere else, he said.

But the tourism boom, like parliament, could be leaving Kutaisi. The government is looking at plans to reroute the country's main East-West train route to include a station at the Kutaisi airport, which would significantly reduce tourists' incentive to stop in town. “It's not good for Kutaisi,” Gulua said.

The double blow would effectively reverse the previous government's efforts to share with Kutaisi some of the development that booming Tbilisi has enjoyed.

When the new parliament building was inaugurated in May 2012, Saakashvili hailed it as a way of “decentralizing” power away from Tbilisi. “The emergence of many centers is the firmest foundation for unity,” he said.

But in October the same year, Saakashvili's United National Movement party lost parliamentary elections to the Georgian Dream coalition, which had opposed the move to Kutaisi.

When it came to power, the new GD government only half-heartedly implemented the move to Kutaisi, keeping part of the parliament's operations in Tbilisi. The parliament now works on an alternating schedule – one week in Kutaisi for general assembly sessions, and one week in Tbilisi for committee meetings.

That half-measure doomed the experiment to failure, said Keti Berdzenishvili, the co-founder of a local news and talk radio station, Radio Old City. “The idea was that young people would move here, but that didn't happen.”

The hope in Kutaisi was that the parliament would foster a small industry of aides, experts, and lobbyists who would work with parliament. Young, educated people would move to the city, and secondary industries – real estate, restaurants – would sprout up around them. Such business plans were already in the works until Georgian Dream came to power, Berdzenishvili said. But “everything stopped” when GD started conducting parliament only half time in Kutaisi, she said, since if a person who wanted to work with parliament had to choose between Tbilisi or Kutaisi, they'd always choose the former.

When discussions on the new constitution began in 2016, Georgian Prime Minister Giorgi Kvirikashvili said there were no plans to move the parliament away from Kutaisi – and if there were, it would only be done after public consultations.

“We don’t plan such a change, for several years at least, if we decide to move Parliament from Kutaisi to Tbilisi this will take place only after active discussions with Kutaisi residents,” Kvirikashvili said.

That hasn't happened yet. The GD government isn't talking about the impending move because it doesn't want to lose support in Kutaisi ahead of the October elections, many in Kutaisi believe. Likewise, the mayor of Kutaisi – a GD member – avoids the topic, Berdzenishvili said.

The mayor's office, a spokesperson for the Georgian Dream faction in parliament, and Kvirikashvili's office all declined requests to comment.