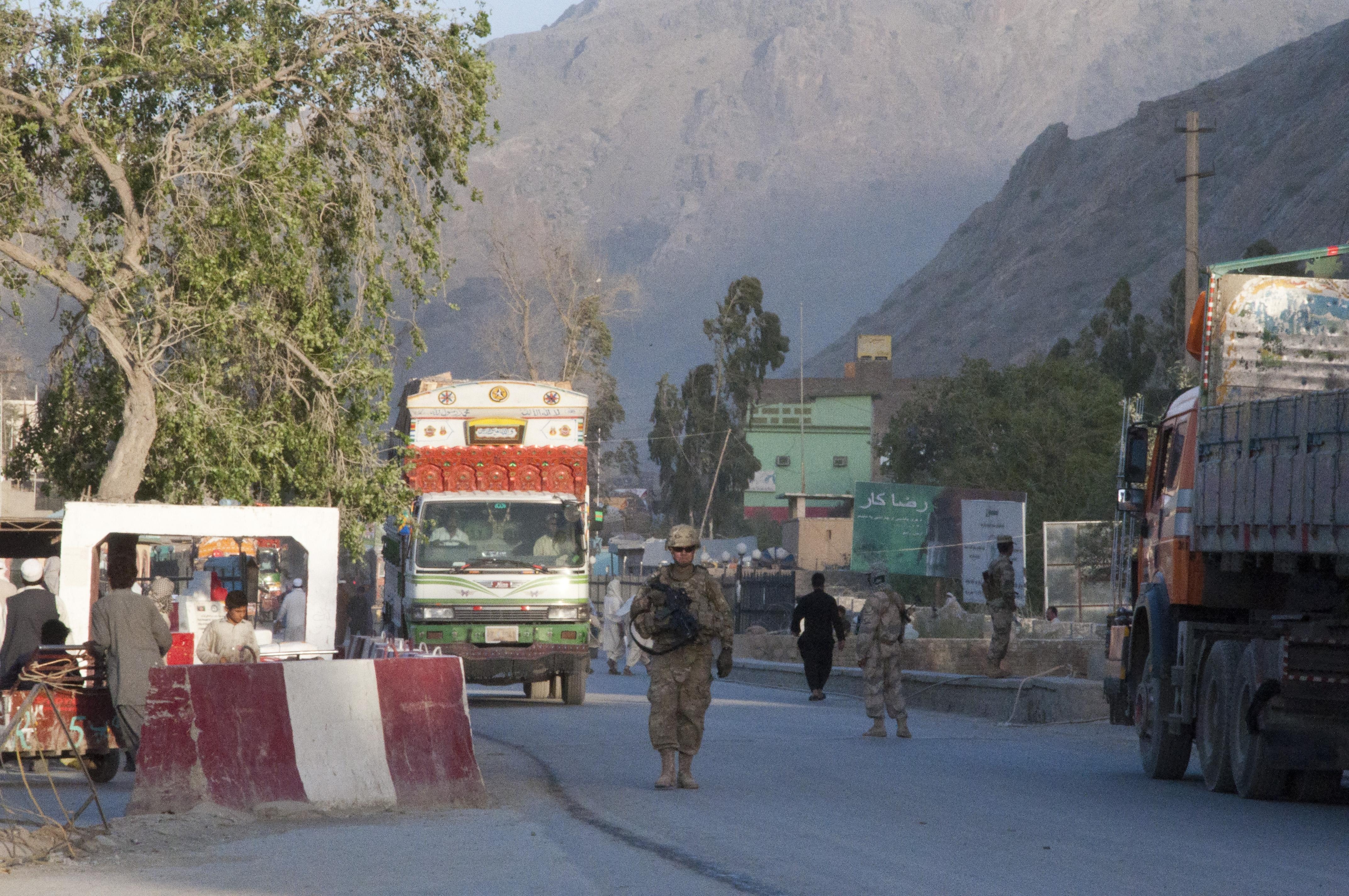 The United States military is reducing its usage of Central Asian supply routes for Afghanistan as Pakistan's shorter, simpler routes have again fully opened to U.S. traffic. That's according to the deputy commander of U.S. Transportation Command, Lt. Gen. Kathleen Gainey, in an interview with Defense News. In the interview, Lt. Gen. Gainey declines to give any specific numbers, but it's clear that the Central Asian routes -- known as the Northern Distribution Network -- are too bureaucratically arduous to use regularly, and are useful only as a backup to Pakistan.

Recall that two years ago, Pakistan abruptly shut off its roads to U.S. and NATO transport after a NATO attack over the border from Afghanistan killed more than 20 Pakistani soldiers. About a six months later Pakistan reopened the border, but it's taken until now for the Pakistan routes to get fully up to speed. And with that, Central Asia has taken a back seat, Lt. Gen. Gainey said:

Q. Speaking of Pakistan, what’s the current status of the supply routes? How are things flowing in comparison to before the shutdown?

A. We are almost back to normal levels for Pakistan. There are some different processes that we’re using, different security, different customs documentation, different review and screening requirement of excess cargo that’s exiting country, etc. So there are some additional tasks that we have to perform. It’s not as simple as it was before.

Q. Are you continuing to expand the Northern Distribution Network?

A. No, [but] we’re continuing to use the Northern Distribution Network; not at the volume we had been, but we are continuing to use it because you’ve got to keep some lanes warm as a result of needing to possibly go back to that. So there isn’t much going through there now, but there is still some and we’re trying to make sure that that is spread out on all of the routes.

Q. How much longer does it take to move supplies through the Northern Distribution Network?

A. Two to three times [longer than the Pakistan route]. It just depends on the commodity.

Q. That’s just because it needs to cross through so many more countries?

A. Exactly. So, there’s a customs process at each place, and each one has to be trans-loaded because you’re going to go from truck to rail then back to truck and then to a port for a ship, so a couple of additional steps, and anywhere from three to five customs processes to go through. So that translation and documentation, etc., all takes time. And of course, they want to inspect all of the equipment as it goes out.

That, taken together with the impending pullout from the Manas air base in Kyrgyzstan, paints the picture of a steadily declining U.S. military role in Central Asia.