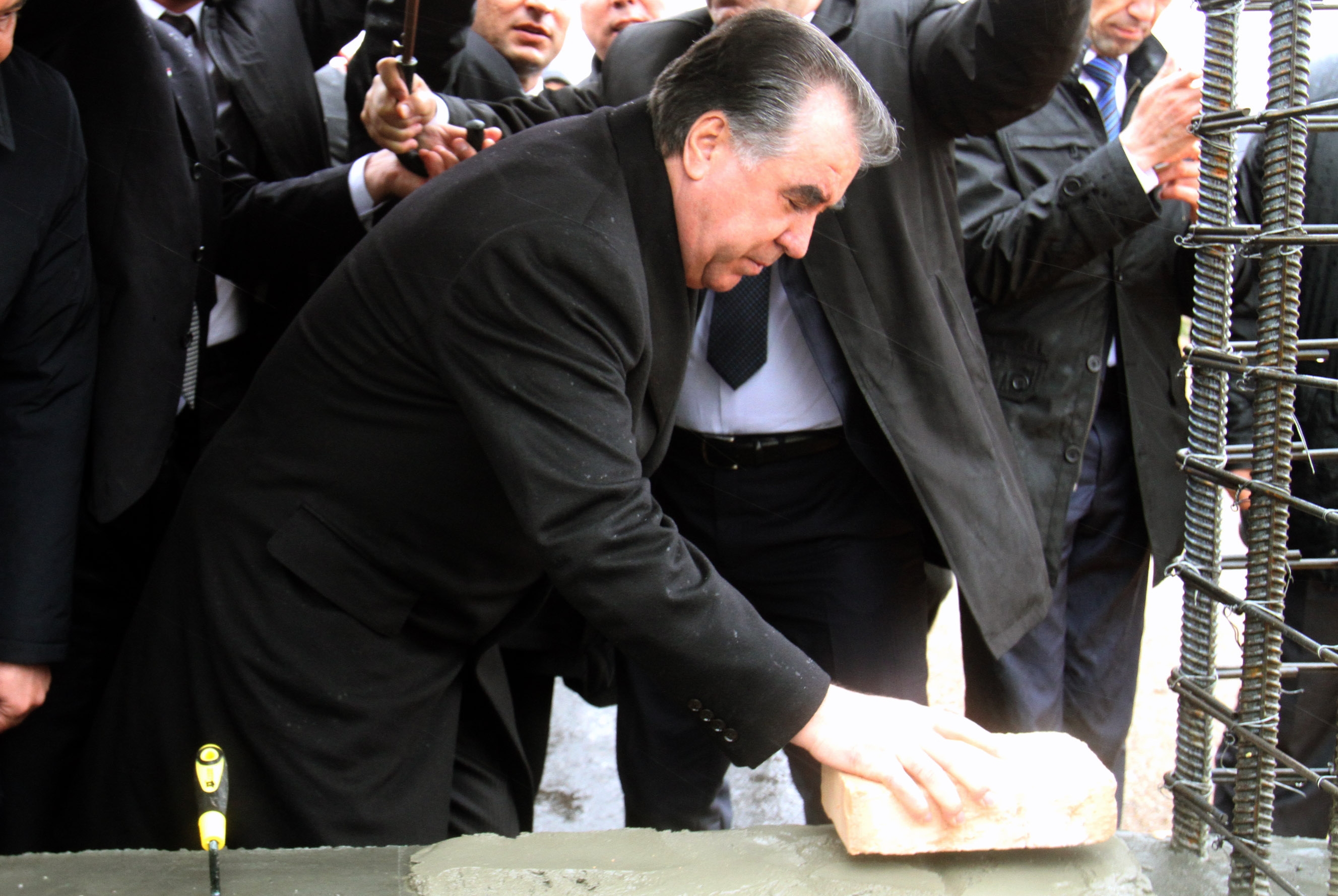 Tajikistan’s population has more than doubled since 1979. With an annual growth rate of 2.3 percent, Tajikistan has the fastest growing population in Central Asia (the global average is around 1.2 percent), according to UN data.

The new city project – located 10 kilometers from Tajikistan’s second-largest city, Khujand – will house 250,000 people, the president’s website reports. Rahmon suggested the new city be named Saihun, after a nearby river. He ordered the building of over 50 new schools and 40 sports facilities. Over 7,000 hectares of orchard will rise from the desert, he promised.

The strongman likes to build. Last week, Rahmon laid the first stone for the region’s largest theatre. In 2011, he unveiled the world’s tallest flagpole (which was recently surpassed by another vainglorious dictatorship, Saudi Arabia). Tajikistan already boasts the world’s biggest teahouse, the region’s largest library (with few books) and has, for years, been building its largest mosque.

Projects tend to take longer than expected. The mosque was scheduled for completion in 2014, but will now open its doors in 2016, at the earliest. In 2012, local authorities pledged to build a new international airport in the president’s rural hometown. But three years later there’s little to show for that promise.

So, judging by past schemes, there is a decent chance Saihun will be a lonesome white elephant.

It is unclear who will end up footing the bill, moreover. The official report calls on wealthy locals to contribute. They may have no choice: Radio Ozodi reports the new city will be built on land owned by local businessmen. The Tajik government has a record of forcing people off their land in the name of national development; it is currently moving 42,000 villagers to make way for the world’s tallest dam at Rogun.

Besides wastefulness, Rahmon’s vanity projects also raise corruption concerns. Graft is deeply rooted in Tajikistan, and in kitchens across the country one hears grumbles about local officials thinking up useless construction or remodeling projects to pocket state funds. The country languishes at 152 out of 175 globally in the most recent 2014 Corruption Perceptions Index.

A 2014 State Department report painted a bleak picture of how money gets spent in Tajikistan: “Cronyism, nepotism, and corruption create a business environment that favors those with connections to government officials.”

Commenting on the new city in the desert, regional expert Paul Stronski at the Carnegie Endowment tweeted, “such projects [are] rarely a good idea and exacerbate corruption.”