Tens of thousands of Georgian workers are unable to access Turkish tea plantations while the border remains closed. Cultivators are anxious over debt and further privatization. 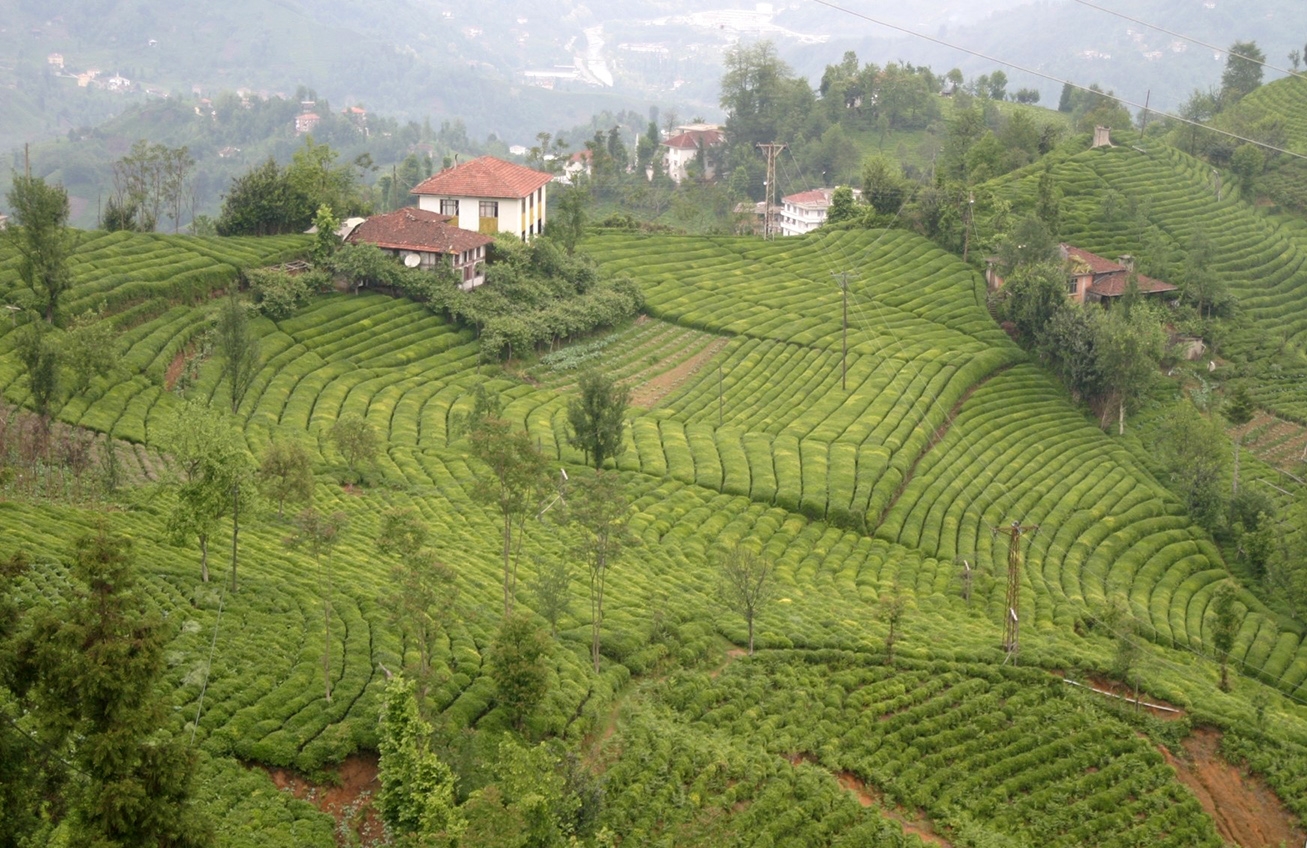 Sevcan Altunkaya was 15 when she started picking tea on her family’s farm on Turkey’s Black Sea coast. Like many young people in the rural region, she left after high school. The Georgian border is a brisk one-hour walk and her family could easily find Georgians – mostly young women from remote mountain villages – happy for the work.

That border is now sealed and the Georgians’ jobs another mass casualty of COVID-19.

Some 200,000 families like Altunkaya’s who live off of tea are now suddenly struggling to find workers in the aging communities of northeastern Turkey. This reshuffling threatens a precarious system and may accelerate the privatization of the country’s last state-dependent crop. It’s one many might call critical: Turks drink more tea than any other nation, an estimated 1,300 cups per person annually.

The harvest begins this month and Altunkaya considers herself lucky. She was home before the country restricted inter-city travel on March 28. And her village, Kaya, has started a mutual-aid system where volunteers work one field a day, alternating until the branches are bare.

Farmers from villages without this system can apply to the Turkish employment agency or local municipalities, which have launched a drive to recruit university students and furloughed workers. Paşa Ali Horoz, the president of the chamber of agriculture in Rize, Turkey’s top tea-producing province, told Eurasianet he received up to 5,000 applications – a stopgap to the 30,000 to 40,000 missing Georgians.

Farmers will save on labor costs, but they will lose time and income.

When Altunkaya was in high school in the 1990s, Çaykur, Turkey’s biggest state-owned agricultural company, would buy her family’s entire crop. Two or three people could pick enough leaves to sustain the family. Yet following a sector-wide trend towards privatization – advised by the World Bank and the IMF in the 1990s and completed by the ruling AK Party in the 2000s – Çaykur introduced daily quotas. A farmer might pick 300 kilograms of leaves a day, but Çaykur would only buy 150. The rest she would have to sell to private companies, who paid far less. To make what she used to earn, she would have to sell more. That meant more production, more workers and higher input costs.

With fewer workers available this year, families like Altunkaya’s must hurry: If they don’t complete the harvest within 20 days, the leaves will change color and turn bitter. Leaves that stay on their branches also obstruct the next harvest, in July.

“If the crop stays in the field, there will be economic anxiety,” said Kamil Ustabaş, a tea farmer and president of the People’s House in Hopa, a coastal town not far from Kaya. Across the tea-producing region, such people’s houses, which organize and represent small farmers, published a list of demands they say they need to get through the season. One was for the local government to ensure health and safety. Another was for Çaykur to end quotas. To banks, they pleaded for debt payment extensions to prevent land seizures.

Çaykur says it will raise the quota this month, while limiting the number of days on which it buys leaves. The Rize commodity exchange, which represents private buyers, has recommended the agriculture ministry set prices low but raise monetary support to farmers and loans to private companies. On May 11, President Recep Tayyip Erdoğan announced a base price for tea leaves at 3.27 lira (about $0.50) per kilo plus 0.13 lira in support, a total that is adjusted for recent inflation but below what the people’s houses had requested.

The private sector is allowed to buy below that base price. With the collecting stations of private companies open every day, and farmers wanting to sell quickly to limit social contact during the pandemic, some farmers say they are on the edge of default. They fear they could lose their land, which could then be sold to investors and turned into industrial-grade plantations.

Altunkaya believes the state is “trying to find a middle road,” offering farmers temporary relief while pushing the market to open up in the long-term. This way, “they are turning [the pandemic] into an opportunity.”

In recent years, Çaykur has withered as private tea producers win customers and state subsidies. Losses have mounted since 2017, when 100 percent of the company, then profitable, was transferred to Turkey’s sovereign wealth fund, which is chaired by Erdoğan. Since then, it has gone nearly $300 million into the red. This season, for the first time, it will sell its dry tea reserves to private companies. Such reserves are lifelines in a lean year like this. Yet to encourage constant production and sale, reserve volumes have been dropping and are now at an all-time low.

If Çaykur has stopped short of privatization, it may be because tea farmers have been successful in making their voice heard. About 93 percent of tea cultivators prefer working with Çaykur compared to private companies, said a 2018 survey by Çaysiad, a producers’ lobby.

A century ago, Turkey’s side of the Black Sea was bare. Migrant laborers went not west but east, to tea farms in Georgia. When the Soviet Union collapsed, so did its tea industry.

But in Turkey, the farmers left behind are, due to the extraordinary circumstances this season, finding company again. Relatives who had left for cities applied en masse for permission to travel home for the harvest. Most were denied, but those who made it before travel restrictions were introduced are flexing old muscles.

“This year, we will realize that we weren’t farmers anymore,” said Altunkaya. “And we will value farming again.”

For the Georgian migrants who fed their families by picking Turkish tea, COVID-19 could end an essential trade.

Naomi Cohen is a freelance journalist based in Istanbul.