There has been a recent spate of online sexual harassment of women opposition figures, and activists say the government appears to be behind it. 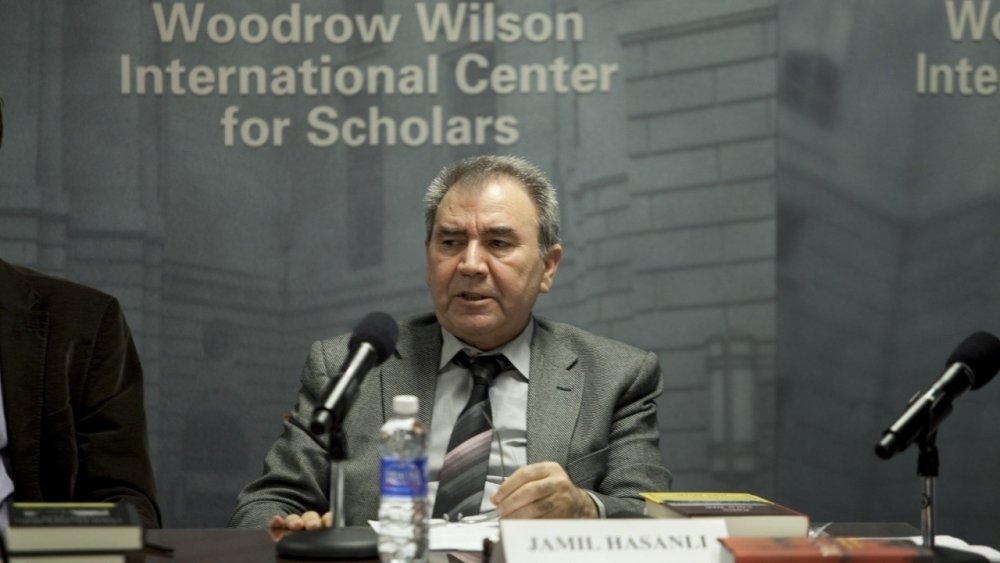 Jamil Hasanli's daughter was the victim of online sexual harassment, the latest in a string of dissident woman to be targeted. (photo: Wilson Center)

The daughter of a prominent Azerbaijani opposition politician has become the latest in a string of dissident women targeted with leaks relating to their personal lives.

Jamil Hasanli announced on his Facebook page that an intimate video of his 38-year-old daughter, Gunel Hasanli, had been released. In the March 28 post he blamed President Ilham Aliyev for orchestrating the leak as a form of “political blackmail” as a means of getting the family to leave politics.

Government officials have denied Hasanli’s claim that there was any state involvement in the leak. One member of parliament, Bahruz Maharramov, told BBC’s Azerbaijani Service that it was “absurd” to accuse the Azerbaijani government. “The government doesn’t need to use such methods,” he said. Elshad Hajiyev, the head of the press service of the Interior Ministry, told Toplum TV that the ministry had not received any information about the video.

But activists say the release of the video fits a pattern of several similar incidents in recent weeks.

Activist Gulnara Mehdiyeva’s Facebook and Gmail accounts were hacked last year. Then in February, private audio messages with a friend about a difficult personal relationship were leaked.

Dissident blogger Mahammad Mirzali said he was blackmailed, via messages from an unknown phone number, telling him to stop his work or else sensitive videos of his sister would be leaked. Videos were subsequently released, on March 5, on Telegram channels and sent to relatives.

And on March 9, the Facebook page of another activist, Narmin Shahmarzadeh, was hacked and personal photos and conversations with other activists were leaked.

There are clear traces of state involvement in the harassment, said Arzu Geybulla, an activist and the founder of Azerbaijan Internet Watch (AIW), a platform that recently published a report on the incidents.

AIW was able to trace IP addresses involved in many of the efforts, particularly phishing and spear phishing, back to the Ministry of Interior or the Ministry of Transportation, Communications, and High Technology.

There also is evidence that Azerbaijani internet service providers or mobile operators are involved, Geybulla said. Many of the activists who suffered attacks had enabled two-step verification on their social media, but never got text messages related to new logins. “That gives us ground to believe that mobile operators are using the intrusive surveillance technology such as black boxes to pass on specific information -- in this case, recovery codes -- to the relevant government bodies,” Geybulla told Eurasianet.

And the pace of the harassment appears to be increasing. AIW does not track precise numbers but documented “at least 15” cases of women activists suffering organized online harassment in 2020, and already more than 10 more such cases this year, Geybulla said.

AIW also aims to help the victims of harassment, including by working with other organizations like AccessNow Digital Security Helpline to get social media networks to remove harassing posts as quickly as possible. There are often delays in that process.

“Which is unfortunate, and leaves us with little that can be done but to wait and make sure that the person targeted has all the support that's needed at least from a psychological point of view,” Geybulla said.

Hasanli ran for president in 2013 as the candidate of the united opposition, and has been a harsh critic of the government as well as a leading historian of Soviet Azerbaijan.

His political work has resulted in years of harassment from the government, at times involving his daughter. In 2015, she was sentenced to one and a half years in a penal colony for a car accident in which the victim requested that the charges be dropped.

Following the leak of the recent video, a group of other opposition political figures appealed to the presidential administration seeking an explanation for the leak of the video, one of them, Panah Huseyn, wrote on Facebook. Huseyn reported that an unnamed official told the group that it was impossible that state organs were involved, calling it “a large-scale provocation against the state and the government” aimed at spoiling efforts to repair relations between the government and the opposition.

But Hasanli dismissed that explanation, saying that the party he heads, the National Council of Democratic Forces, was not taking part in the discussions that Huseyn’s source referred to. “This dialogue has nothing to do with what happened,” he wrote in a March 30 Facebook post.

One pro-government publication, Bakupost, also suggested that the video’s leak could be a “provocation” against the State Security Service, which celebrated its 102nd birthday on the same day.

Another scholar, Elvar Mirzaoglu, announced that he was leaving the ruling New Azerbaijan Party, chaired by Aliyev, and joining Hasanli’s party as a result of the incident.

“I am very concerned about the silence of the party that I am a member of, and even very worried about my children and relatives,” he wrote in a Facebook post. “Because it seems that personal privacy in this country is not protected by the government, on the contrary, it becomes public.”