Xi Jinping to visit Kazakhstan in the fall

Tokayev's visit to China was his first foreign trip since last month's unrest. 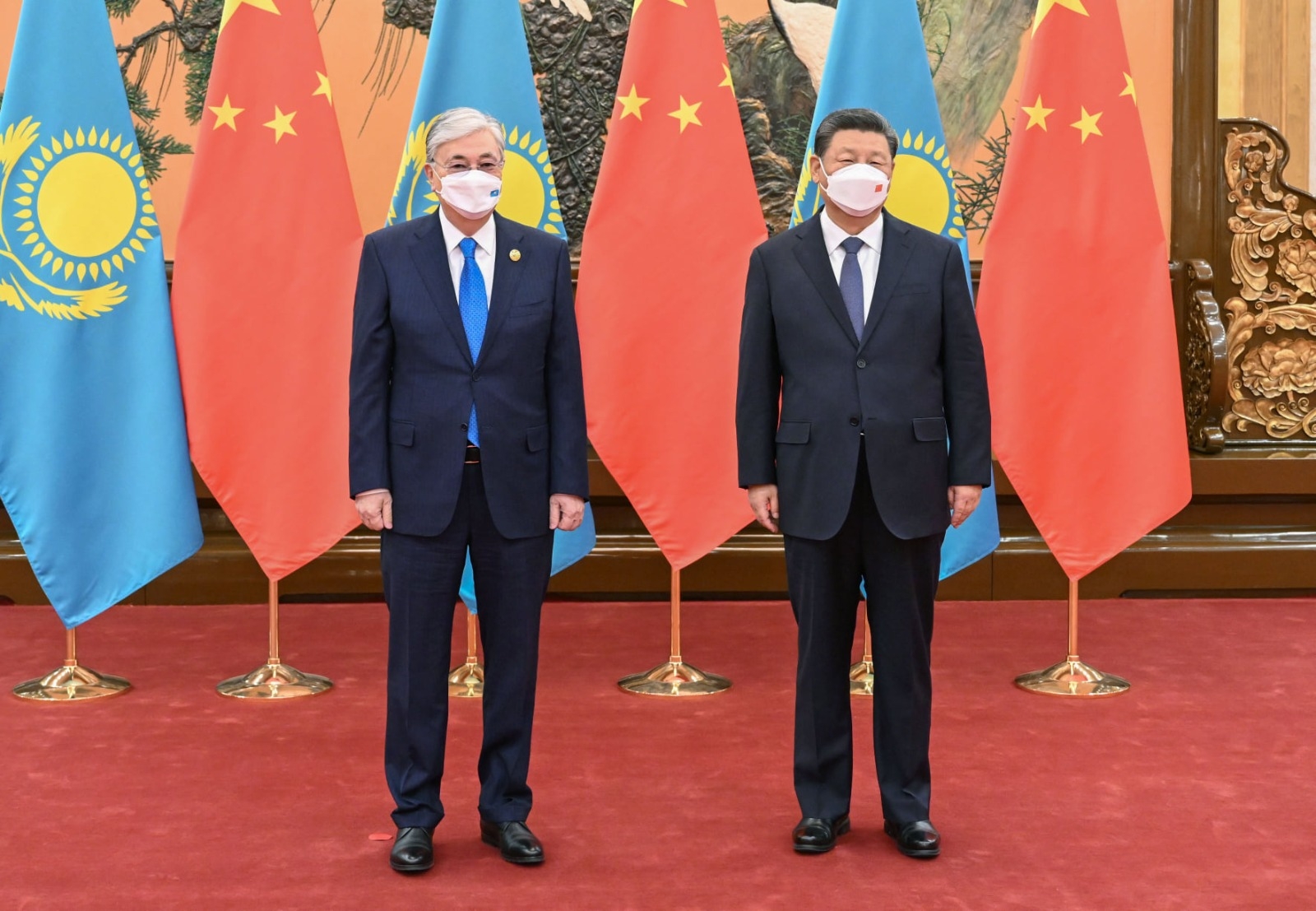 All the things Xi said: Tokayev, left, and his Chinese counterpart in Beijing on February 5. (Photo: Kazakhstan presidential administration)

China’s president Xi Jinping is poised to visit Kazakhstan this fall following an invitation from President Kassym-Jomart Tokayev, who traveled to Beijing last week for the opening ceremony of the Winter Olympics.

The planned trip, which was announced by Tokayev’s office on February 5, would be the fourth made to Kazakhstan by Xi.

Tokayev’s visit to China, meanwhile, is his first foreign foray since the unrest that roiled Kazakhstan last month. He was among a relatively select group of heads of state to attend the Olympic ceremony, which has been widely shunned by Western leaders amid unease at China’s dismal human rights record.

Beijing was notably supportive of Kazakh efforts to crush the disturbances, which Chinese officials described as the work of “external forces” seeking to stage a “color revolution.” At a meeting with Xi on February 5, Tokayev thanked his Chinese counterpart for his “firm, friendly support for efforts to stabilize the situation in the country.”

When the violence reached its peak in the first week of January, however, it was Russia that Kazakhstan turned to for security assistance. Speculation that Moscow might as a result seek to pressure Kazakhstan into diminishing the intensity of its economic relations with other established partners appears not to have come to pass, however.

Tokayev noted with satisfaction that bilateral trade in 2021 increased by 15.2 percent on the previous year, reaching $18.2 billion. Kazakhstan accounts for half of all the trade that China does with the five nations of Central Asia.

In actual fact, the two countries may in reality have done more trade than indicated by Tokayev. According to Chinese customs data, Sino-Kazakh trade in 2021 stood at $25.2 billion. The discrepancy between Chinese and Kazakh data has fueled widespread suspicions, including by Tokayev, of unbridled smuggling.

Law enforcement in Kazakhstan appears to have heeded the signal. KazTAG news agency reported on February 7 that tax officials halted a train on the Kazakh-Chinese border on suspicion of carrying undeclared goods.

Xi met with all five presidents of Central Asia.

In the talks with Uzbek President Shavkat Mirziyoyev, the leaders discussed plans for deepening their strategic partnership.

“During the meeting, note was made of the importance of fully implementing the five-year program on trade, economic and investment cooperation that was signed during this visit,” Mirziyoyev’s office said in a statement.

In the exchange between Xi and Tajik President Emomali Rahmon, talk turned to importing green technologies to Tajikistan.

Rahmon’s office said interest was expressed in prospects for building electric vehicles and solar panels in Tajikistan. Like his Kazakh counterpart, Rahmon invited Xi to visit. His office said the invitation was “acknowledged with satisfaction.”

Turkmen President Gurbanguly Berdymukhamedov, meanwhile, reprised a favorite theme by making the case for construction of a fourth strand of the Turkmenistan-China natural gas pipeline.

“In the process of future cooperation on implementing construction of the fourth route, it is necessary to start discussing gas prices,” Berdymukhamedov was quoted as saying by the Turkmen government website.