Bunin says authorities have provided no explanation for the entry ban. 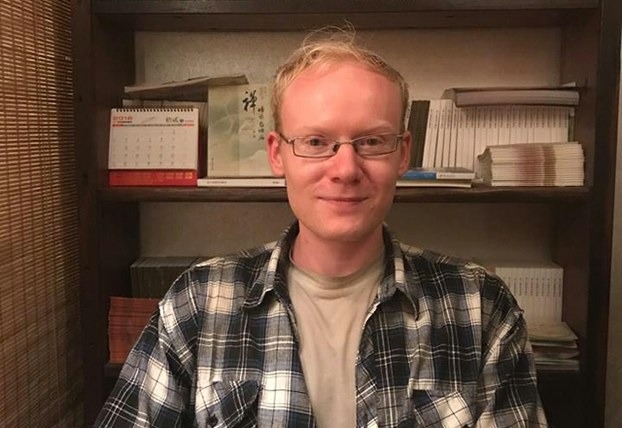 Russian-American national Gene Bunin, a researcher who has advanced the cause of oppressed Muslims in western China through his painstaking work collating the details of victims of Beijing’s systemic abuse, has been prevented for a second time from entering Uzbekistan.

Bunin, who sought to enter the country on his U.S. passport and had secured a 30-day visa for that purpose, told Eurasianet that he was turned back on March 1 while trying to get through a land border crossing from Kazakhstan.

His last failed attempt to travel to Uzbekistan was in November. On that occasion, he had traveled with his Russian passport. Uzbekistan and Russia have a reciprocal visa-free agreement. On neither occasion was an explanation provided by border officials, who instead advised Bunin to turn to the Foreign Ministry.

Bunin believes the apparent entry ban is likely linked to his work on the Xinjiang Victims Database, a project that he initiated to document the mass internment of people from Muslim communities that has been happening in that Chinese region over the past three or so years.

The bulk of the activist’s efforts have been focused on Almaty and the plight of the many thousands of ethnic Kazakhs swept up in what China’s government has sought to characterize euphemistically as training centers. He had visited the Uzbek city of Bukhara for a winter break in 2018 and returned to the country for four short stays the following year.

Bunin told Eurasianet that he had not engaged in any advocacy while in Bukhara. Last August, he was invited to a dinner by scholars and analysts in Tashkent, where he fielded questions about his work and the handful of Uzbek victims in the database, which now has profiles for nearly 8,000 people overall.

Some months before that meeting, however, officers with the Uzbek security services had inquired after him at the guesthouse where he was staying, Bunin said. People he met at the dinner were also questioned. Bunin had returned to Kazakhstan when the officers conducted their inquiries.

With Uzbekistan actively courting Chinese investment, it is probable that they are unwilling to have attention drawn to the limited number of cases involving members of the ethnic Uzbek community in Xinjiang. On the contrary, Tashkent’s diplomatic posture has typically been explicitly supportive of Beijing.

In that spirit, Uzbekistan has avoided statements critical of the Xinjiang crackdown and notably stayed clear of the 23-country statement submitted to the United Nations in October, which was spearheaded by Western governments.

This circumspection has paid off. Chinese investments are pouring into Uzbekistan. Last year, 531 new Chinese companies registered there, a near 50 percent increase on the figure for 2018.

In January, Tashkent welcomed a new economic cooperation office, staffed by Chinese officials, inside its Investments and Foreign Trade Ministry – the first of its kind in Central Asia.

Bunin arrived in Kazakhstan in May 2018, not long after being forced out of Kashgar, where he was working on a book about the Uyghur language. In addition to working closely with the Xinjiang-focused activist group Atajurt, which happened by chance to announce its imminent dissolution on March 3, Bunin has worked with a local non-profit organization to crowdsource medical checkups for former Xinjiang detainees.