Young Azerbaijani opposition candidates have a plan for that

Ahead of parliamentary elections, a slate of young activists is trying a new tack: focusing on ideas and ideologies rather than on just toppling the government 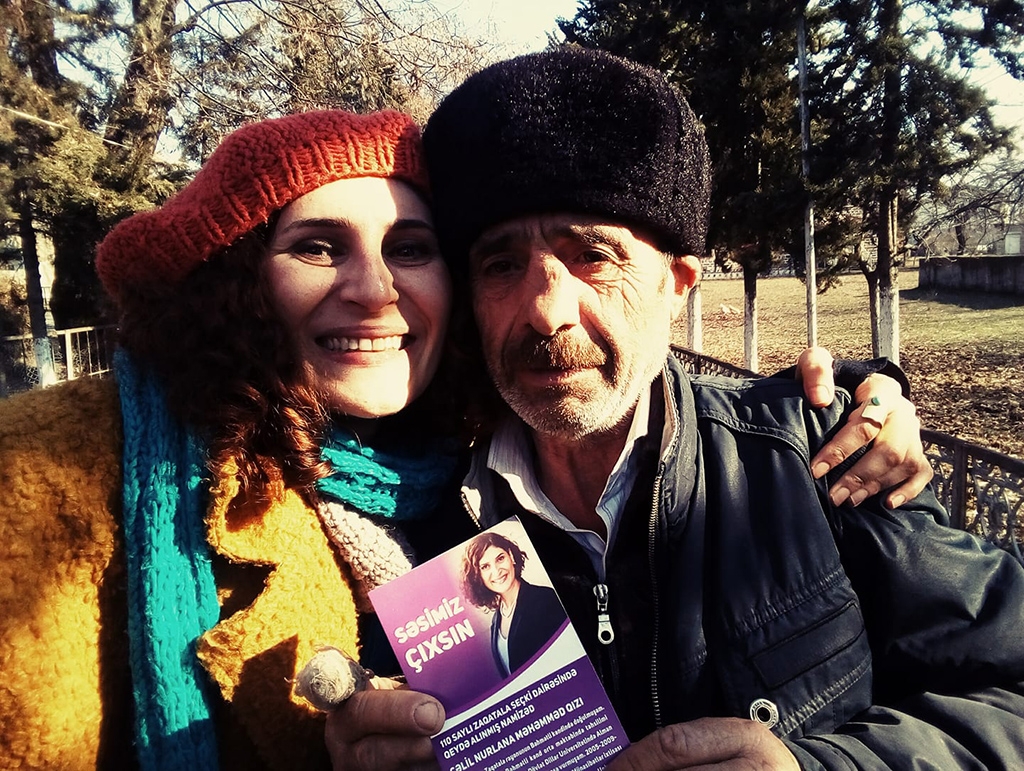 Cavid Qara, a candidate for parliament in Azerbaijan’s northern Quba region, admits that many of his would-be constituents aren’t moved by his declaration of a “climate emergency.”

But he says that when he frames it in terms that rural voters relate to – water quality, irrigation, pollution – they get it. “We have to word it in a different way, to link it to farming and how global warming will affect farming and how it’s affecting it already,” he said. “When you link it like that, it’s interesting for them.”

In previous elections, Azerbaijan’s opposition politicians have traditionally been focused on a single message: the need to get rid of the corrupt, authoritarian ruling regime in Baku. What, precisely, would be the plan after that has not been a large part of the discussion.

But Qara, 28, is one of a group of young activists who are taking a novel approach in the upcoming February 9 vote: a focus on ideas and ideology. Qara has put environmental issues at the forefront of his campaign.

“I’m the only candidate in our district that has a clear platform, the other ones have short brochures with some abstract claims,” he told Eurasianet.

The activists are mostly part of a new bloc, Hereket (“Action”), that is “non-partisan but definitely opposition-leaning,” in the words of Turgut Gambar, one of the bloc’s founders and himself a candidate in the election. Hereket includes a wide variety of ideologies, from the leftist Togrul Veliyev (the “Azeri Bernie Sanders”) to the libertarian Samed Rahimli.

The emergence of Hereket has been one of the few notable developments in an otherwise unremarkable election season, which an interim report by OSCE monitors described as “low key with limited visibility.”

Compared to the last parliamentary elections in 2015, “the current electoral period is accompanied by increased political activeness in the pre-election period, where some positive elements are noticed,” wrote one independent group, the Election Monitoring and Democracy Studies Center, in a pre-election report. “Especially, the participation of the growing number of young opposition-minded candidates in the elections in an independent manner has drawn attention.”

“What we see now, for 20 years the general anti-government campaigns haven’t worked,” Rahimli said. “That’s why we’re trying a different strategy – left, or right, or libertarian, or Marxist, or social democrat, some kind of coherent ideology. Ideology is important – without ideology, pragmatism doesn’t work.”

Rahimli, a prominent human rights lawyer, has been taking his message of small government – decentralization, lower taxes and abolishing military conscription – to tea houses and cafes in his Baku district. He said he has faced skepticism from voters about whether the ideas are workable. “Many people say, ‘this is a very crazy thing for Azerbaijan, it can’t be done in Azerbaijan.’ And I say: ‘I know, but we should talk about it.’”

Despite their disagreements on principles, the activists in Hereket cooperate on logistical matters like making promotional videos or posters and in organizing election monitoring the day of the vote. Rahimli said that in a freer political environment, he would be competing against a leftist, not cooperating with him. “But because of the political reality, we are in the same electoral bloc,” he said.

Not everyone in Hereket believes that ideology should be the focus of the campaign.

Nurlana Jalil describes herself as a feminist, and as she campaigns for a seat representing Zaqatala, in northwestern Azerbaijan, empowering women is a plank on her platform. But it’s behind more technocratic promises like budget transparency and agricultural development.

Jalil said that, in an environment of heavy government oppression, political parties and civil society groups have barely been able to form.

“In this situation how can we develop an ideology?” she asked. “In this moment, we independent young politicians have to build a new era in Azerbaijan. First, we can enter parliament and be the voice of the population, and maybe then after some years we can create the field for some ideologies. Maybe in five years, in the next election, we can run on ideologies. But in this case, it’s impossible.”

There is room for both approaches, Gambar said.

“The main argument was that ‘yes, we can all have different political points of view and ideologies, but first it’s necessary to solve the issue with the government and then we will have elections and we will know who’s who,’” he said. “This is still a very popular approach, and I don’t necessarily think that it’s wrong, because only in a truly democratic society where elections are free, the political party system and ideological system can truly develop. At the same time, I think it’s very good that there are people challenging this view and who want to do their work based on ideological lines. I think that’s good as well.”

It remains unclear whether any of this will matter on February 9. Independent monitors have reported that, in spite of the government’s rhetoric that it is modernizing and liberalizing, significant obstacles to a free and fair vote remain. One of major opposition blocs, the National Council of Democratic Forces, is boycotting because it believes the conditions are unfair. Candidates supported by President Ilham Aliyev’s ruling New Azerbaijan Party benefit from substantial support from state institutions and it will be a major upset if any opposition candidate is elected.

The young, independent candidates have faced varying levels of official harrassment. Jalil was the target of an online campaign attacking her, which she attributed to government troll armies. Qara said police in Quba invited him to the station for a conversation on February 5, but he declined, and said he hasn’t suffered any repercussions. He also said he is bracing for fraud on election day, but has organized dozens of observers to watch polling places.

The Baku-based candidates have faced fewer problems. “In general, they [the authorities] ignore me,” Veliyev said.

The day before speaking to Eurasianet, Veliyev had knocked on 300 doors in his Baku district, spreading the word about his platform of eliminating university fees and raising pensions, among other proposals.  “My campaign is based on leftist ideas,” he said. “We’re thinking about people, not the economy in general.”

Voters are receptive to new voices, he said. “People are tired of the old faces, the same faces,” he said.

There can be some confusion about leftist ideas, though. While canvassing, Veliyev met some government supporters and told them he was a socialist. “They said ‘oh, socialism, we love Stalin!’ We said no, we are not Stalinists, we are socialists, we want a more equal society,” he said with a laugh. “They said they would vote for us.”

Even if they don’t achieve success on election day, the candidates say their strategy is a long-term one.

“Parliament is not our main goal. Our main goal is society. We change society, we change the culture, and we will change our future,” Rahimli said. “Because we are younger, we have a lot of time, this isn’t the last election for us.”

Jalil said she may not win this time. But, she added: “This is not the end for me. Next elections I will run and I will win and I will sit in parliament.”