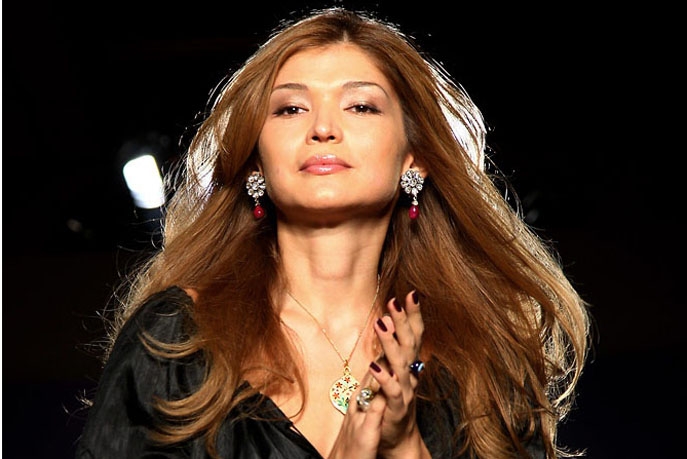 Gulnara may be maxed out. (Photo: Vittorio Zunino Celotto/Getty Images)

The apparent demise of Zeromax, Uzbekistan’s largest conglomerate, may provide insight into the political future of President Islam Karimov’s eldest daughter, Gulnara. Once considered a possible successor to her father, some political experts now believe Zeromax’s current troubles are indicative that Gulnara’s ambitions are changing.

What exactly is going on with Zeromax is difficult to determine. The Swiss-registered entity has been Uzbekistan’s largest employer, operating in a variety of fields, including food processing, textiles and energy. But of late, unconfirmed reports have swirled about the conglomerate, involving layoffs, unpaid debts and tax burdens.

According to a recent report posted by the news website Uznews.net, Zeromax was deemed liable for a half-billion dollars in unpaid debts. And Uzbek opposition media outlets reported in early May that a Tashkent court issued an order to freeze the conglomerate’s assets.

Back in March, Zeromax’s chief executive, Miridal Djalalov, was reportedly detained for “questioning,” but later released. At the time, sources in Tashkent told EurasiaNet.org that Zeromax had “tax problems.”

While there’s plenty of smoke, there’s no way officially to report a fire – yet. Efforts by EurasiaNet.org to get a representative at the company’s Swiss headquarters to comment on the situation did not succeed. A receptionist at Zeromax’s office in Tashkent said the firm’s local press spokesman was “on vacation.”

Even so, it is clear that Zeromax is no longer on the government’s good side. The real question is why? Close observers of Uzbekistan generally believe that Zeromax’s problems are rooted in politics. But there are differing theories as to who is turning the screws on the company.

Djalalov’s detention suggests that a behind-the-scenes struggle among Uzbek oligarchs is playing out, some analysts say. President Karimov himself may have precipitated this clash of economic titans by announcing in late 2009 that there was no room for oligarchs in Uzbek society.

Some analysts in Central Asia say they keep hearing reports that the move against Djalalov and Zeromax is being orchestrated by Prime Minister Shavkat Mirziyaev and National Security Services chairman Rustam Inoyatov, who interpreted Karimov’s remarks as giving them permission to take Gulnara down a notch. Gulnara’s connection to Zeromax has never been formally defined, and she has publicly denied any connection. But it has been widely reported that she has, or at least had a controlling interest in the firm.

In recent years, speculation mounted that she was being groomed to succeed her father, who has ruled Uzbekistan since the Soviet collapse in 1991. But Zeromax’s woes seem to upset such a succession scenario. A few experts believe Gulnara has simply lost interest in having the top political job in Tashkent, and would prefer to maintain a jet-setting lifestyle, and promote her luxury clothing and jewelry lines under the Guli brand. (Karimova also previously persued a singing career under the stage name GooGoosha.)

Widely seen among Uzbek elites as a divisive figure in Tashkent, Gulnara of late has appeared to be been living it up in Europe -- her interest ever more focused on activities in Madrid, Spain, where she serves as Uzbekistan’s ambassador. [For background see EurasiaNet’s archive].

A source who is familiar with the inner workings of Uzbekistan’s business elite, suggested Gulnara decided to part ways with Zeromax because it had outlived its usefulness to her. As an arch-realist, she may have decided that, as a woman in an traditional society like Uzbekistan’s, the challenges involved in succeeding her father were too great, and that she would be better off securing gains already made, and content with living a comfortable life. Given that Zeromax was widely seen as a vehicle for the advancement of Gulnara’s budding political career, it could be easily sacrificed.

“Zeromax [is] done. [They] are not good businessmen. They got overextended and couldn’t kick back to Gulnara anymore, so why does she need them?” the source said.

Andrei Grozin, the director of the Central Asia Department at the CIS Institute in Moscow, said there were “several” ways of interpreting Zeromax’s sudden reversal. “It might be a management clean-up. It might be the restructuring of the property system. Or maybe Gulnara just doesn’t need to invest so much money in the company any more,” he said.

But for Grozin, the hypothesis that rings truest is that Gulnara is retiring her political ambitions. “Gulnara is distant from the decision making center of Uzbekistan. … It is pretty hard to have much influence from Spain,” he said.

“There are a lot of people surrounding [President] Karimov and the other Uzbek political elites who really don’t like her,” Grozin continued. “It might also be that Islam Karimov understands that due to the sexist culture of the country, Gulnara would not be able to hold power for very long.”